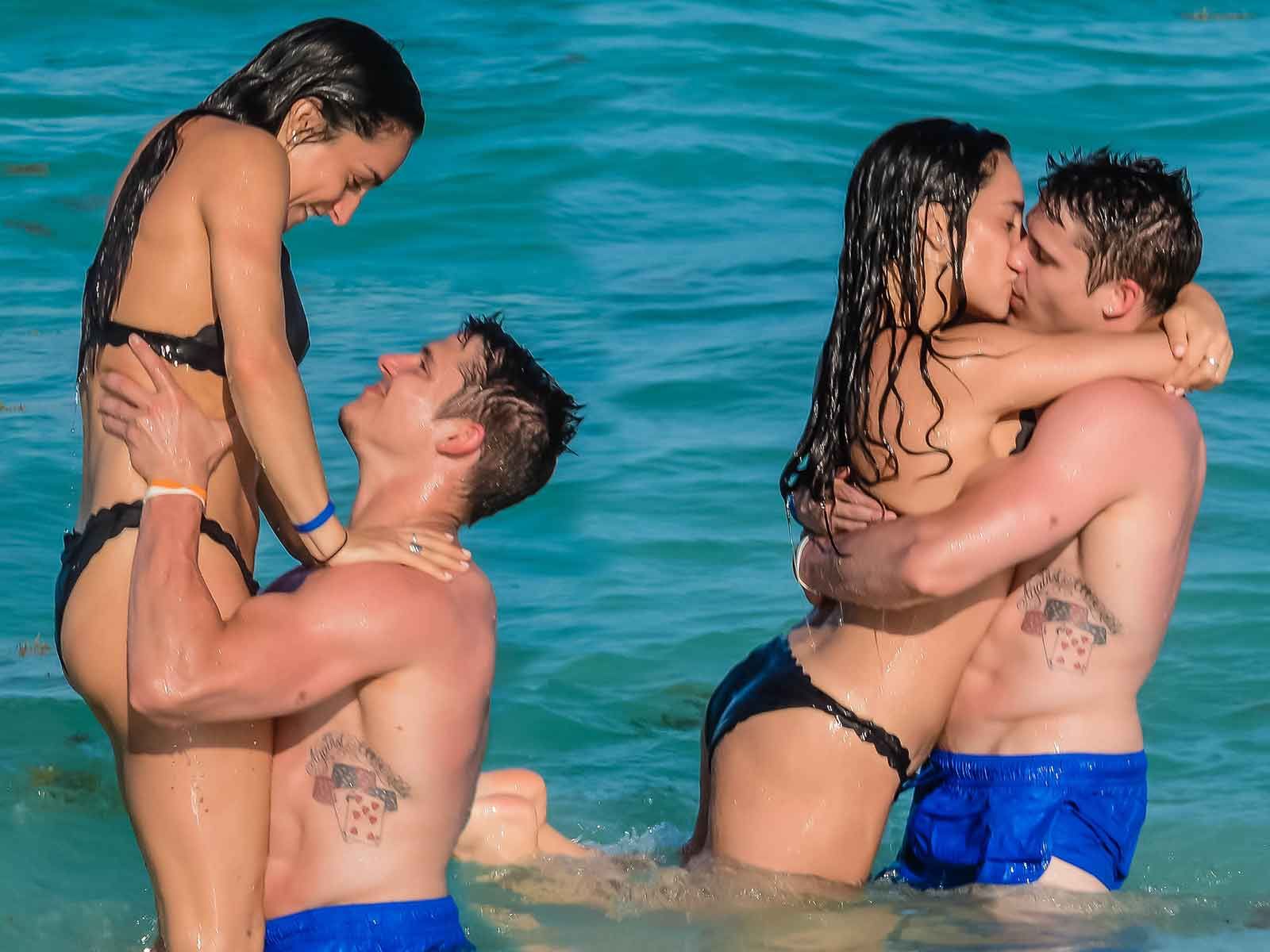 Olympic champion Jordyn Wieber spent her birthday doing all the things she's good at; vaulting, balancing and exhibiting feats of strength. They also all involved her ripped boyfriend, who is also an Olympian.

Wieber, who won gold in 2012 as part of the "Fierce Five," celebrated her 23rd birthday at the Aqua Cancun Beach Resort with Chris Brooks. 31-year-old Brooks is also a former gymnast and was the 2016 men's Olympic captain and these days Wieber is a coach of UCLA gymnastics.

The two spent a few days relaxing at the resort's pools and beach, enjoying some couples' massages at the Aqua Spa, and having dinner at the resort's Thai restaurant, Hidden Garden.

They also did some snorkeling at the nearby underwater caves of Kantun Chi Cenote Park near Tulum. Pretty sweet birthday vacay.

BTW, check out the pics of Wieber lifting her boyfriend off the ground with one arm. Better watch yourself, Chris.