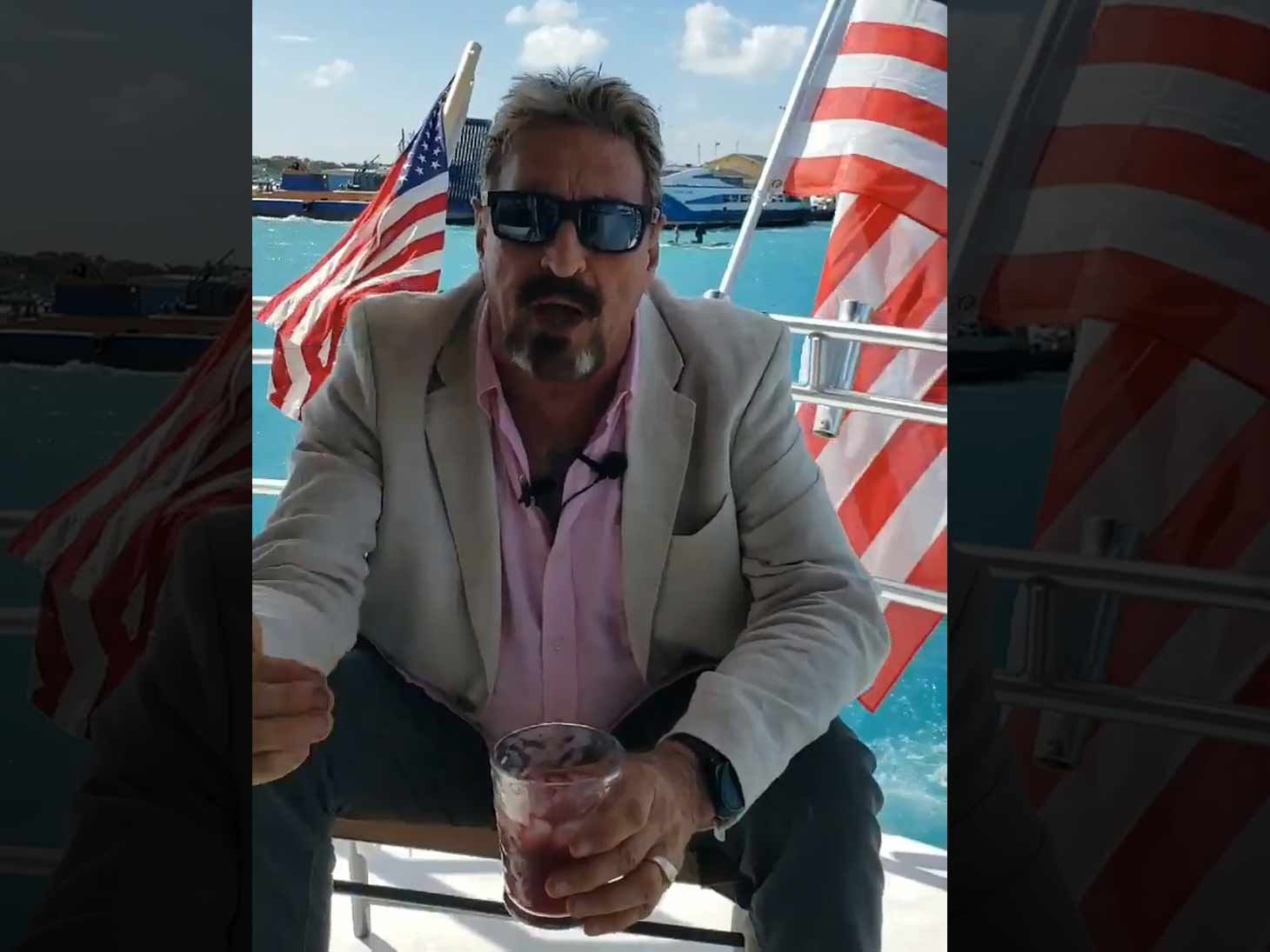 John McAfee may have found the secret loophole to avoiding prosecution from the U.S. for not paying his taxes ... just become the President!

The controversial computer programmer and namesake for the popular anti-virus software released a flurry of videos on Tuesday explaining he is on the run from the I.R.S. after failing to pay taxes for the past eight years.

73-year-old McAfee made the videos from a boat floating in unnamed waters, and made it clear, "We are today at war." McAfee has been a big proponent of cryptocurrencies, and believes his work towards making crypto mainstream has threatened the governments means of collecting income tax from citizens.

McAfee says he has nothing to hide, but himself, and has a plan to manage his campaign while floating at sea. McAfee's campaign workers are creating thousands of masks resembling his face, and handing them out to "road warriors," and other workers who will pose as McAfee and bring his presence into the world while he remains at large.

It also appears McAfee has not yet filed his official intent to run for President with the Federal Election Commission, but that formality does not seem to be hindering the campaign.

All aboard the "Freedom Boat!"