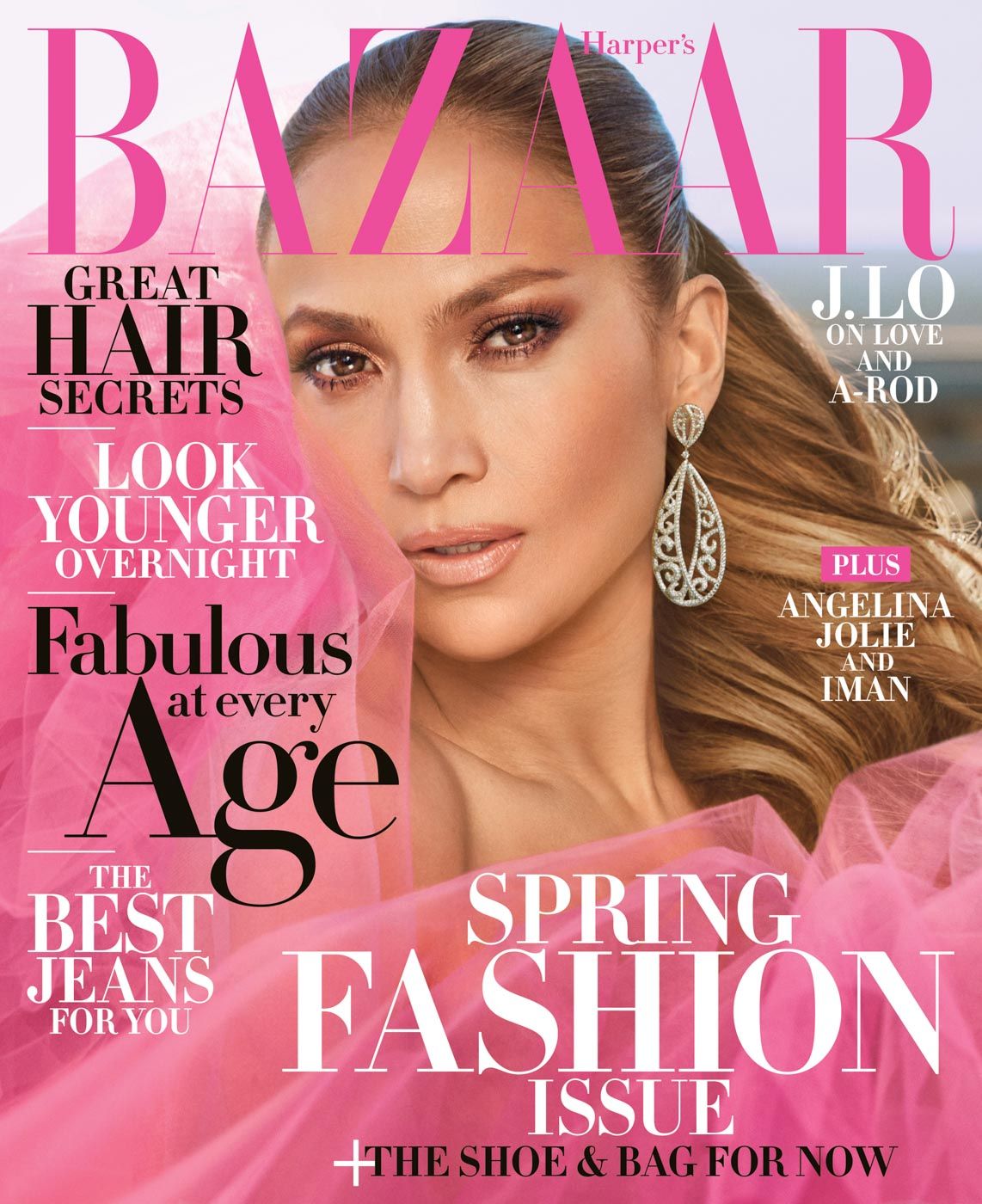 Jennifer Lopez is touching on some serious topics in the April issue of Harper's Bazaar.

JLo opens up about sexual harassment in Hollywood, her future with Alex Rodriguez and her secret to staying youthful. Inside the magazine, she's photographed doing daring acts like swinging over the city and walking the ledge of a high-rise, all the while looking absolutely perfect in couture, of course.

But it's the interview that counts here.
Opening up about sexual harassment:

The singer has opened up about a time when she felt sexually harassed in the workplace. When asked if she had a #MeToo experience, JLo responded, “I haven’t been abused in the way some women have. But have I been told by a director to take off my shirt and show my boobs? Yes, I have. But did I do it? No, I did not."

She goes on to say she spoke up about the event and ultimately still got hired for the project.

"When I did speak up, I was terrified. I remember my heart beating out of my chest, thinking, ‘What did I do? This man is hiring me!’ It was one of my first movies. But in my mind, I knew the behavior wasn’t right. It could have gone either way for me. But I think ultimately the Bronx in me was like, ‘Nah, we’re not having it.’"

Jennifer Lopez is currently the face of Guess. The Blast broke the story, Paul Marciano, who's the founder of Guess, has been accused by several women of sexual assault. We reached out to the singer following the news and got this exclusive response:

“My position on these issues is well known, as I have been very vocal about them. I do not condone any acts of sexual harassment, violation, or misconduct. Any accusations should be fully and thoroughly investigated. I will continue to support our rights as women.”

While she does believe in another trip down the aisle, JLo isn't rushing it. The singer has been dating retired MLB great Alex Rodriguez for a year.

“I do believe in marriage, and I would love to grow old with somebody in a committed relationship. But I’m not forcing anything right now," she told the magazine.

JLo continues to talk about their relationship, revealing, "It’s good, it’s healthy; we communicate well. We understand each other’s lives in a way that most other people couldn’t. We both entered the public eye in our early 20s and overachieved right from the start. And that affects every dynamic in your life, from your family to your work to your relationships. We have a similar makeup.”

She's has been married three times; most recently to Marc Anthony, who she shares two children with.
How she stays so youthful:

It's really no secret that JLo is one of the hottest A-listers in Hollywood, and we've all wanted to know how the 48-year-old has managed to stay looking so good ... well, the answer is quite simple.

“Affirmations are so important. I am youthful and timeless. I tell myself that every day, a few times a day. It sounds like clichéd bullshit, but it’s not: Age is all in your mind," she says.

She also gives a nod to 80-year-old Jane Fonda.

"Look at Jane Fonda. She really leans into the big fundamentals, like getting her rest, eight to 10 hours. She doesn’t drink, doesn’t smoke. She lives a very clean life.”