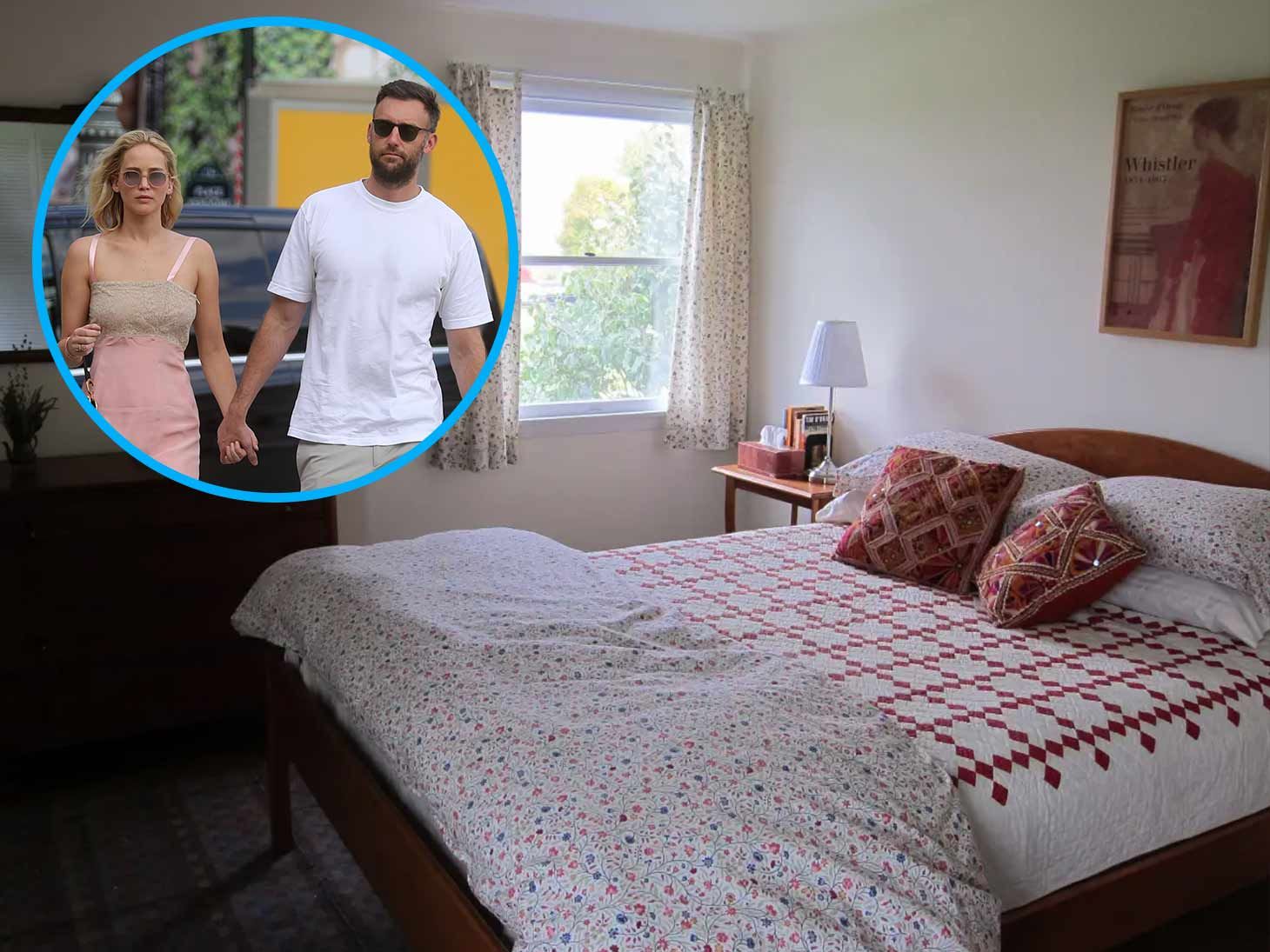 Jennifer Lawrence will not have to look far for a wedding venue when she plans her big day with Cooke Maroney because the star's future in-laws run a gigantic organic farm with the coziest little B&B you've ever seen.

The "Hunger Games" star's rep confirmed the engagement to 34-year-old Cooke Maroney after she was seen out wearing an engagement ring. Maroney works as an art director at the Gladstone Gallery in NYC.

He grew up in Vermont where his parents, James and Suki, own and operate Oliver Hill Farm, a 750-acre organic farm in Leicester, VT. Oliver Hill Farm was once one of the largest dairy farms in Vermont, producing millions of pounds of organic milk per year, but these days the cows are gone.

Oliver Hill Farm now offers up a guest house on Airbnb for city folk looking for a country retreat. The 3-bed, 1-bath cottage sleeps 5 and touts beautiful views of the Adirondacks and Green Mountains.

The Airbnb lists the cottage at $150 per night, and mentions the location is perfect for skiing, hiking, kayaking and biking. The farm has two kayaks and snowshoes for guests, as well as complimentary shuffleboard.

It's unclear if Jennifer and Cooke have considered exchanging their nuptials at the farm, and his parents aren't giving away any spoilers. Reached by phone, Suki thanked The Blast for calling but had "no comment" on the big engagement.