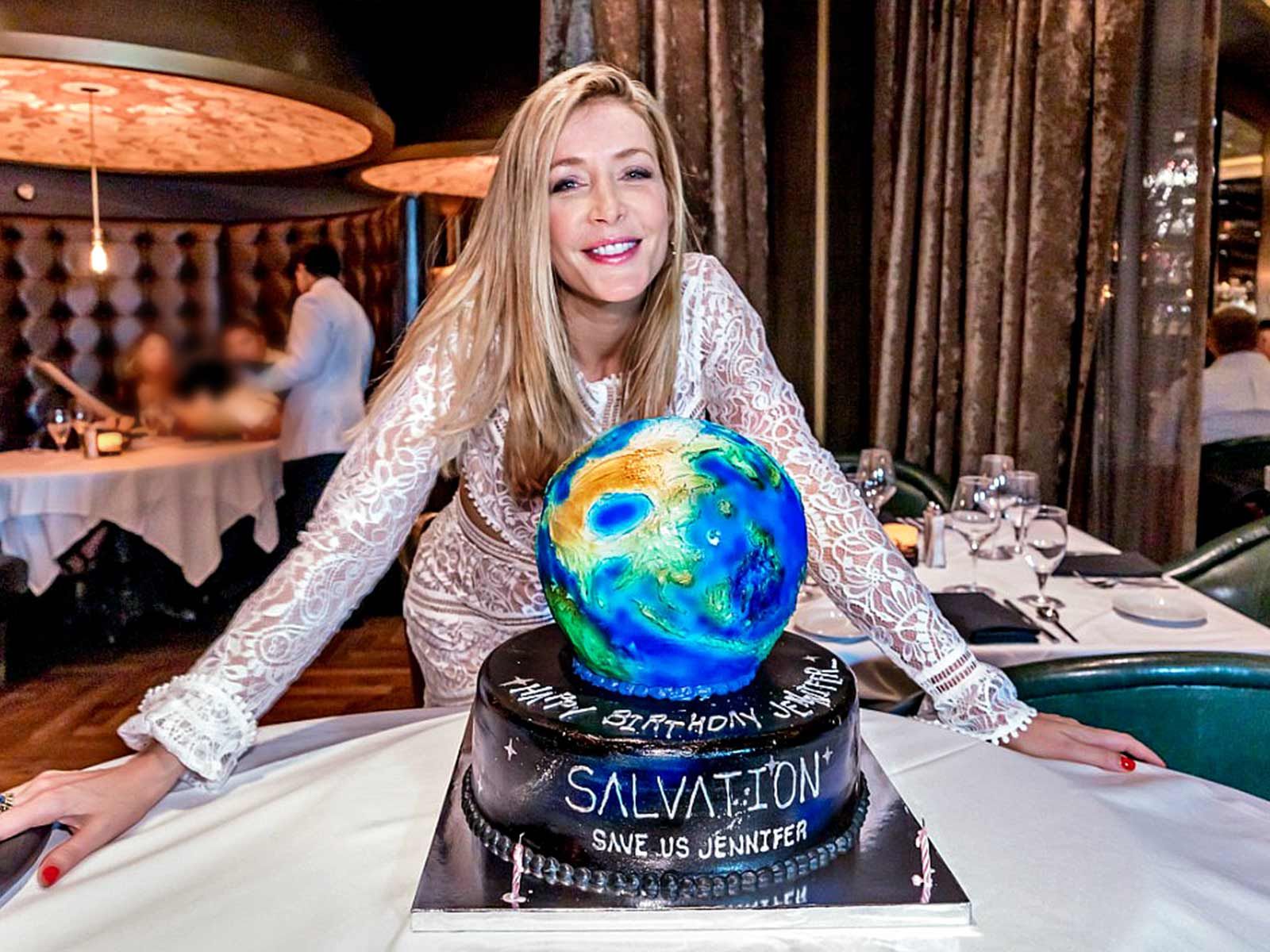 Jennifer Finnigan's character on "Salvation" is usually trying to save Earth, but in reality she carved into the planet and took a bite without even blinking.

The TV star was celebrating her birthday over the weekend at Andiamo Italian Steakhouse at the D Hotel and Casino. The celebratory dinner was thrown by her husband, and "Weekend at Bernie's" star, Jonathan Silverman.

Along for the party was upcoming star of "I Feel Bad," Paul Adelstein, and "Prison Break" star Mac Brandt. The group feasted on salads, oysters, steak and pasta.

After dinner, Jennifer was presented with a completely custom "Salvation" themed birthday cake. The TV star plays Senior Advisor Grace Barrows as she works to save the earth from an impending asteroid collision. The carrot cake, her favorite flavor, was topped off with a line that read "Save Us Jennifer."

Later in the night the two stars were hanging with D Casino Hotel owner Derek Stevens and his wife.