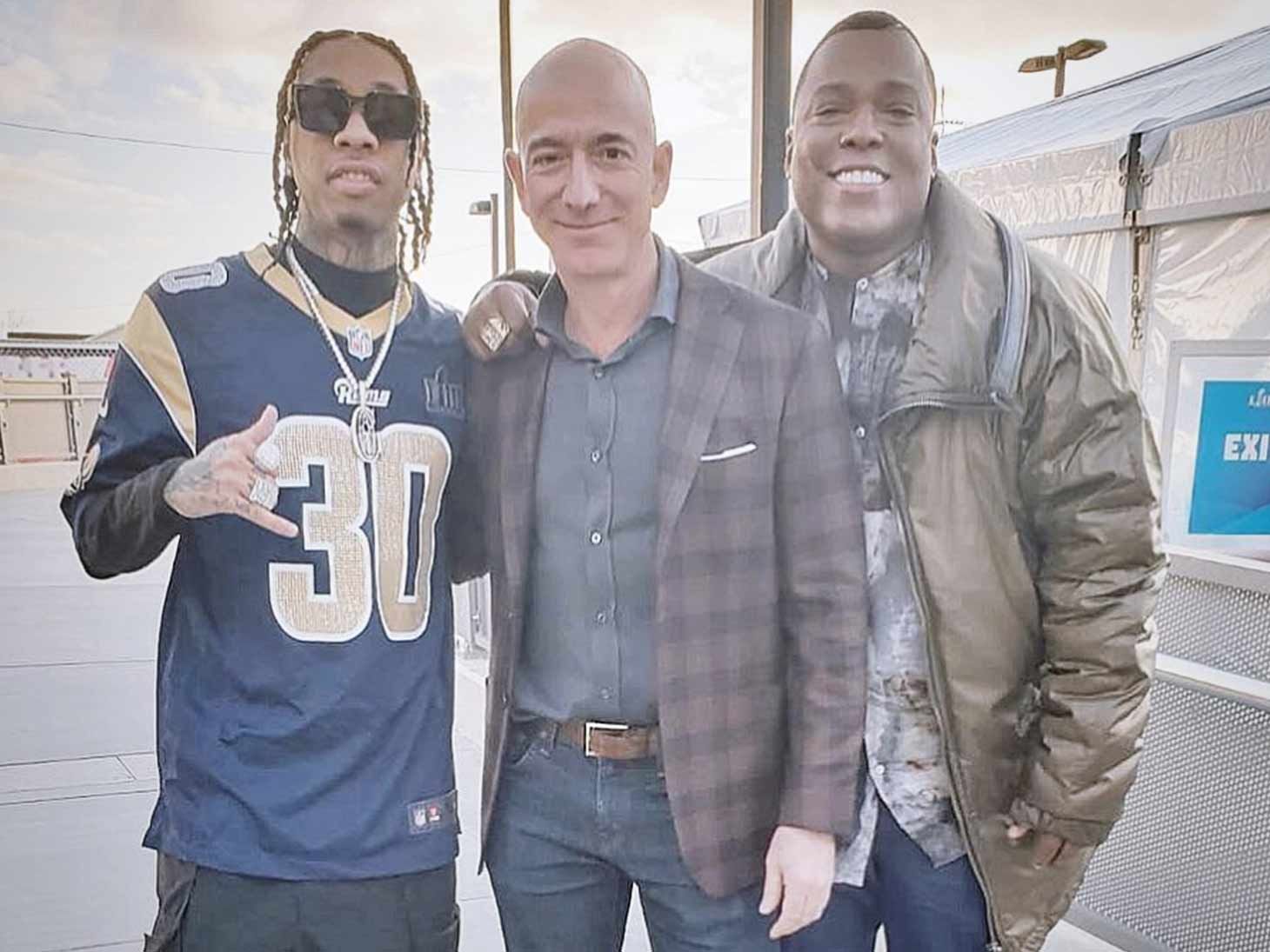 Julian Edelman may be the MVP of Super Bowl LIII, but he's not nearly as cool as Jeff Bezos.

Tyga shared a photo of himself and rapper Won-G with the Amazon CEO, taken over Super Bowl weekend. Won-G wrote Bezos is "a great person with a big Heart," adding, "I'm so happy to be your friend and to study and learn your method to success."

And while it wasn't great publicity, getting caught with an attractive sidepiece obviously didn't hurt his rep too much, as he has continued to attend very public events.