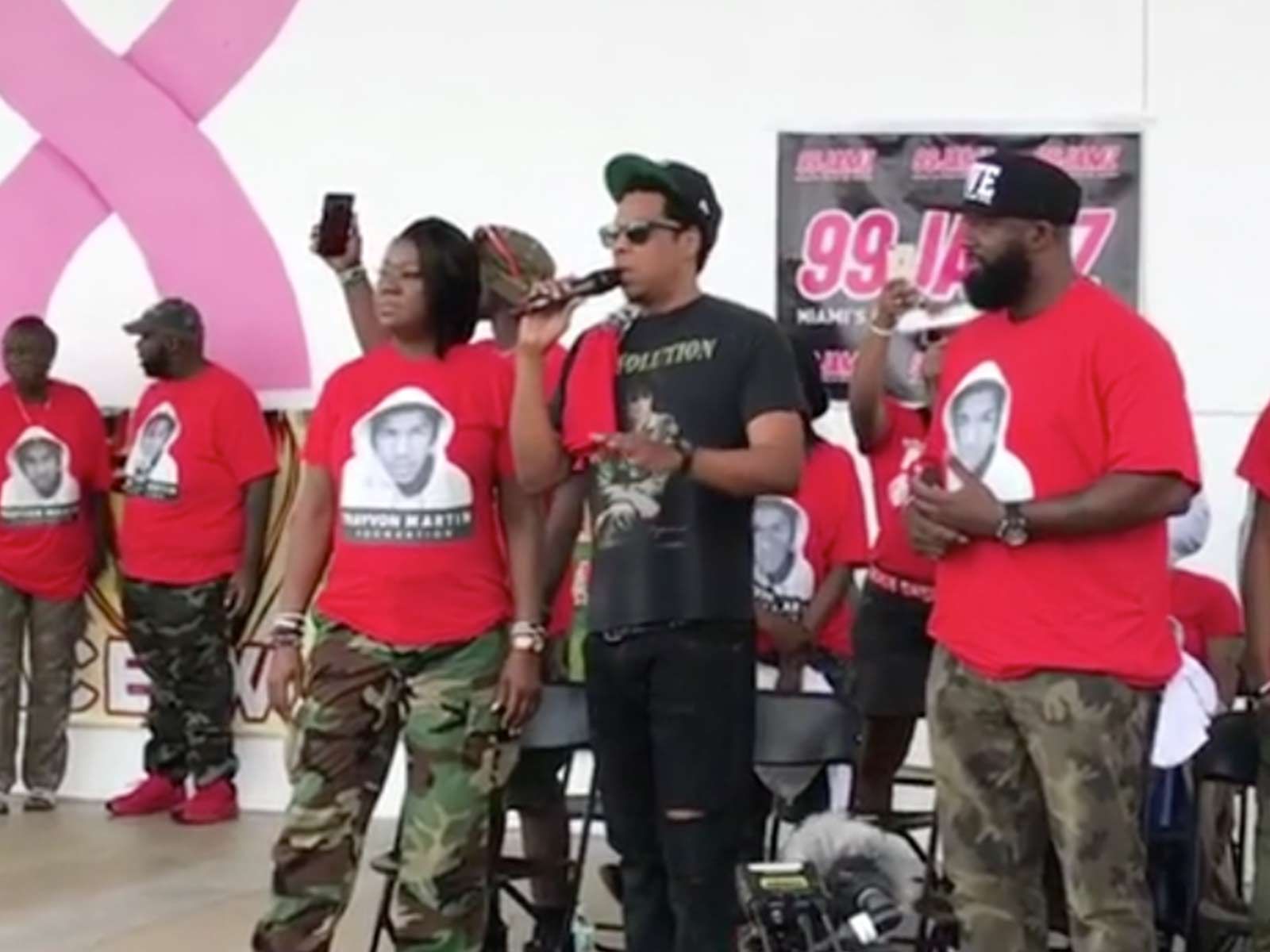 The rapper likened Martin's name to that of Martin Luther King Jr and Gandhi, saying, "[Trayvon's] name will sit alongside some of the greats who lost their life to push our culture forward. The Martin Luther Kings, the Gandhis. That's the intention that we set. That his name serves as a beacon of light and hope and pushes us in a better direction."

The annual march – now in its sixth year – was held in Miami Gardens, Florida to honor victims of gun violence.

Martin, who would've turned 23 this month, was 17-years-old and unarmed when he was fatally shot by George Zimmerman back in 2012. Martin's murder ignited a nationwide conversation that's become what many consider to be this generation's civil rights movement.

Earlier this year, it was announced Jay-Z would be making a 6-part docuseries titled, “Rest in Power: The Trayvon Martin Story,” based on the book “Suspicion Nation” by attorney Lisa Bloom. The project will chronicle the life of Martin, the shooting by George Zimmerman in 2012, and his eventual acquittal.

The Blast previously reported that Zimmerman threatened to "beat Jay-Z" and feed him to "an alligator" after claiming someone from the doc's production team "harassed" Zimmerman and his family for an interview.