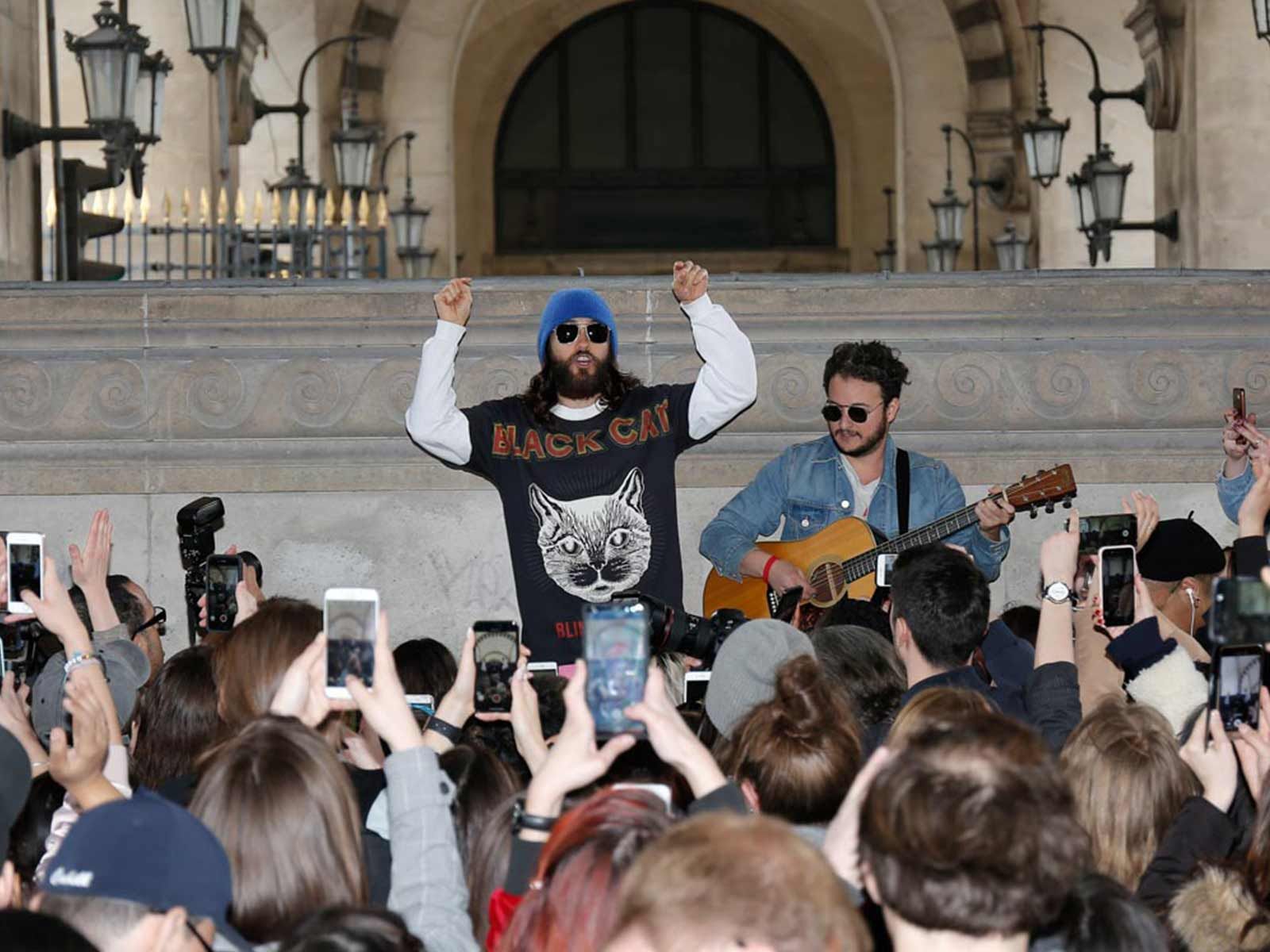 Jared Leto is on a non-stop tour and surprised fans in Paris by hosting a mini-concert in front of one of the world's most historical landmarks.

The Thirty Seconds to Mars singer, who is in Europe for several shows with the band, made a pit stop by The Louvre on Monday. Hundreds of fans gathered outside the museum to catch the band in action.

Leto turned the camera on the crowd to show his excitement as he climbed up the historical steps to perform. He also took some time out to sightsee himself. "Je t'aime, Paris! Stopped by to see Wonder Woman at The Louvre ??," he wrote along a playful photo.

As The Blast reported, Thirty Seconds to Mars recently trekked across America to promote their new album "America" where Leto may or may not have purchased a custom made pink stock car.