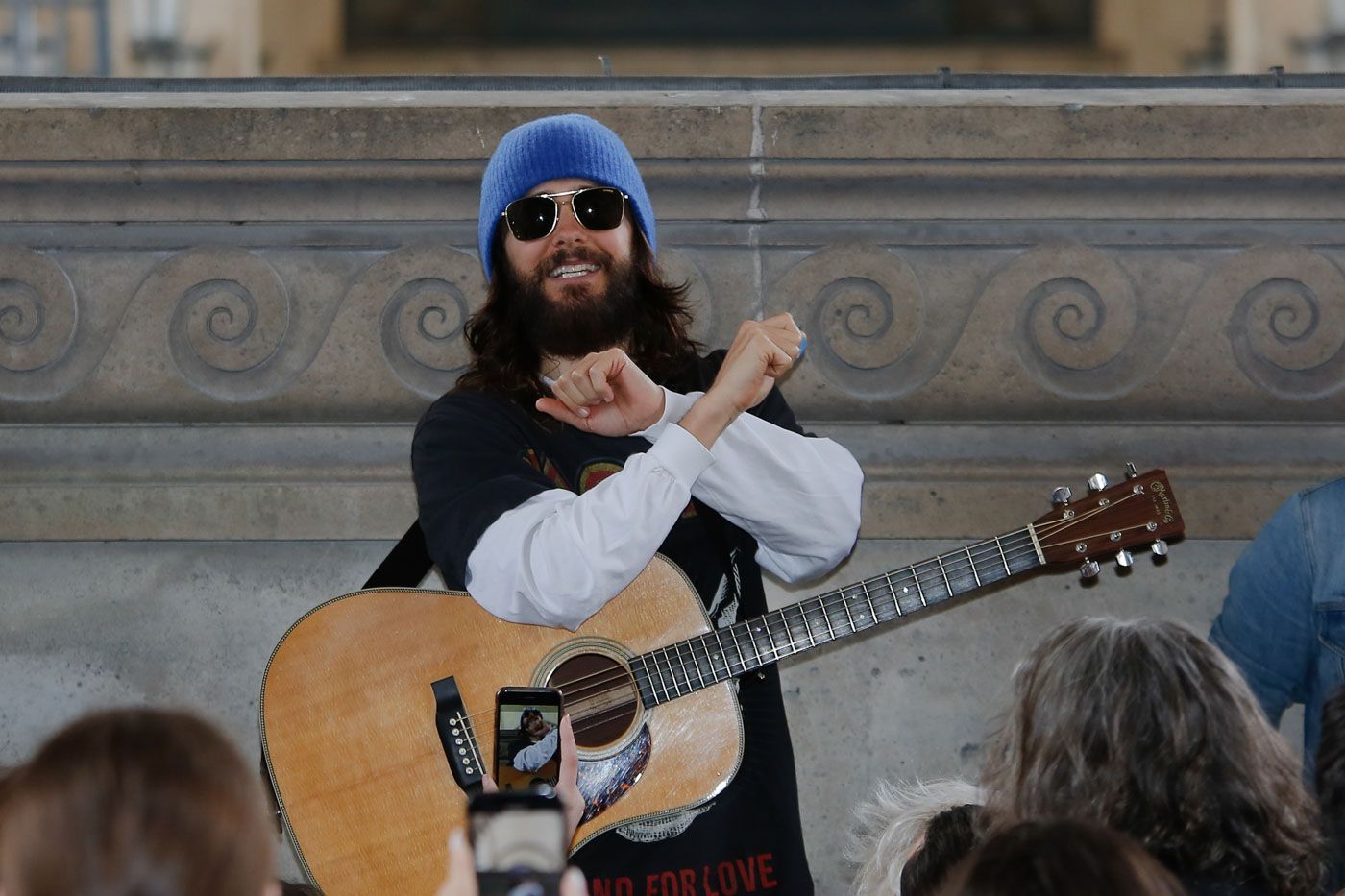 One of Jared Leto's close friends is worried that an obsessed fan of 30 Second to Mars who believes she is in a relationship with the rocker is a threat to his safety and wants her kept away.

According to documents obtained by The Blast, Emma Ludbrook says a woman named Noele Sewell believes she's in a relationship with Leto and thinks that his close circle of friends are preventing her from getting close to the star. Ludbrook says Sewell is already barred from attending 30 Seconds to Mars events and performances, but continues to ignore their request.

She also claims Sewell has called Leto "multiple times and left strange voicemails," and one time sent an email "saying that she was taking an overdose of pills."

Ludbrook says the woman is "delusional and unpredictable" and they are hoping a restraining order will result in an arrest if violated. Ludbrook also claims there has previously been a warrant for the woman's arrest for "continued harassment," and that they already have a restraining order in her "home country," but did not specify where that was.

She says Sewell is a danger to Leto, his brother Shannon and two other people.

Unfortunately for Leto the restraining order was denied until a hearing next month.