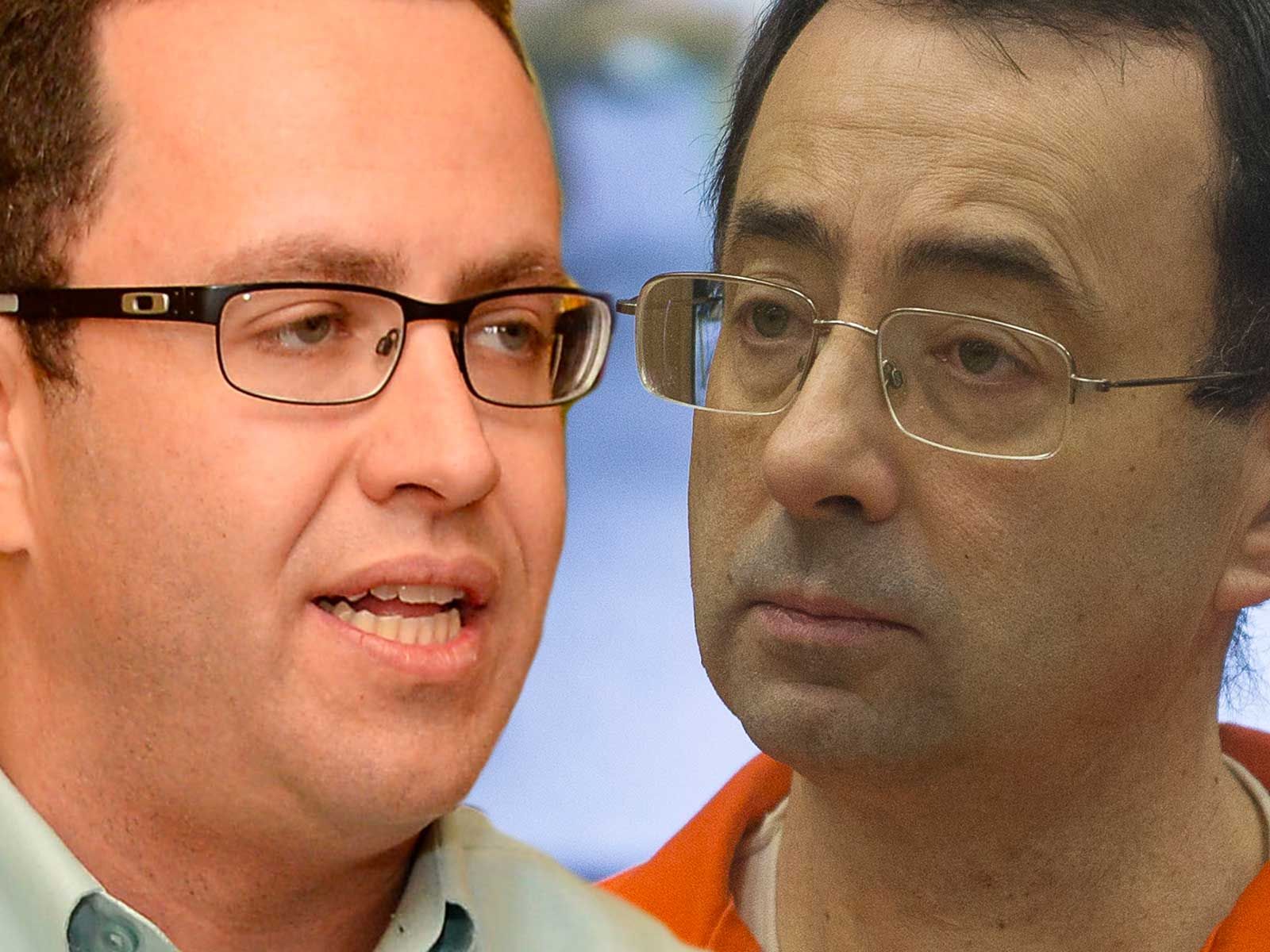 Jared Fogle: Larry Nassar Is Way Worse Than Me

Jared Fogle is desperately trying to get out of prison anyway he can, and now he is dragging disgraced Larry Nassar into his fight by using the disgraced Team USA doctor as a benchmark for his own charges.

He says that "Fogle, in contrast, traveled as a Media Spokesperson for Subway, yet he was in error allowed to be charged" with the "traveling" crime.

Fogle -- who is currently behind bars serving his 15 year sentence -- is questioning why Nassar wouldn't also be charged with the same crime if he was "clearly violating young women" during his medical travels. He claims this is "diverging applications of the law," and wants it dropped.

Fogle is also claiming he was pressured into pleading guilty in the whole case, and wants his plea withdrawn from court. He accuses the prosecution of "tinkering" with a charge to "create crime" and force him to plead guilty or risk being forced into bankruptcy. He also blames his "high priced" legal team for allegedly forcing him to plead guilty.

Lastly, he blames many of his issues on "alcohol and sex addictions" and claims doctors put him on medication to successfully curb his "overactive libido."

Fogle is adamant the courts have been in "grave error of the law."

The court has not yet responded to his motion ... but Fogle is clearly pulling out all the stops to get out of prison.