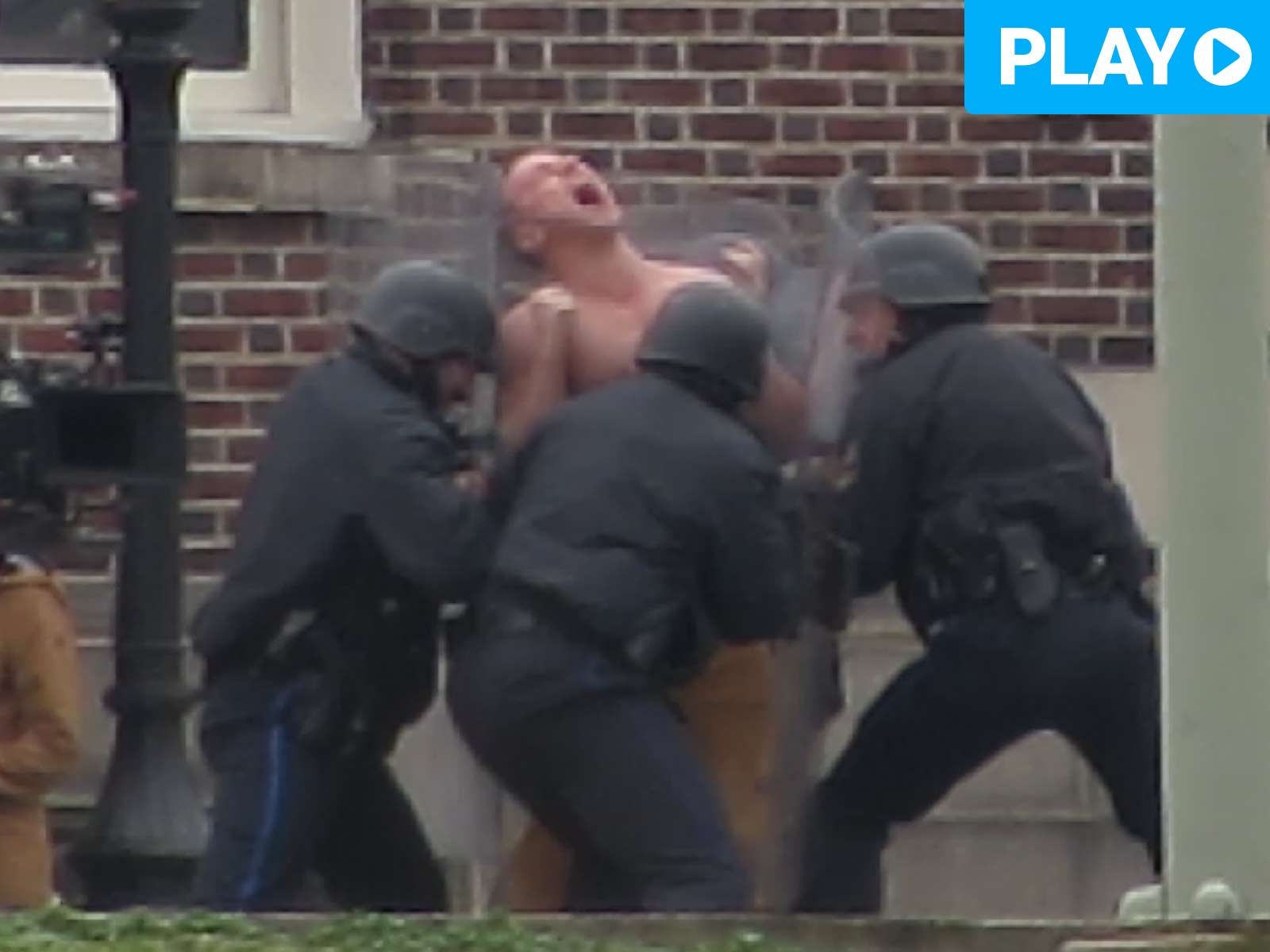 James McAvoy Battles Riot Cops on the Set of 'Glass'

James McAvoy has begun shooting "Glass" — the sequel to both "Unbreakable" and "Split" — and it looks like Kevin Wendell Crumb is still on the rampage.

McAvoy was spotted on Thursday filming at the now permanently shuttered Allentown State Hospital in Pennsylvania, which sounds like the perfect place for McAvoy's character to be hanging out.

For the uninitiated, M. Night Shyamalan's "Unbreakable" and "Split" both take place in the same universe and "Glass" will bring all the characters together. In addition to McAvoy, the film will star Bruce Willis, Samuel L. Jackson, and Anya Taylor-Joy.

The film is scheduled to be released in January 2019.