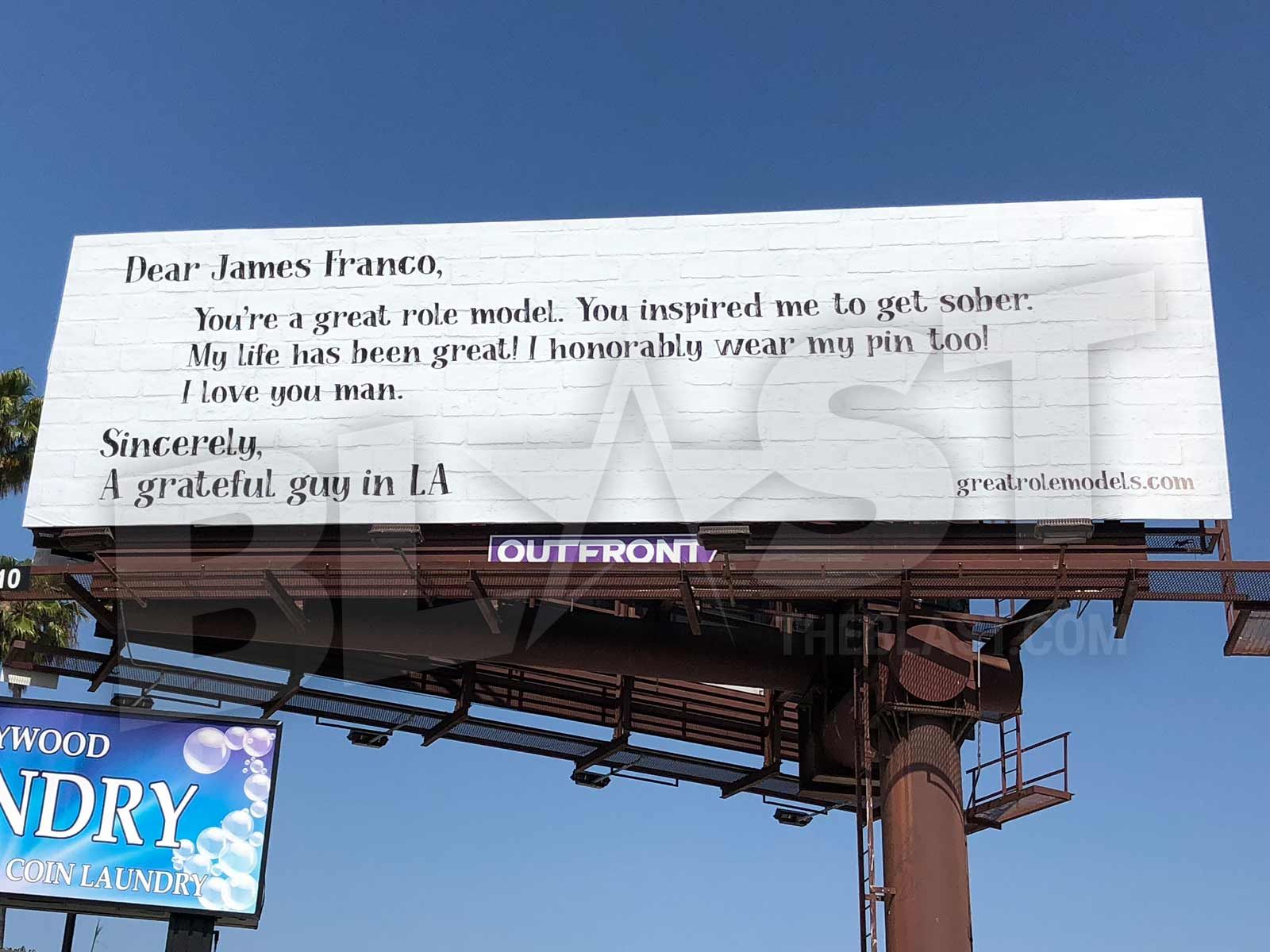 Strange James Franco Billboard Shows Up in Hollywood: 'You're a Great Role Model ... I Wear My Pin Too!'

James Franco either directly or indirectly helped someone get sober, and the person paid tribute to the actor on a gigantic billboard.

The bizarre signboard appeared up in Hollywood this week thanking the "Disaster Artist" star for his help battling addiction.

"Dear James Franco," the billboard begins, "You're a great role model. You inspired me to get sober. My life has been great! I honorably wear my pin too! I love you man."

The reference to a pin is a callback to Franco wearing a "Time's Up" pin at the Golden Globes, and then getting a ton of heat for it.

The message concludes, "Sincerely, A grateful guy in LA."

The billboard also points to a website, greatrolemodels.com, which has a more detailed letter to Franco and one to his mother Betsy, too.

On the site, the unknown person addresses the allegations of sexual misconduct made against Franco, saying, "I do appreciate that the many men that have done horrible things to women are being stopped. I don’t believe you belong among this group of men. There are a couple of other guys that have been pulled in that I don’t believe belong either."

It's unclear if Franco actually knows this person, but we reached out to a rep for the actor and will update when we hear back.