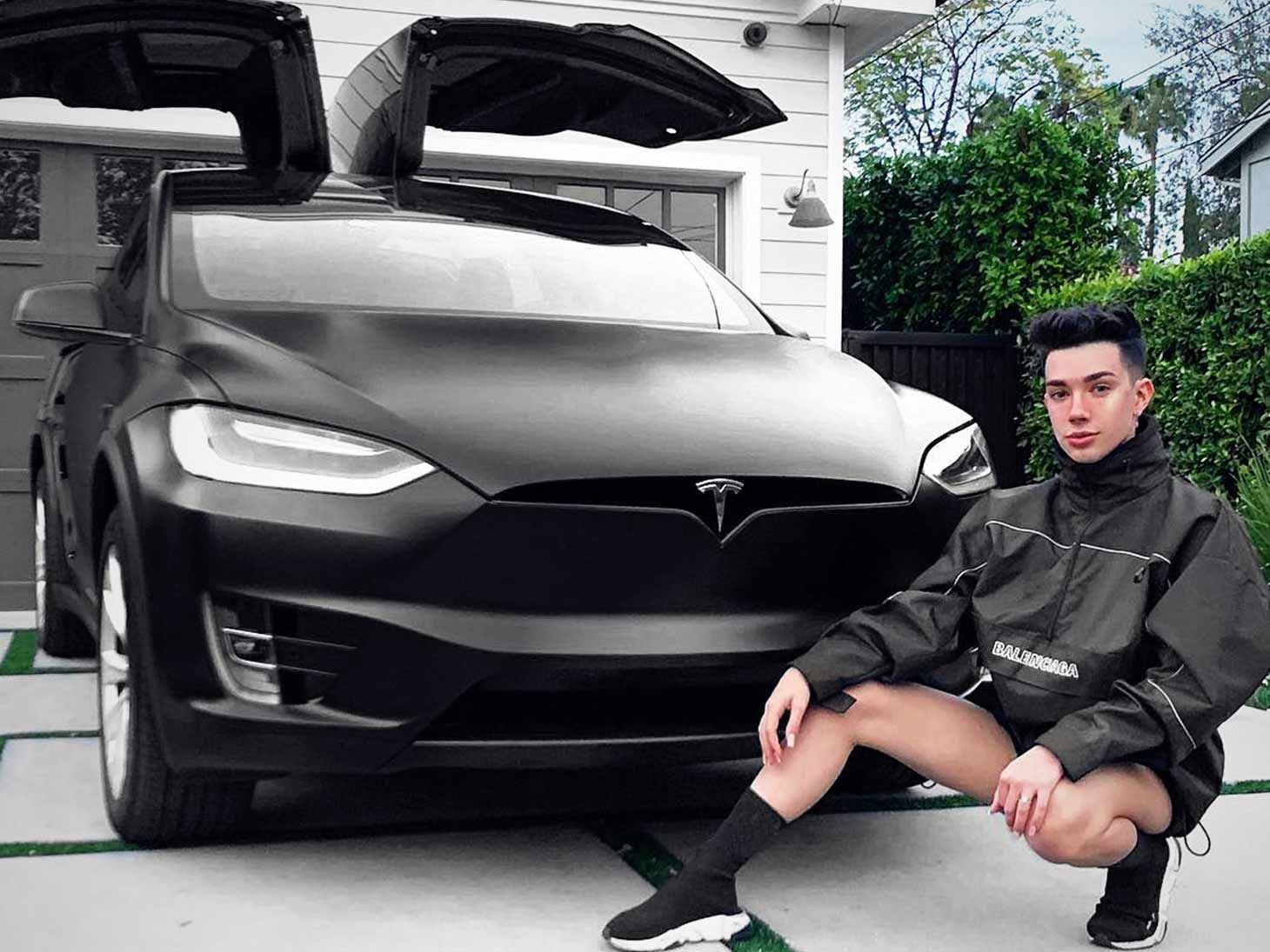 It's a good week to be James Charles.

The 19-year-old beauty influencer showed off his brand new matte black Tesla Model X on social media on Thursday. He captioned the photo, "BEEP BEEP BITCHES ? Guess who finally got their first car?! ??‍♀️ Everyone in California should probably stay home at this point for their own safety ?."

If you've never heard of Charles, and are wondering how this kid afforded a $100,000 whip, let us catch you up to speed.

The YouTuber, who recently bought a massive 5-bedroom home, has been enjoying a seemingly never-ending flood of success ever since he became the first male CoverGirl ambassador in 2016.

James just dropped his first ever eyeshadow makeup palette and brush collection, which he collaborated on with Morphe, and the products almost immediately sold out all around the world.