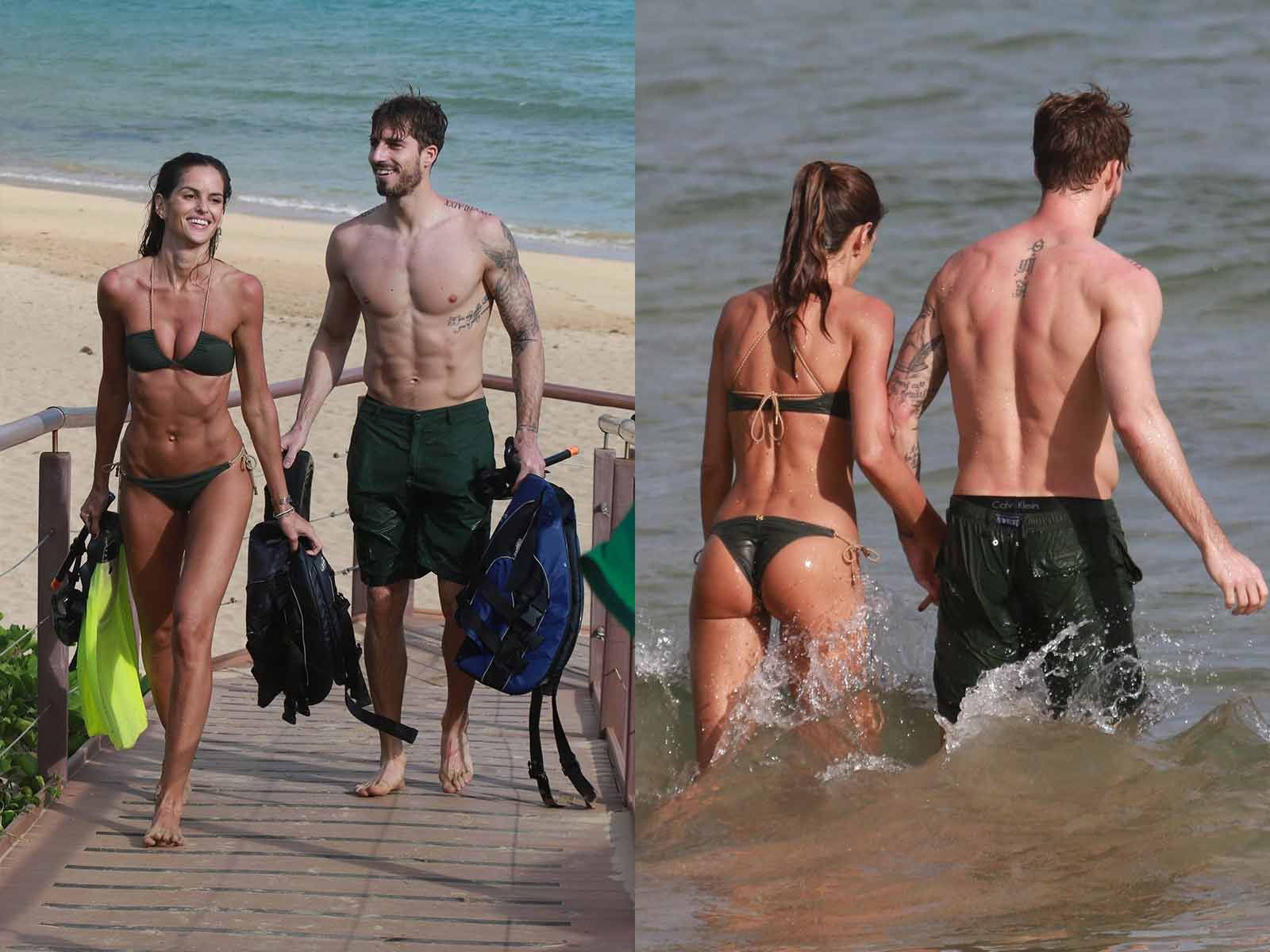 Supermodel Izabel Goulart and her soccer star boyfriend Kevin Trapp gave up ugly Christmas sweaters and truckloads of sweets for swimsuits and snorkeling.

Former Victoria's Secret Angel Goulart, who recently co-starred in "Baywatch," and Trapp, who plays goalkeeper for Paris Saint-Germain and the Germany national team, have been relaxing in Brazil over the weekend, where the weather has been hot and sunny.

On Monday the jacked-up couple went to Fernando de Noronha -- a volcanic archipelago off Brazil's coast.

Trapp usually prevents people from scoring, but something tells us he was waaay off the clock this weekend.