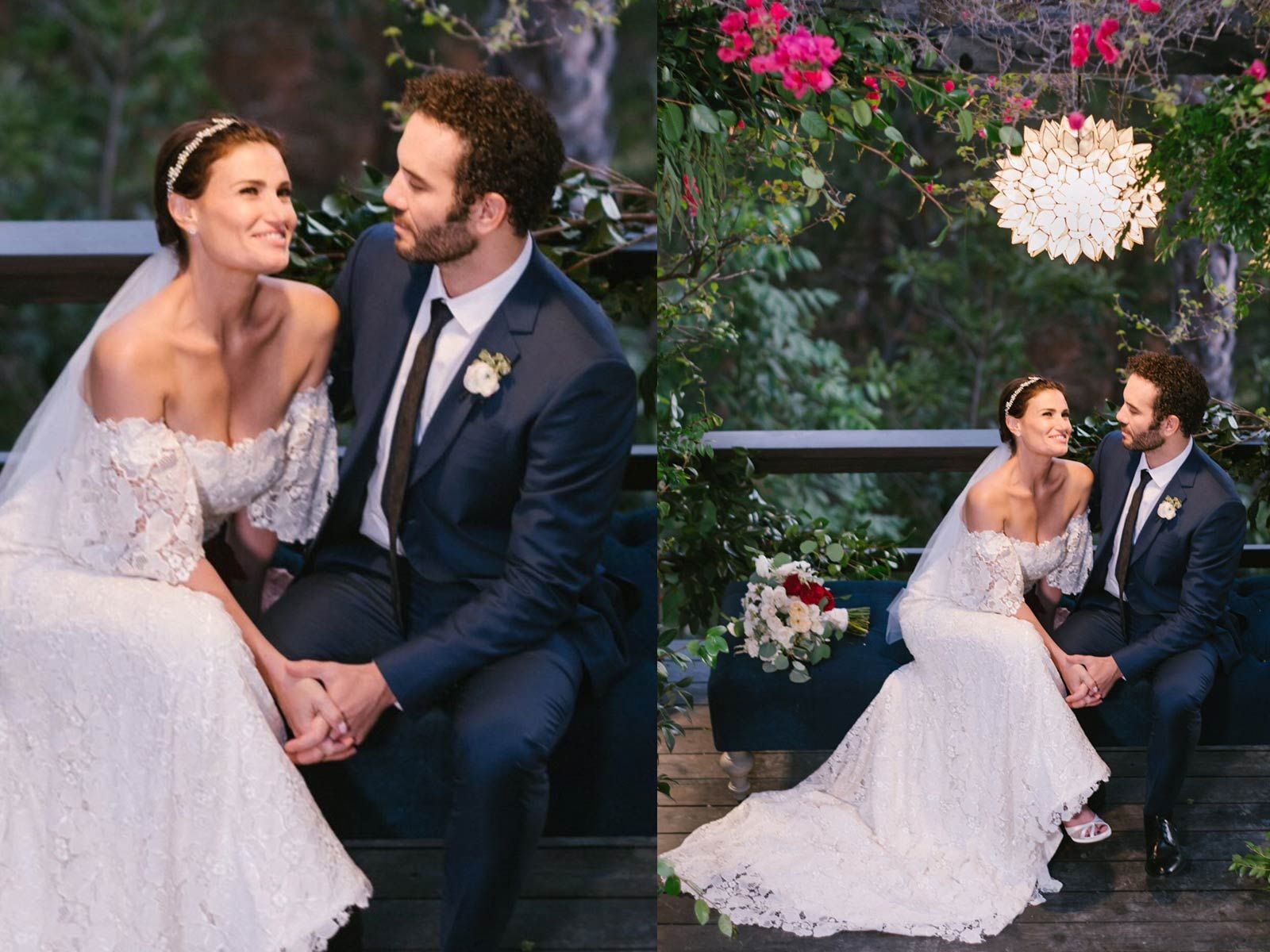 Idina Menzel broke the news that she married Aaron Lohr over the weekend.

Menzel said the two wed at their home, she was walked down the aisle by her dad and son while wearing a Caroline Herrera lace gown. The "Let It Go" singer described the ceremony as "magical."

She met Lohr on the film version of "Rent" and got engaged last year.

Lohr is also pretty famous in his own right, he starred in the "Mighty Ducks" franchise as Dean Portman, one half of the Bash Brothers.