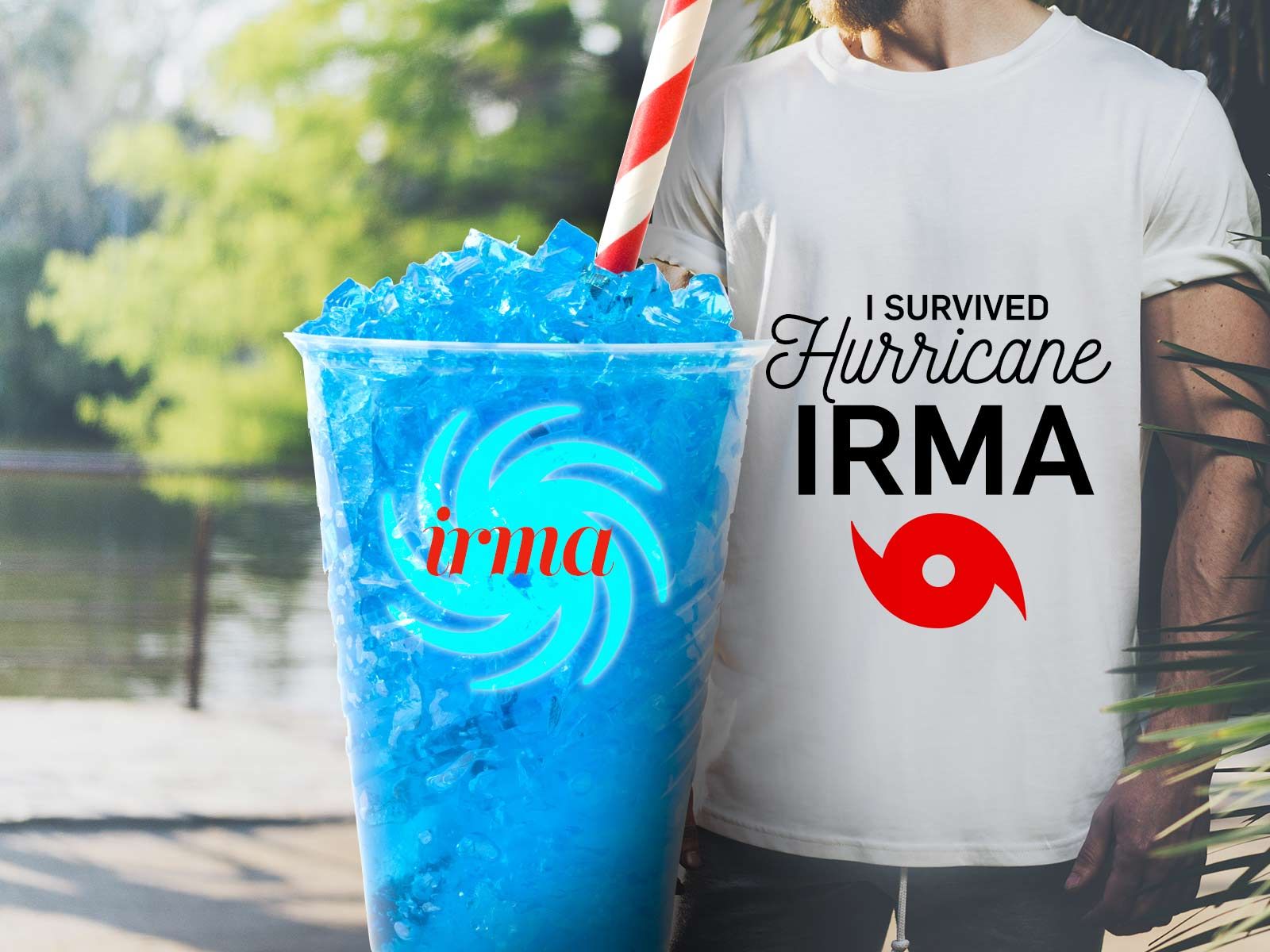 Hurricane Irma ushered in widespread panic and property destruction, and also some hucksters trying to cash in on the ruination.

During the peak of Irma's power, two people on September 10 ran to lock up merchandising rights for the Hurricane. Neither person was actually in Florida dealing with Irma.

Edward Kaufman from New York wants to make a line of "I Survived Hurricane Irma" clothing, including t-shirts, jackets, and leggings.

The drinks, made famous in New Orleans, contain rum, fruit juice, and syrup. Bordenave wants to corner the liquor market including prepared cocktails and Irma eggnogg.

Right ... because there's nothing better than a cool glass of capitalizing on someone else's misery.