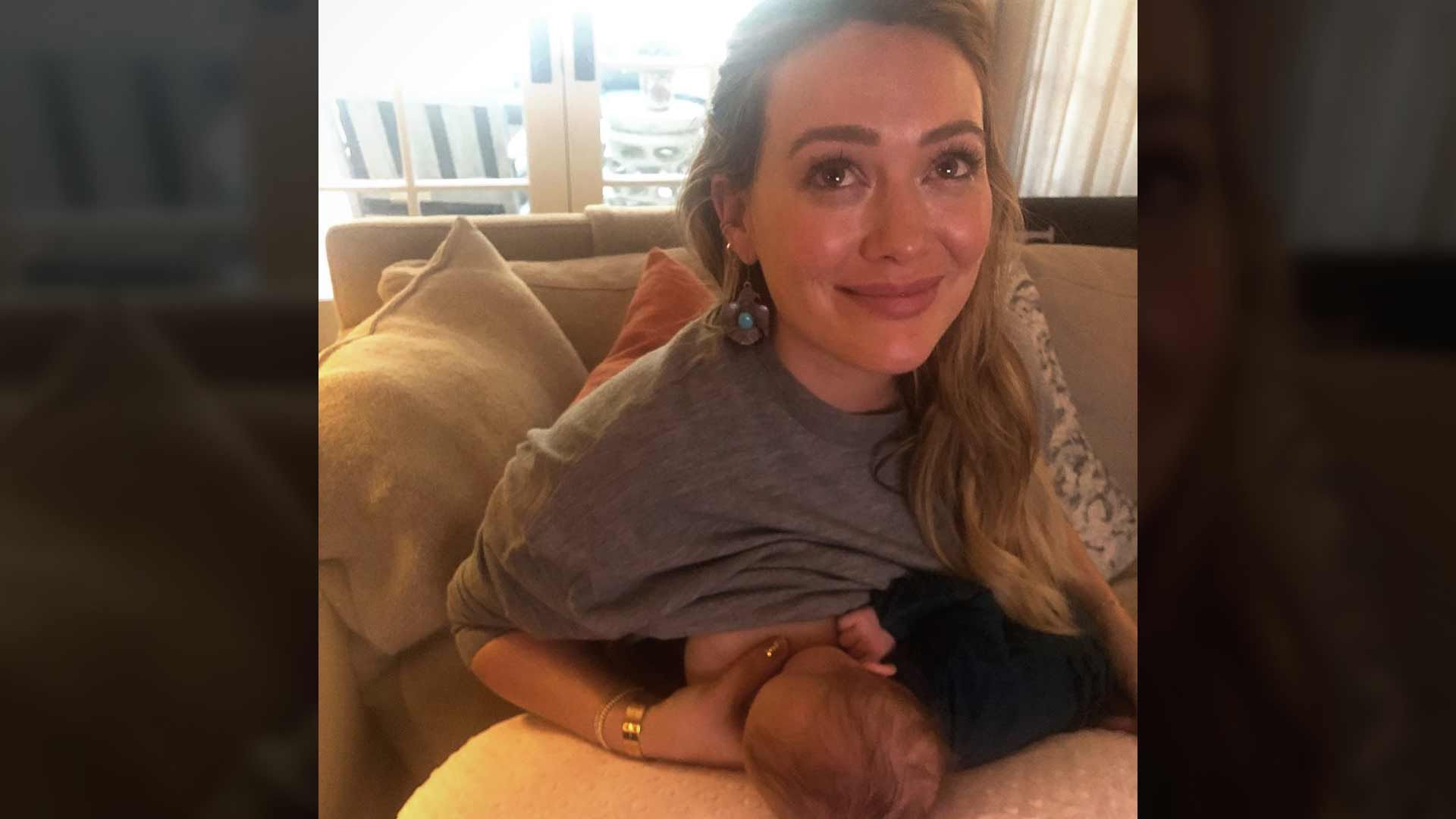 Hilary Duff Stopped Breastfeeding Daughter Because 'I Was Going to Break'

Hilary Duff "needed a break" from breastfeeding her daughter, so after 6 months she's saying goodbye to nursing.

The "Younger" star posted an intimate picture with Banks on her boob late Tuesday night and announced "last week was my last week nursing Banks."

Giving a spiel about how different her experience breastfeeding Banks was then nursing her first child, Duff writes, "With Luca I didn’t work until he was about nine months old, so I didn’t pump very often." However, with her daughter she was working around the clock and constantly trying to find time to pump on set.

"I enjoyed (almost) every moment of feeding my daughter. Felt so lucky to be so close to her and give her that start," she added. "For six wonderful months. But I needed a break. I was going to break."

Duff continued, "Pumping at work sucks. I had zero down time and am usually pumping in a hair and make up trailer while four hands work to get me ready for the next scene with lots of other people around."

And while she admits to being "sad and frustrated and feeling like a failure all of the time," Duff ends her message empowering women.

"I’m a bad ass rock star. Moms get high on feeling like superwoman...because we are! Doing too much, because we can!"

Duff gave birth to her second child, Banks Violet Bair, back in October. Earlier this year, we all got a treat when Duff reenacted Rachel McAdams' breastfeeding shoot.