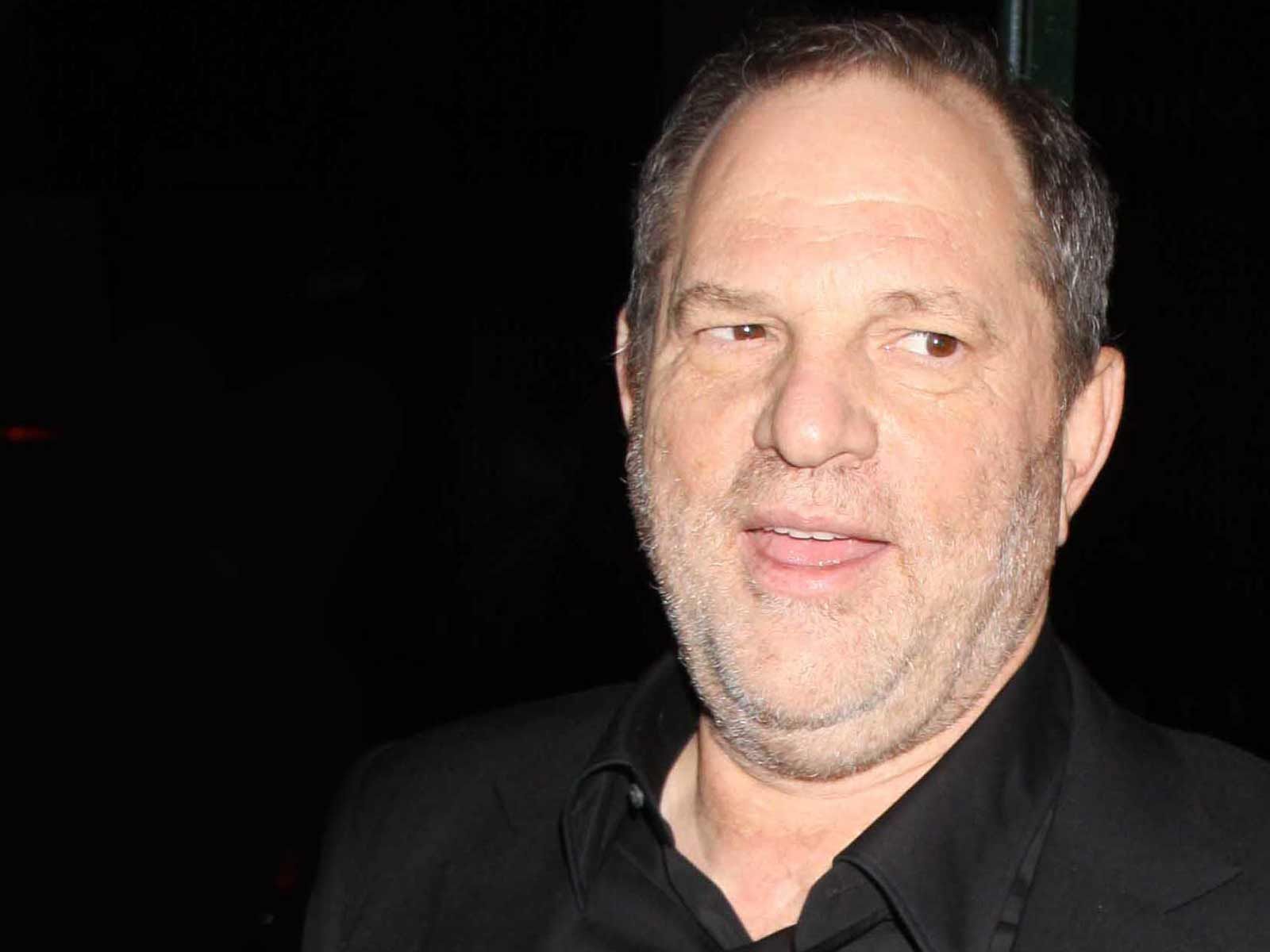 12:20 PM PT: The Blast has obtained a still image from the video appearing to show Weinstein grab Thompson. Click Here to view.

In 2011, Harvey Weinstein took a meeting with a young woman who was pitching a software program that she hoped the producer would purchase. Throughout the meeting, he made increasingly aggressive sexual advances towards her that included reaching underneath her dress, and she captured it all on video.

The woman's name is Melissa Thompson, and Weinstein was aware that he was on camera as the two discussed and interacted with the video technology that she was showcasing.

She has now joined a new class action lawsuit against Weinstein, Miramax, and many other companies filed by two other alleged Weinstein victims and fronted by attorneys Cris Armenta and Beth Fagan. This video, which is described in the lawsuit, is believed by the victims' legal team to be one of the only pieces of physical evidence showing what victims endured at the hands of the movie mogul.

Thompson met Weinstein in September 2011 at his office in New York. She was working for a tech company that developed a software called Intercast, which was essentially a virtual focus group that used live streaming to deliver analytics.

The meeting started off with Weinstein brushing past a handshake to an intimate hug where Weinstein "ran his hands from her upper back around to her lower back, commenting 'That's nice.'"

During the meeting, the two engaged in small talk. At one point, Harvey Weinstein asked, "So am I allowed to flirt with you?" to which Thompson responds, "A little bit."

According to the documents, Weinstein then asked how the technology would work if he wanted to show a trailer of his upcoming Marilyn Monroe movie. Thompson claims as she began to respond, "Weinstein reached down and began caressing her leg and moving his hand under her dress."

"Thompson panicked," the lawsuit alleges. "Her legs felt wobbly. Her speech was interrupted. She hesitated and then continued with the pitch, believing that if she didn't react he would stop."

Weinstein allegedly mumbled, "It's fun when you do this," as he caressed her thigh, but then assured Thompson that "I am actually seriously having a conversation with you."

Thompson claims she was able to shut down Weinstein's advances, but it affected her ability to pitch as she could no longer think clearly.

During the meeting, Weinstein offered Thompson a drink in his nearby kitchen. She claims while in the kitchen, the producer "quickly pivoted and captured her, pinning her against the refrigerator, making sure he was between her and the exit."

The meeting soon ended, but not before Weinstein set up a follow-up meeting for a drink at the Tribeca Grand Hotel. Thompson claims she felt pressured to attend in order to secure her deal.

Thompson claims later at the hotel, she found herself in Weinstein's suite and before long, he was sitting behind her and rubbing her shoulders. She claims she excused herself to the bathroom, and when she was finished "Weinstein had no pants on." He allegedly "walked towards her, naked from the waist down, and told her to join him in the shower."

She claims she declined the shower, but Weinstein "reached behind her dress and pulled the zipper down." He then allegedly tried to rip her stockings off as Thompson allegedly scrambled to get away. When Thompson brought up a boyfriend, Weinstein allegedly said, 'Fuck him.'"

They then ended up on the bed where Harvey Weinstein allegedly "pushed her head between his legs, in an attempt to force her to fellate him." Thompson claims at that point she was "shaking uncontrollably and breaking out in hives."

Harvey Weinstein ended up following through and making a deal with Thompson's company. In an ironic twist, The Weinstein Company utilized their software during marketing for their film, "The Iron Lady" with Meryl Streep.

These days, Melissa Thompson is no longer in the tech world but is instead a patient advocate and health care strategist after being diagnosed with stage-three breast cancer at the age of 32. She underwent a mastectomy and received chemotherapy, which she completed and has been in the recovery process.

Thompson also advocated for and helped write a bill — now named after her — requiring health insurance companies to cover the cost of fertility preservation treatments for women facing a cancer diagnosis.

We're told the video will become evidence in the class action lawsuit at some point, and also has the potential of becoming a smoking gun in the criminal cases against Weinstein.

As we reported, Weinstein has already been indicted and charged with other counts of rape and sexual assault.

An attorney for Weinstein tells us they believe the case lacks merit.