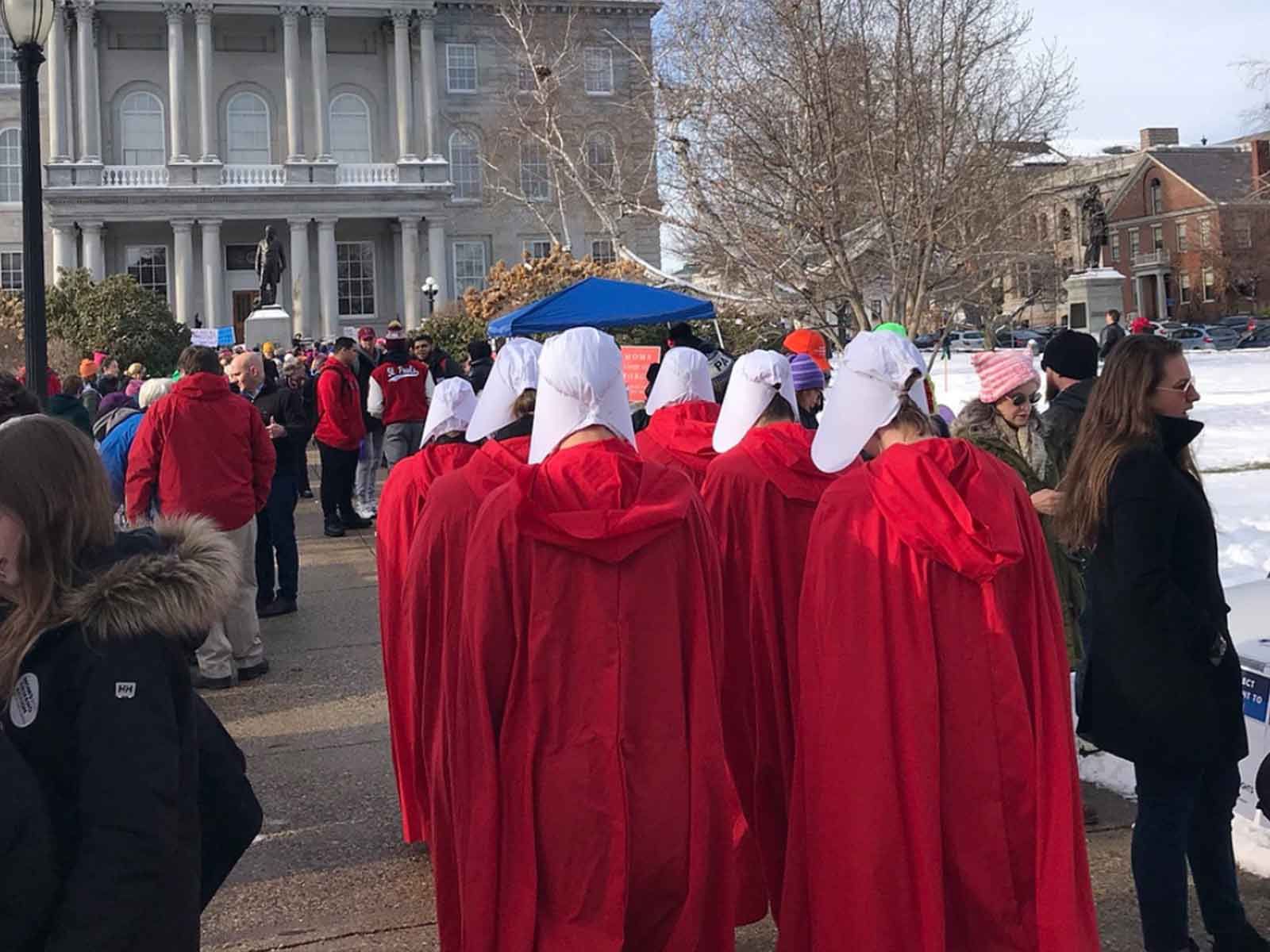 Hundreds of women dressed in red capes and white bonnets at this year's Women's March protested with a clear, powerful message: they're Ofnobody.

Women across the country took to the streets in "The Handmaid's Tale" costumes one year after the inaugural march where over two million women came together to protest on Donald Trump's first full day in office.

This year, a staggering number of protestors have returned to show their support for everything from the Time's Up and Me Too movements to increasing the number of registered female voters.

Scores of demonstrators took a cue from "The Handmaid's Tale," which takes place in a dystopian world where democracy is dead and fertile women have become property, responsible for bearing the children of their wealthy male owners.

See the handmaids and all their empowering messages.