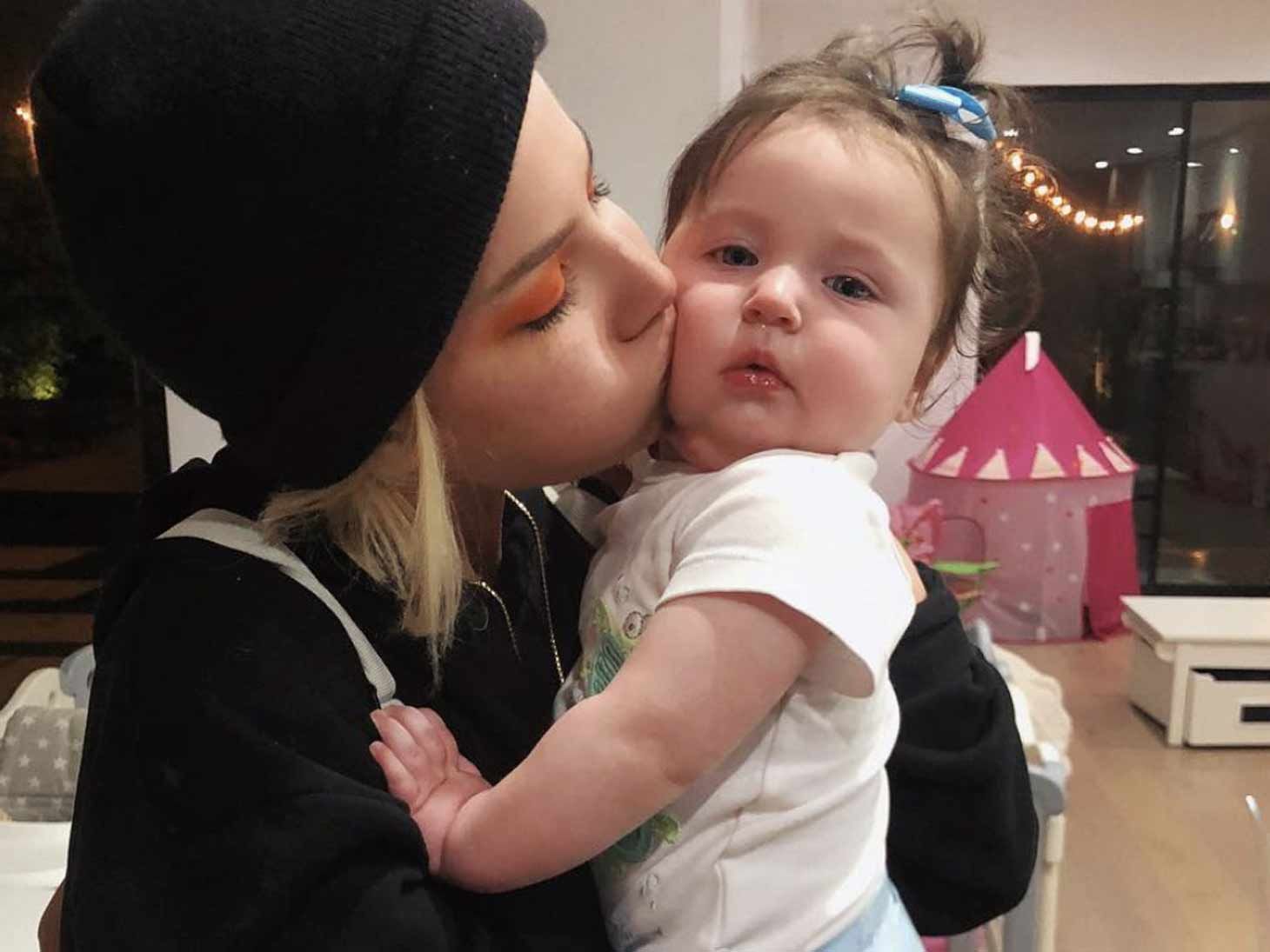 Halsey Talks About Wanting a Baby After Previously Revealing Miscarriage

Halsey has a slight case of baby fever.

The "Without Me" singer shared a cute snap on Sunday of her holding her manager's daughter and giving her a big kiss on the cheek.

She captioned the photo, "dying for my own squish. borrowing @jasonaron and @marisa.aron ‘s squish for now. ???"

In 2016, Halsey revealed to Rolling Stone that she had suffered a miscarriage while on tour. She talked about learning she was pregnant and worrying about what it might mean for her career.

Last April, Halsey went on "The Doctors" and talked her endometriosis diagnosis, which she learned about just a few months before she found she was pregnant. She also described the night she miscarried.

"And before I could really figure out what that meant to me and what that meant for my future, for my career, for my life, for my relationship, the next thing I knew I was on stage miscarrying in the middle of my concert,” Halsey said on the show. “And the sensation of looking a couple hundred teenagers in the face, while you’re bleeding through your clothes and still having to do the show, and realizing in that moment that I never want to make that choice ever again of doing what I love or not being able to because of this disease."

Halsey had surgery in 2017 and revealed she took the step to freeze her eggs.

"When I tell people that, they’re like, ‘You’re 23, why do you need to do that? Why do you need to freeze your eggs?’ Doing ovarian reserve is important for me, because I’m fortunate enough to have that as an option, and I need to be aggressive about protecting my fertility [and] about protecting myself,” she explained. “Taking these measures to make sure that I get to have a hopefully bright future and achieve the things that I want to achieve by doing the ovarian reserve is really important."