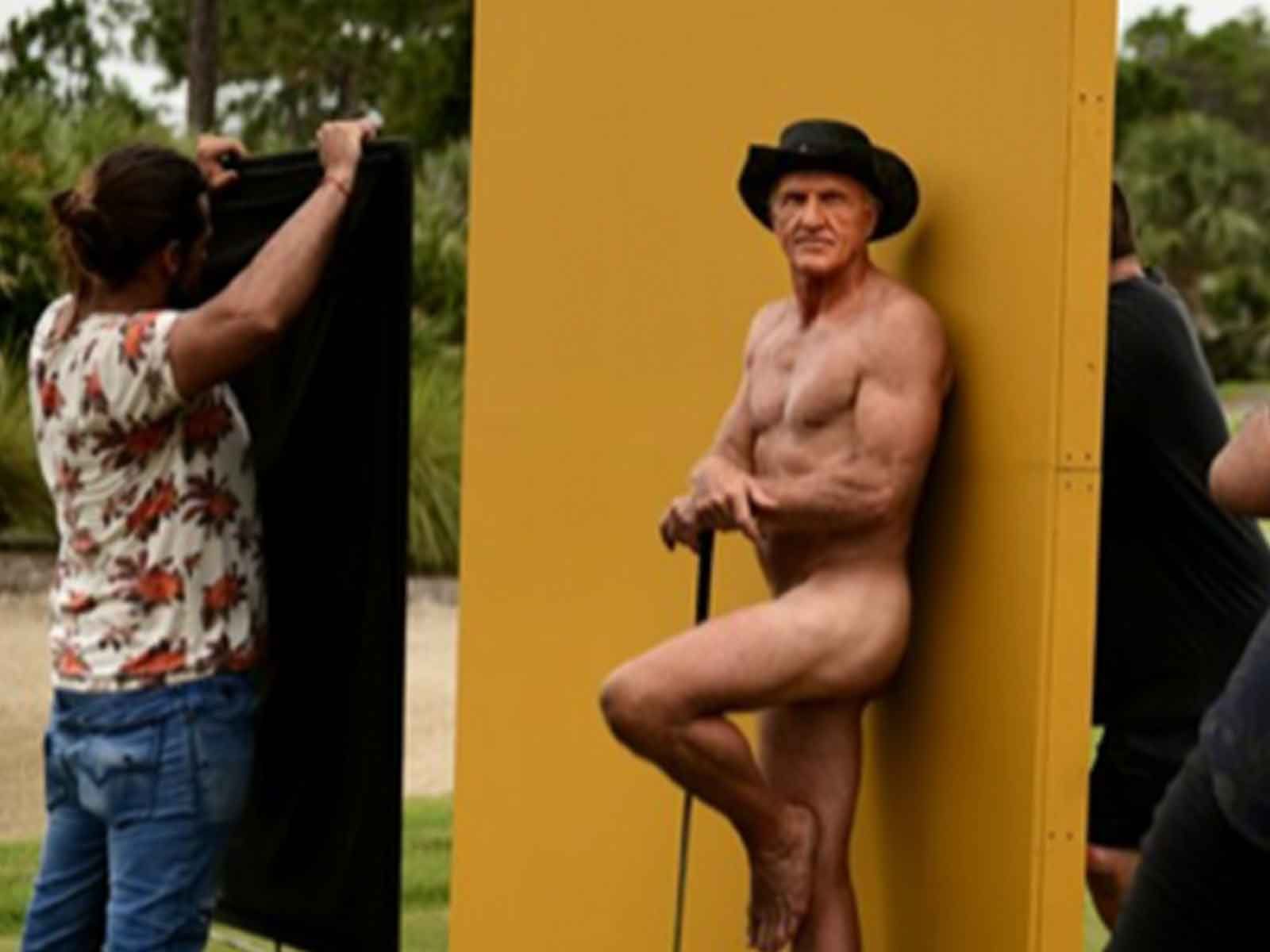 PGA legend Greg Norman is wearing nothing but his trademark hat and a glove as the photos of his naked body go on display in ESPN's "The Body Issue," and the dude looks amazing!

The 63-year-old Aussie for the 10th anniversary of ESPN's "Body" pictorial, which has famously featured other athletes like Serena Williams, Rob Gronkowski and Olympic gymnast Aly Raisman.

Norman, who is known as "The Great White Shark," told ESPN he walks around in the buff regularly, and enjoys keeping in great shape.

He is rocking a stellar physique, but we still don't think it would fly at the country club.