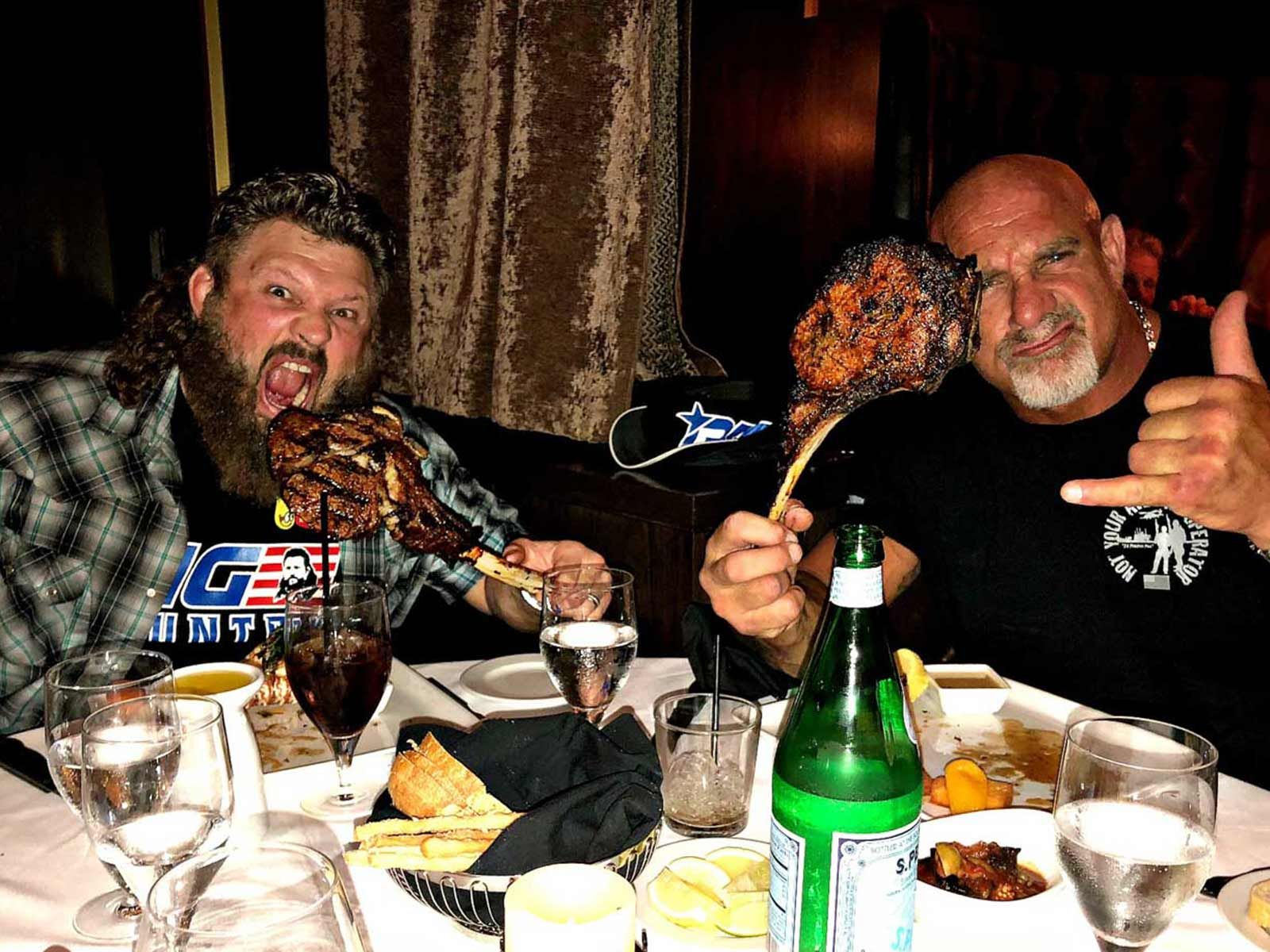 Legendary wrestler Goldberg and MMA star Roy "Big Country" Nelson faced their most daunting opponents yet when they tried to take down a pair of 32-oz slabs of meat.

Goldberg and Big Country stopped by Andiamo Italian Steakhouse over the weekend, located inside the D Casino Hotel in Las Vegas. Both fighters ordered the surf and turf, which included the restaurant's signature 32-oz Tomahawk ribeye.

After grubbing, the two hit up the casino's LONGBAR with owner Derek Stevens, and then hung out in Stevens' VIP Box outside on the Fremont Street Experience to watch a rocking concert.

We're told they both had an amazing night, and no spears were delivered ... aside from the ones into the juicy Tomahawk steaks.