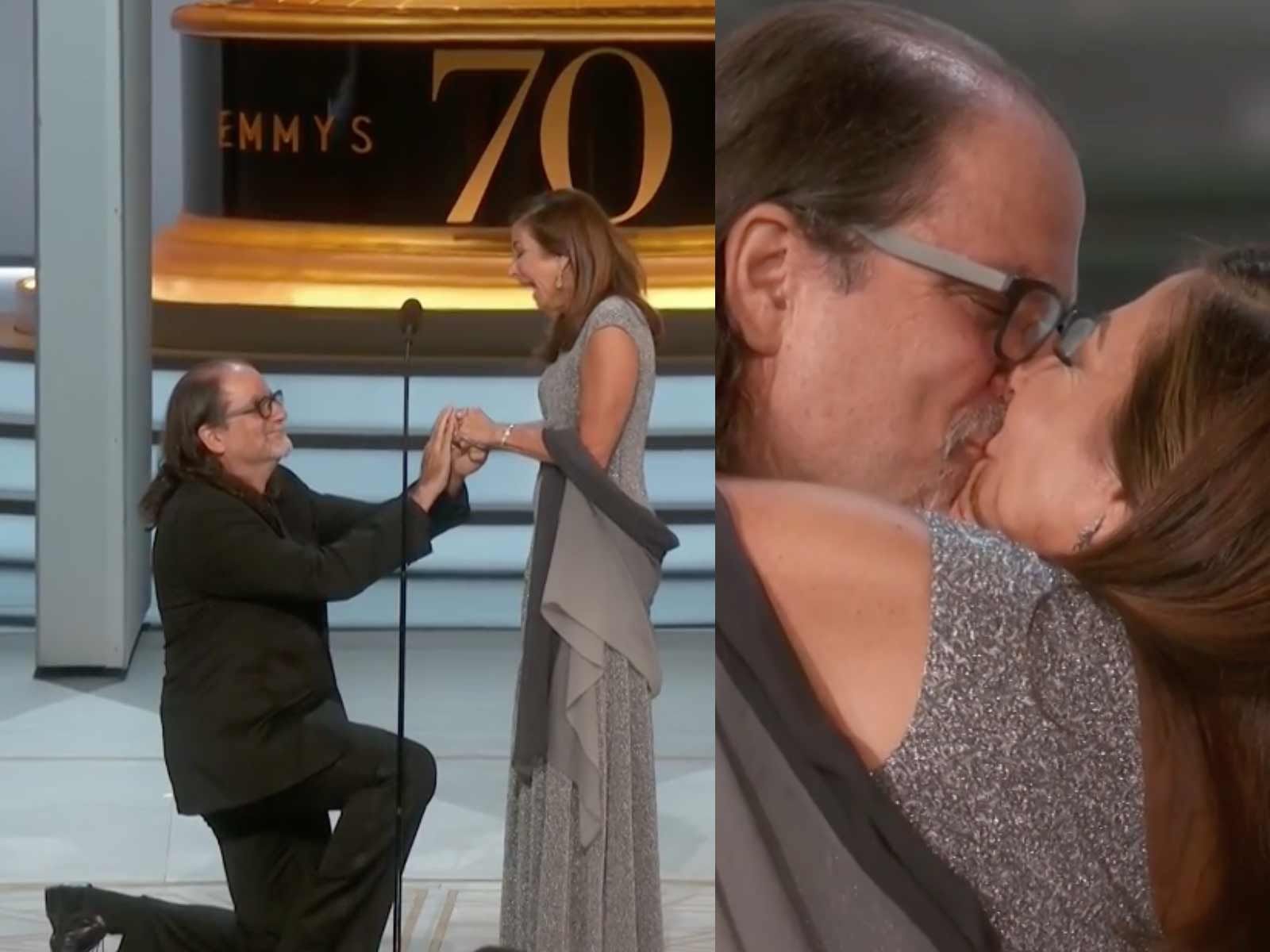 Glenn Weiss just brought the drama of the Oscars to the Emmys when he won an award and then got engaged on stage!

Weiss is a longtime director and won an Emmy for Directing for a Variety Special for heading up the Oscars earlier this year.

During his acceptance speech, he spoke on his mother passing just two weeks ago, and about how much she loved his girlfriend, Jan Svendsen.

Then Weiss dropped the bombshell and said that he doesn't want to call Jen his girlfriend ever again, because he wants to call her his wife. She lost it, the audience lost it, it was amazing!

After walking on stage, Weiss pulled out a diamond ring and explained it was the same one his father proposed with 65 years ago ... and made sure that all his siblings knew he got permission from pops to take it.

He got down on one knee, she said yes and Leslie Jones completely lost her sh*t.

We haven't done the official research, but this may be the first wedding proposal during a live Emmy broadcast.