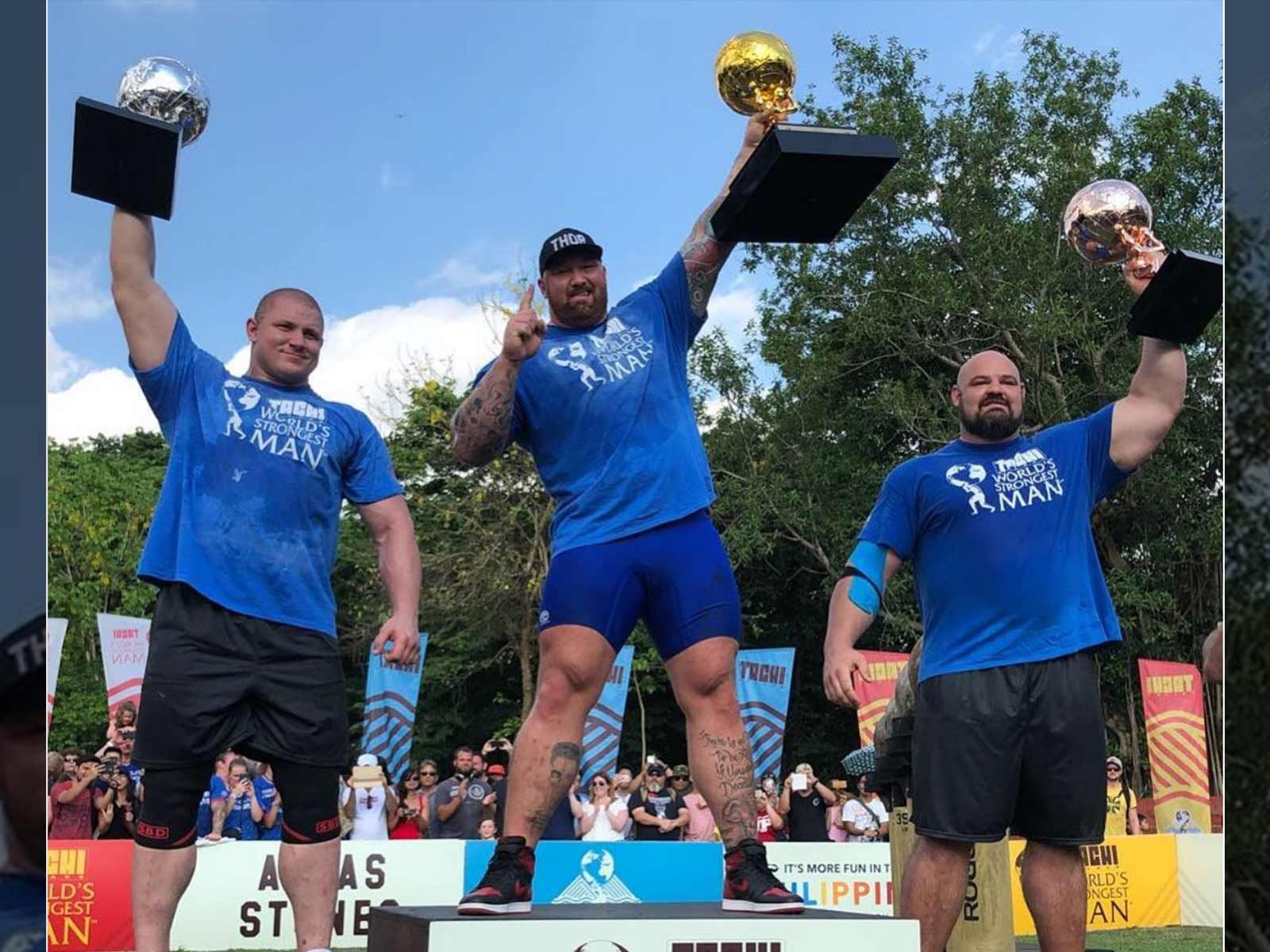 The Mountain is now officially the strongest man in Westeros.

Hafþór Júlíus Björnsson claimed his first ever "World's Strongest Man" title on Sunday in the Philippines. The 29-year-old Icelandic behemoth had previously had three second place and three third place finishes, but never a win.

After the victory, the "Game of Thrones" star celebrated with former Miss Universe Demi-Leigh Nel-Peters, and a delicious looking chocolate cake. We're not sure which he was more excited about.