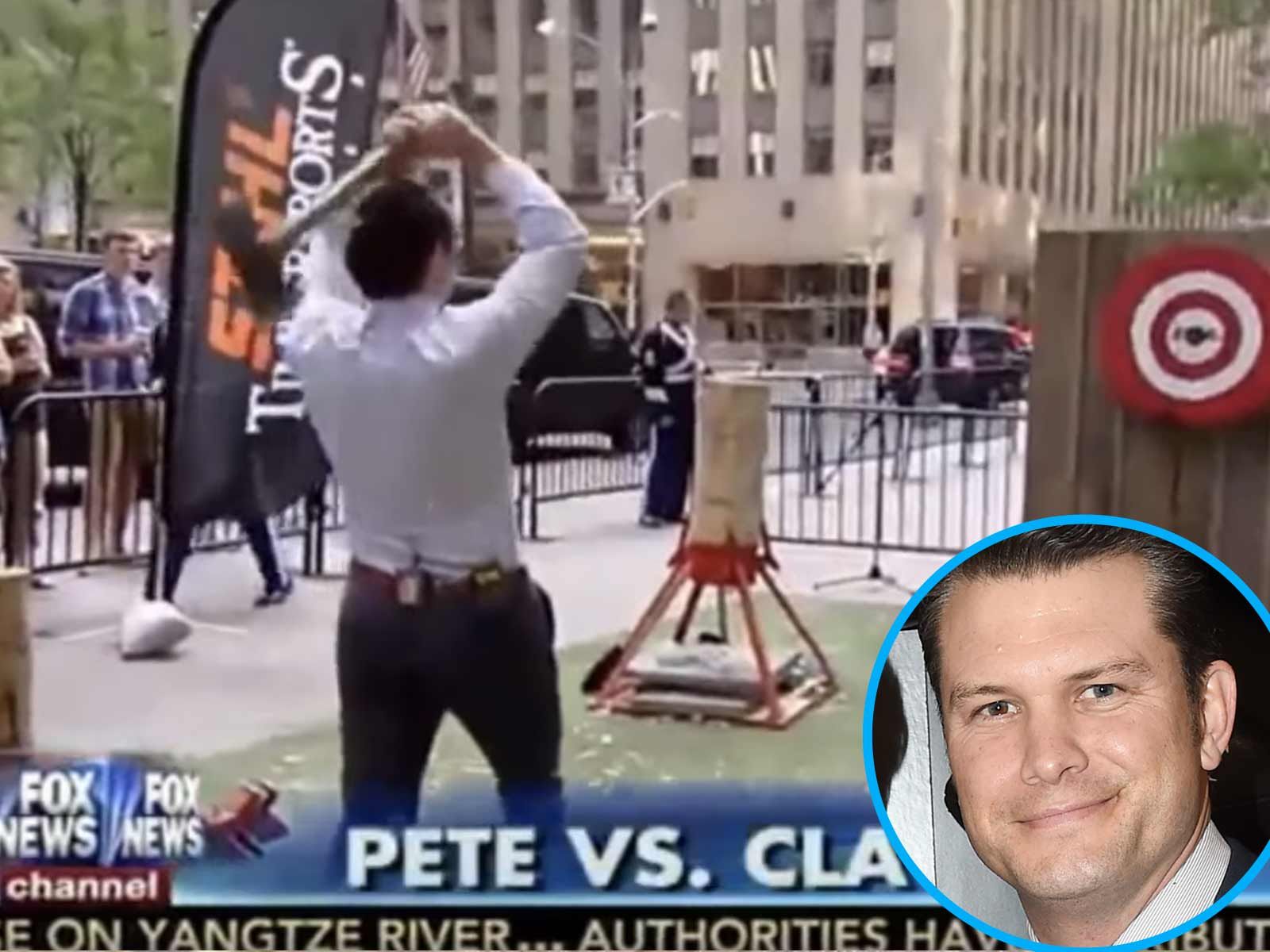 1:00 PM FOX News released a statement to The Blast writing: “The incident involving Jeff Prosperie from 2015 was unfortunate and completely unintentional. FOX News immediately apologized to Prosperie and offered medical assistance, which he declined saying he was ‘okay.’ The network also offered compensation, which he declined as well. We have not heard from Prosperie since 2015, so the lawsuit is surprising and we are reviewing it.”

The guy who allegedly got hit by an errant axe thrown by "Fox & Friends" host Pete Hegseth is now suing him and the network over the incident.

According to court documents obtained by The Blast, Jeff Prosperie claims he was on the set of "Fox & Friends" on June 14, 2015 when Hegseth "negligently attempted to throw an axe at a "target.'"

Prosperie claims the target Hegseth was aiming at was "negligently placed in an area which put pedestrians and other individuals, including the Plaintiff, in the path of peril.

As you can see in the video below, Hegseth overshot the target badly.

Prosperie claims he was directed to by the defendants to be in that area as he was playing the drums for the event.

In his lawsuit, Prosperie says he suffered "severe and serious personal injuries to his mind and body, some of which, upon information and belief, are permanent with permanent effects of pain, disability, disfigurement and loss of body function."

Prosperie documented the aftermath on his Facebook page, writing, "I am thankful to God that the double sided blade only hit broadside on the outer elbow with significant impact and a couple of cuts as it fell along my wrist. It could have been much worse or fatal. Focusing on full physical and emotional recovery."

The Blast reached out to Fox News for comment — so far, no word back.