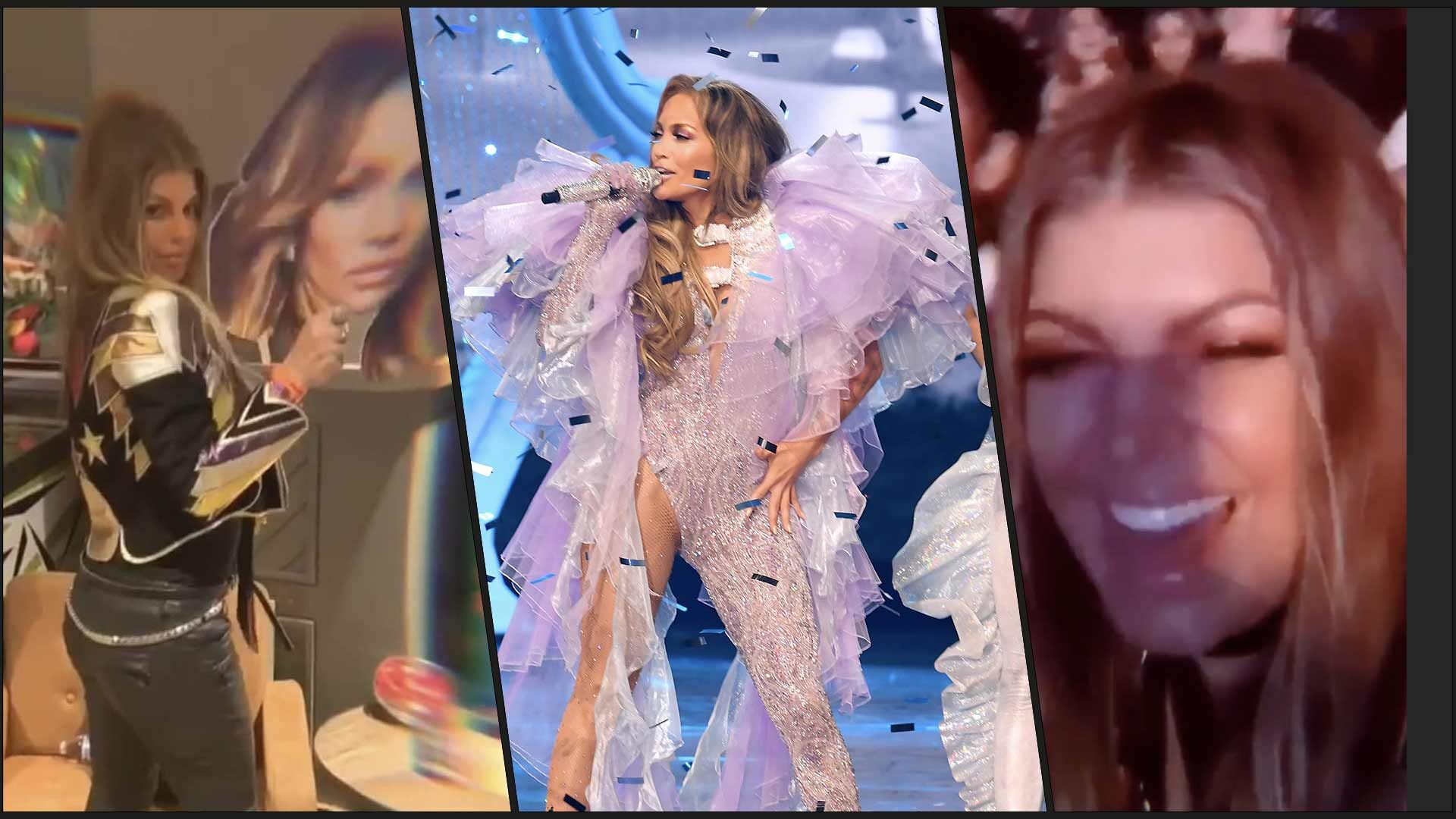 Fergie Lets Loose With J. Lo After Filing For Divorce from Josh Duhamel

Fergie had a wild night out and kicked it off by rocking out to J. Lo, marking her first outing since filing for divorce from Josh Duhamel.

The singer seemed carefree as she posed backstage with a J. Lo prop Friday night before heading out to the audience to enjoy her "It's my Party" concert in Inglewood, CA.

Singing along to Lopez's classics, like "Jenny From The Block," Fergie appeared really happy during her night out with friends and left her kiddo at home.

She came dressed to impress wearing leather pants and a slick jacket with her signature Fergie Footwear sky-high boots.

As The Blast reported, Fergie pulled the plug on her marriage to Duhamel by filing for divorce last week. The two have been separated for quite some time and waited years to make the break official.

Fergie and Duhamel share one child together -- 5-year-old son, Axl.

In other kid news, J. Lo brought her daughter, Emme, on stage to perform, and could hardly hold back tears during a powerful duet!