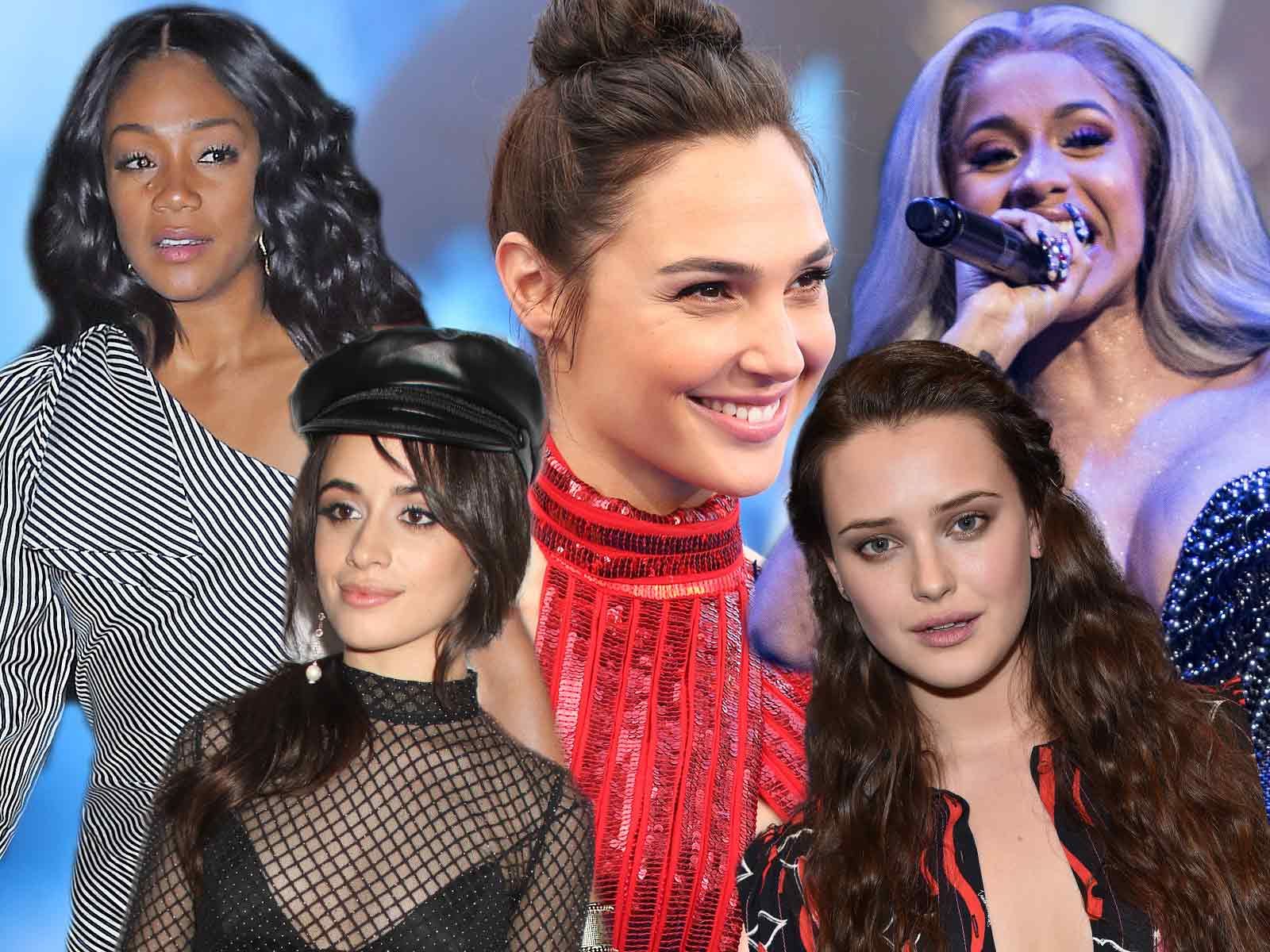 Overall 2017 was not a banner year for women in Hollywood. See: Harvey Weinstein, et al.

A bright light at the end of that tunnel is the list of 2017 breakout stars who, for the most part, were all women.

(Yes, there were a few amazing performances from male newcomers but this year was really for the ladies.)

Not only were women dominating the stage and screen but, they represent a diverse group of races, ages, and backgrounds.

The comic exploded onto the scene thanks to her hysterical role in "Girls Trip." Since then she's become the favorite guest on nearly every talk show, was the first black female stand-up comic to host SNL and, penned a raw, honest memoir.

America is getting their very own Princess in 2018! Meghan Markle went from being an actress on "Suits" to suiting up with the royal family after Prince Harry popped the question. The California native had been gaining popularity all year as the pair seemed to be getting more serious but turned into a veritable A-lister the minute she said 'yes!'

This actress is going to be the one to watch in 2018. Hong Chau's breakout role alongside Matt Damon in "Downsizing" received high praise from critics and she is already making waves on the red carpet.

Gal Gadot proved beyond a shadow of a doubt that female superheroes play at the box office. "Wonder Woman" was a smash and broke a zillion records, becoming the highest grossing superhero origin story ever.

You can't tout the success of "Wonder Woman" without acknowledging the amazing talents of Patty Jenkins. The director became the highest paid female director of all time when she signed on for the sequel to the DC comic book film. She's still not pulling in what some male directors are taking home but, her big payday serves as mile marker in the shift away from sexism in Hollywood.

Cardi B went from stripper to chart-topper with her infectious hit "Bodak Yellow." The 25-year-old hip-hop newcomer is the first female rapper to his #1 on the charts since Lauryn Hill nearly 20 years ago. Plus, she got engaged and is rumored to have a new reality show in the works.

The Selena Gomez produced "13 Reasons Why" was an instant binge-worthy hit on Netflix. The teen drama tackled huge issues like bullying, depression and suicide. Star Katherine Langford nabbed a Golden Globe nom for her portrayal of Hannah Baker.

It's always a risky move to break away from a successful group and Camila Cabello's departure from"Fifth Harmony" was no exception. The Cuban born singer held her own this year releasing the toe-tapping hit "Havana" and becoming the new face of Guess.

So, we've known Rose McGowan for decades but this year she shot up to the forefront of the media again with her explosive attacks against Harvey Weinstein and those allegedly complicit in his history of sexual misconduct. She also had a little legal issue to contend with.

The uteri of various KarJenner sisters and what may or may not be in them became a massive obsession this year. Kylie Jenner is still teasing us about whether or not she's preggo, Khloe Kardashian *just* confirmed her pregnancy last week and Kimye are expecting via surrogate.