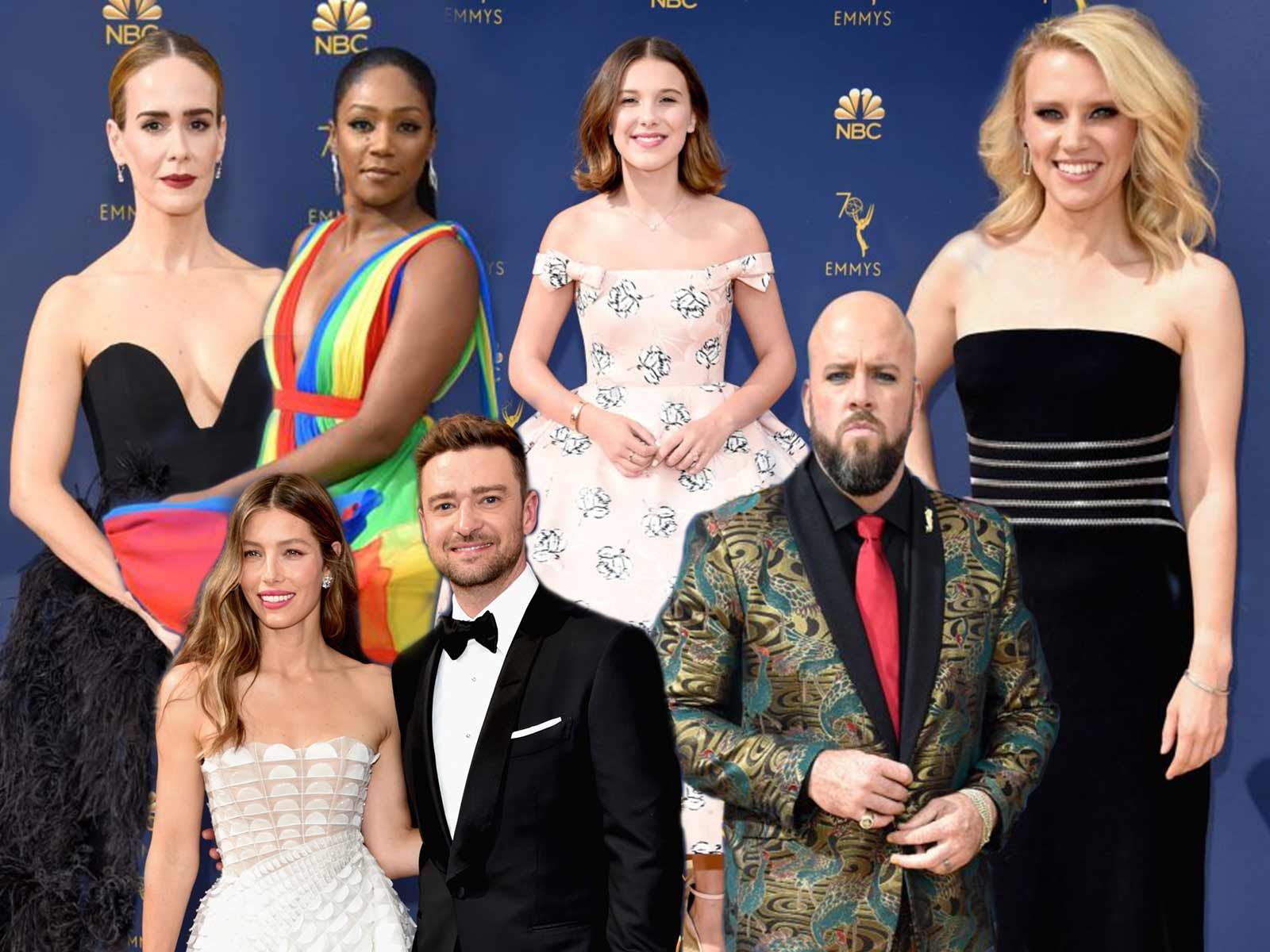 All the Red Carpet Fashion From the 70th Annual Emmy Awards!

The 70th Annual Emmy Awards fashion is everything we hoped it would be!

TV's A-listers were strutting the red carpet in their best A-game attire. There was drama, glamor and the men were bringing it with colorful suits (maybe they got inspiration from Donald Glover's look last year).

We saw celebrities rocking colors that were all over the spectrum ... literally, did you see Tiffany Haddish?

From yellow (check out "Stranger Things" star Gaten Matarazzo and nominee Regina King bringing the heat), leading ladies like Jessica Biel, Kristen Bell and Scarlett Johansson glowing in white and Emmy nominees Kate McKinnon serving up a sassy look in black, TV's hottest are hitting us with everything they've got.

Millie Bobby Brown, Allison Janney and Sarah Paulson already have our red carpet vote but we'll have to see whose winning streak continues when the ceremony begins.

But if they get an L for their Emmy red carpet look, they always have a shot at redemption with an outfit change ... because after the show, Hollywood's hottest hit the town for every major after-party!