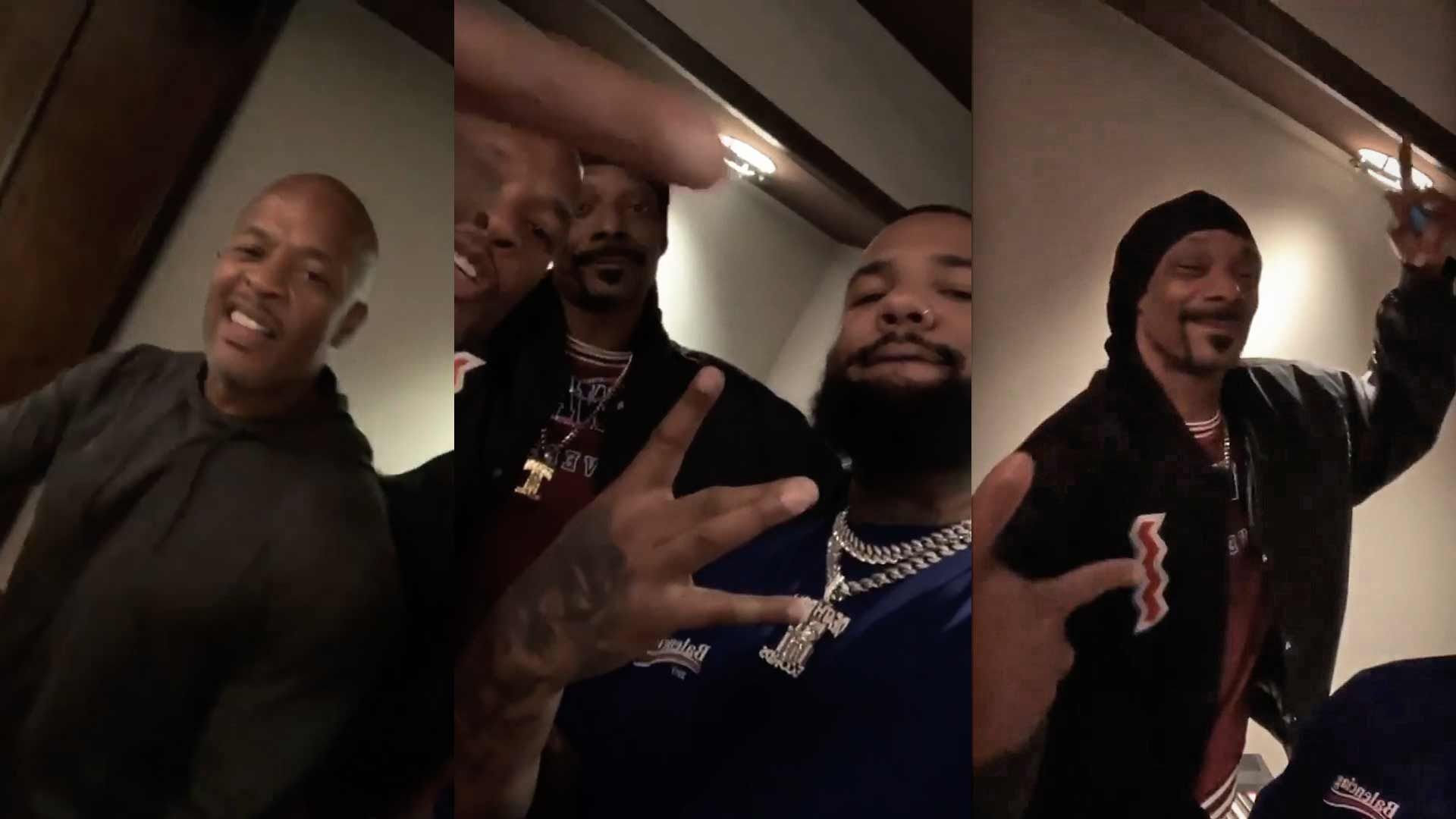 Dr. Dre, Snoop Dogg & The Game all united in the studio as they paid tribute to Nipsey Hussle, but it's unclear if they're working on new music together.

Game posted about the meetup late Sunday night, one week after Nipsey was murdered in cold blood outside of his clothing store in L.A.

The rapper showed off footage of himself, Dre and Snoop appearing to listen to a track off his upcoming album, Born To Rap. The song they are jamming to sounds like Nipsey's vocals, so it's possible the late rapper will be featured on the album.

Game even got his jacket autographed from Dr. Dre, with an assist from Snoop, while he puffed on a blunt.

The three hip-hop legends have been very outspoken regarding their sadness over the death of Nipsey, and the need to stop violence in the streets.

It's unclear if the three stars will be recording new music, but the fact they're all in the studio together means it's a high probability we'll find out soon.