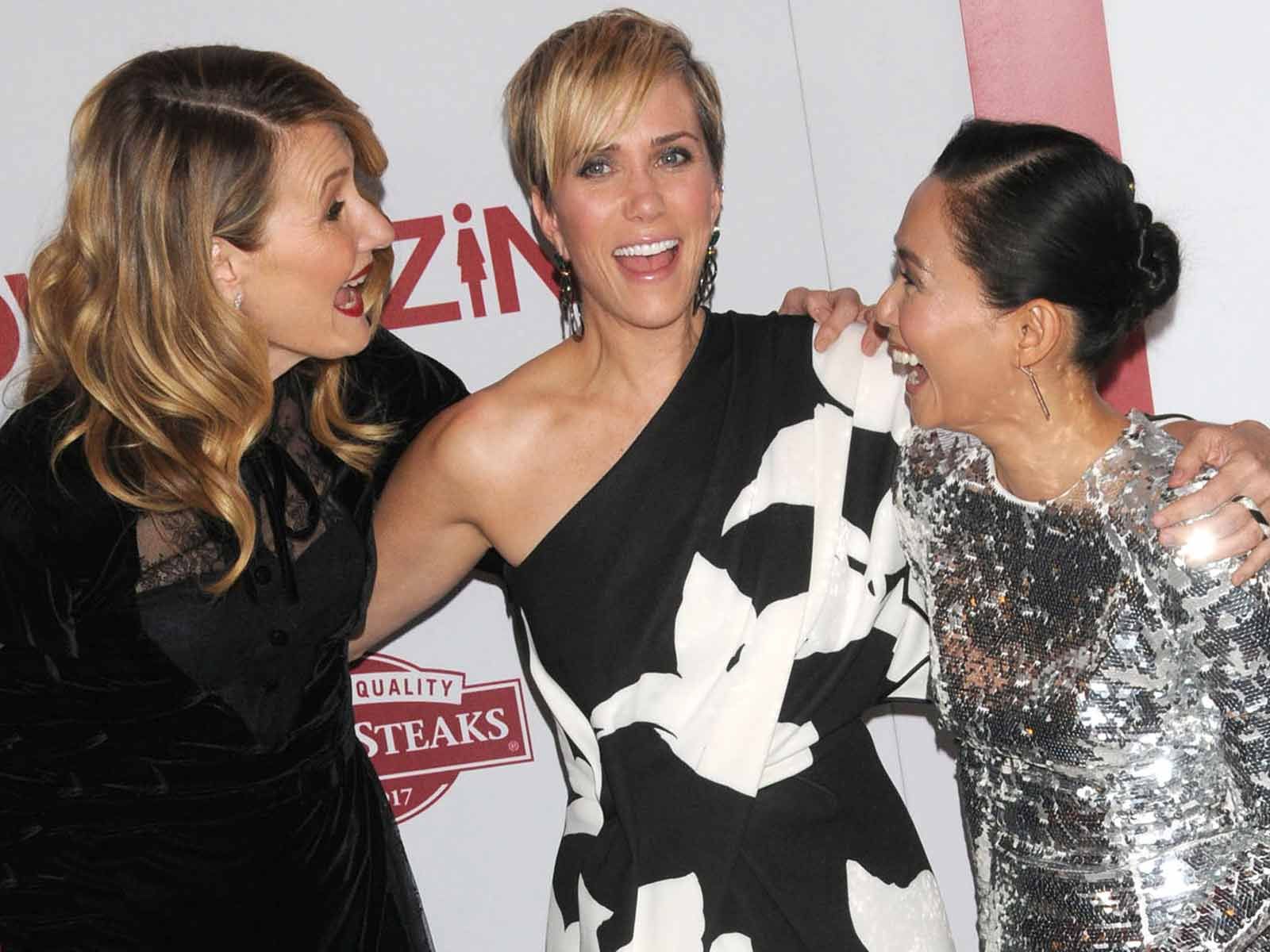 "Downsizing" -- the new flick starring Matt Damon and Kristen Wiig premiered last night. It's kind of like "Honey, I Shrunk the Kids" for adults but with overtones of social and political issues.

Matt was absent from the red carpet but Wiig, Christoph Waltz and Laura Dern were three of many big stars who put their fashionable foot forward at the event.

"Downsizing" is out nationwide December 22nd.