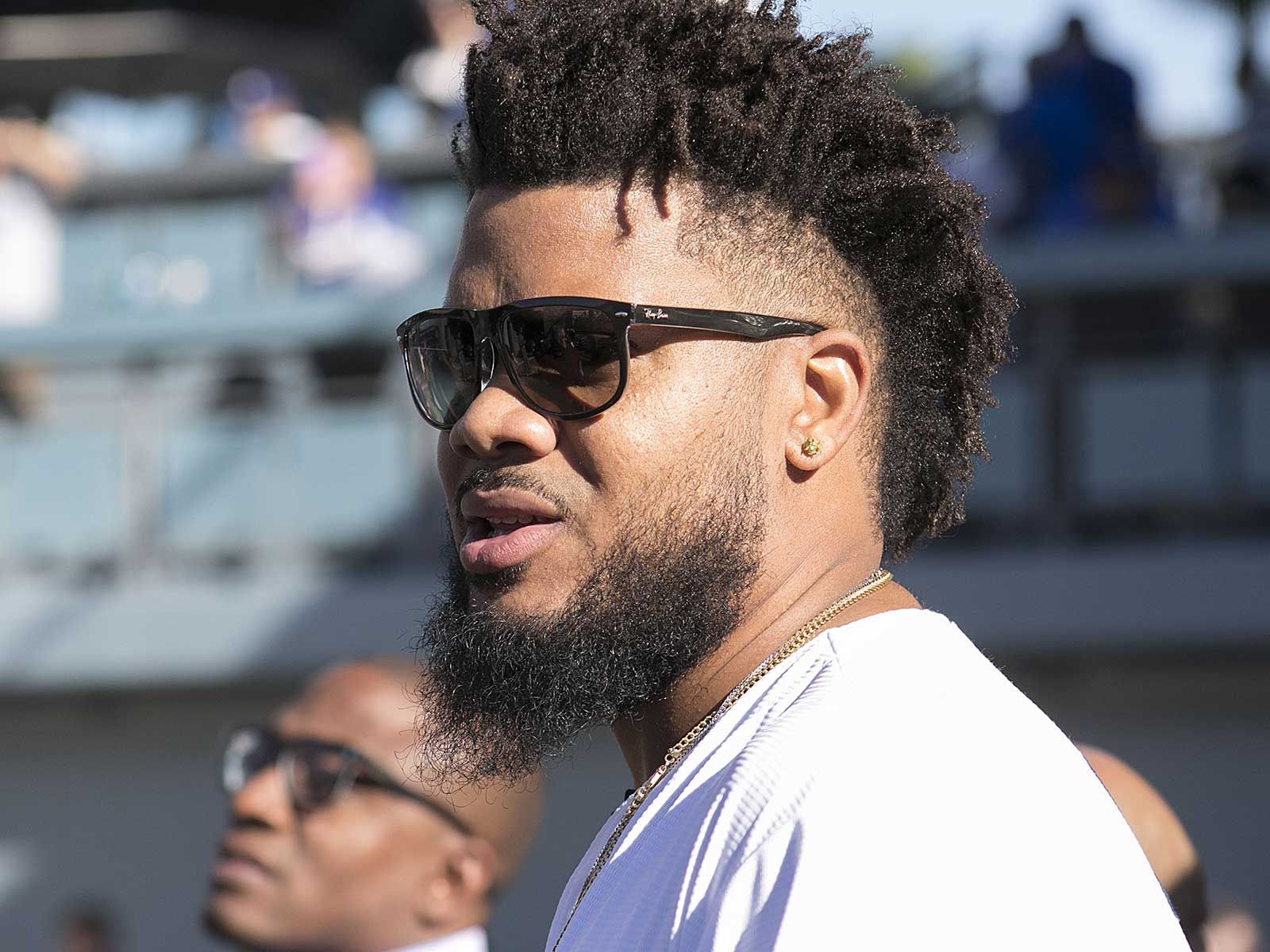 Los Angeles Dodgers pitcher Kenley Jansen has gone to court to battle for as much time with his daughter as he possibly can get during the offseason, but his ex-fiancé is questioning his move.

Jansen was escorted into the L.A. County courthouse by a group of sheriff's on Tuesday to ask for more custody of his 4-year-old daughter, Natalia, with ex-fiancé Candace Cotton. The point of the meeting was for the parents to try and mediate, with the hopes that an agreement could be made between the two.

Jansen says that since baseball season is currently over, he wants his ex-fiancé to modify their custody schedule and give him more time with his daughter.

Cotton, however, is claiming that custody should not be modified because she says Jansen doesn't even use the current time he's given with the child.

There's also the underlying issue of money. Even though it hasn't been brought up yet by either parent, Jansen currently pays around $18,000 per month in child support -- if he's awarded more custody his payments would be reduced.

In 2017 Jansen signed a five-year, $80 million deal with the Dodgers ... and we're told his increase in income has been a source of contention between him and his ex.

There was no agreement reached by Jansen and Cotton on Tuesday, they'll be back in court next month.