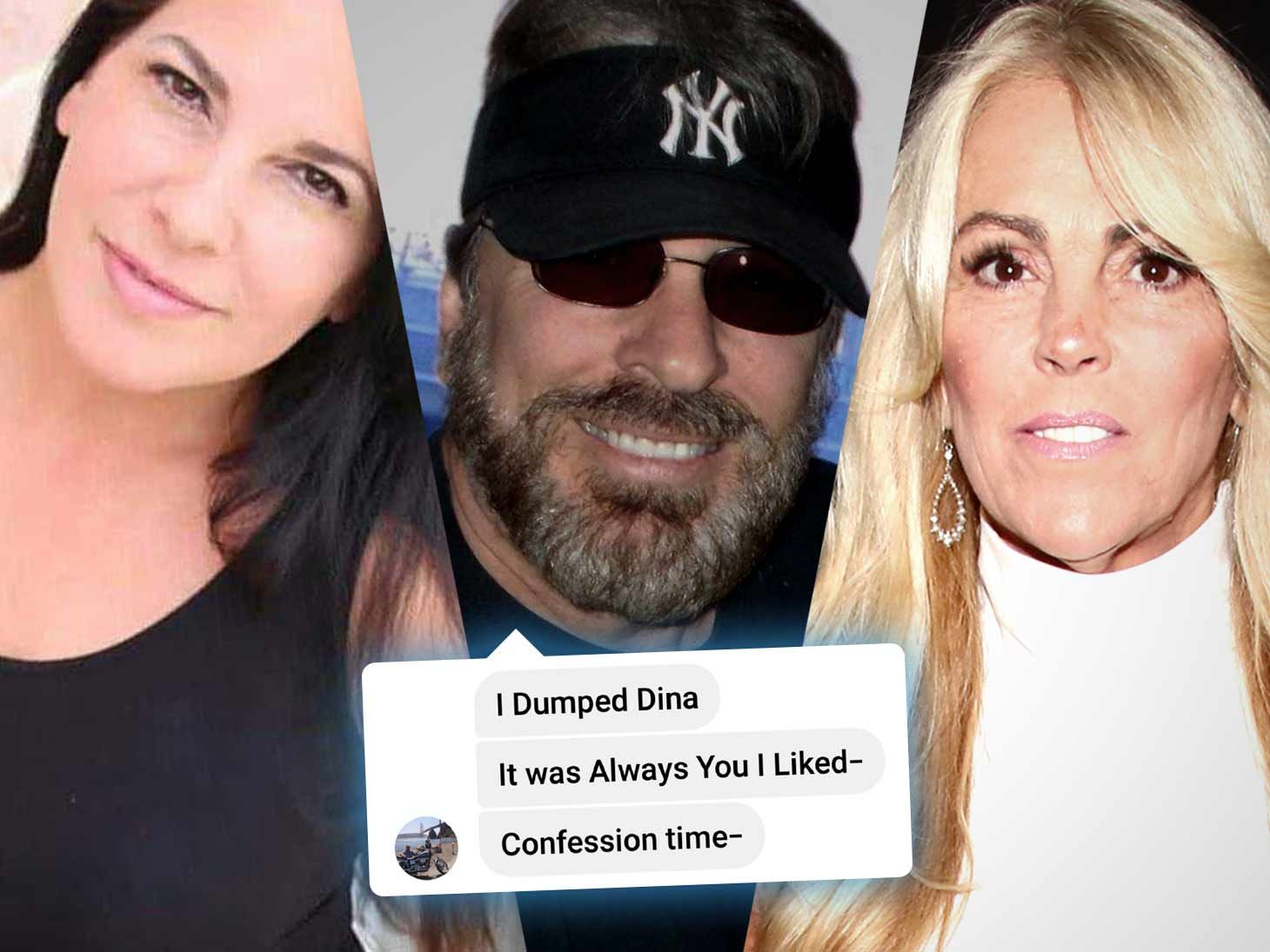 12:20 PM PT — In perhaps the most aggressive response he could muster, Jesse just unfriended Linda Scarpa on Facebook.

Dina Lohan's alleged boyfriend may finally have a valid excuse for not wanting to meet up in person, because another woman is claiming she too has been contacted online by the guy, and the details sound pretty familiar.

Linda Scarpa tells The Blast she too has been romantically pursued by Jesse Nadler for the past five years, and he has even proclaimed his love for her much in the same way he did for Dina.

Scarpa is actually famous in her own right, she's the daughter of Greg Scarpa, infamous hitman for the Columbo crime family. She has appeared in numerous TV shows about the mob, including "I Married a Mobster," and is also the author of the 2015 memoir, "The Mafia Hit Man's Daughter."

She says in 2014 Nadler reached out and began messaging, saying many of the things he told Dina. He mentioned how much he respected her, how beautiful she was and that he wanted to marry her but was unable to see her or travel because of his sick mother. He also took a flirty photo with her book.

In May 2018, Nadler sent Scarpa a Facebook message claiming he "dumped Dina." Scarpa says, at the time she did not realize the Dina was actually Dina Lohan.

Nadler also promised to fly out to New York one day and take her to a big Italian dinner, and even took a photo with her book on Facebook. Scarpa tells us she quickly realized something was "off" about Nadler, however she continued conversing with him on social media.

After news broke Nadler was in a secret relationship with Dina Lohan, Scarpa said she messaged him with "I guess I'm not the only one," and he quickly began backtracking. Nadler actually called Scarpa and claimed the entire thing was a misunderstanding.

According to the voicemail, obtained by The Blast, Nadler said "This whole thing is silly ... with Lohan mentioning me on that show." He added, "It’s just been stupid with all these things being said in the press" and promised to take her to a big dinner some day ... after he's done dealing with his mother.

Scarpa says she's "surprised" Dina fell for Nadler's scheme, but wants to share her own story as a precaution to anyone else who may be contacted for a special Facebook relationship.

As we reported, Nadler claimed he was going to Facetime with Dina as part of the "Celebrity Big Brother" finale, however that did not happen. Lindsay Lohan's mom is now out of the house, but has not yet given an update on her relationship status.

The Blast spoke with Jesse Nadler, and he believes the entire situation is a misunderstanding. Nadler says he "loves" and "respects" Scarpa, but that he has no romantic feelings for her, although he admits he can be "flirty." He chalks up the "I dumped Dina" message to something sent after a fight with Dina, and says the two have had arguments during their relationship. Although he claims to have no romantic feelings for Scarpa, he stresses that she's "marriage material."

Nadler says he is a fan of Scarpa but believes women may be coming out to accuse him of other relationships now that he is in the spotlight. However, Nadler has no hard feelings, and promises that when he buys a beach house in Westhampton, NY, Scarpa will be invited to his parties.

He also makes it clear, "I'm with Dina."