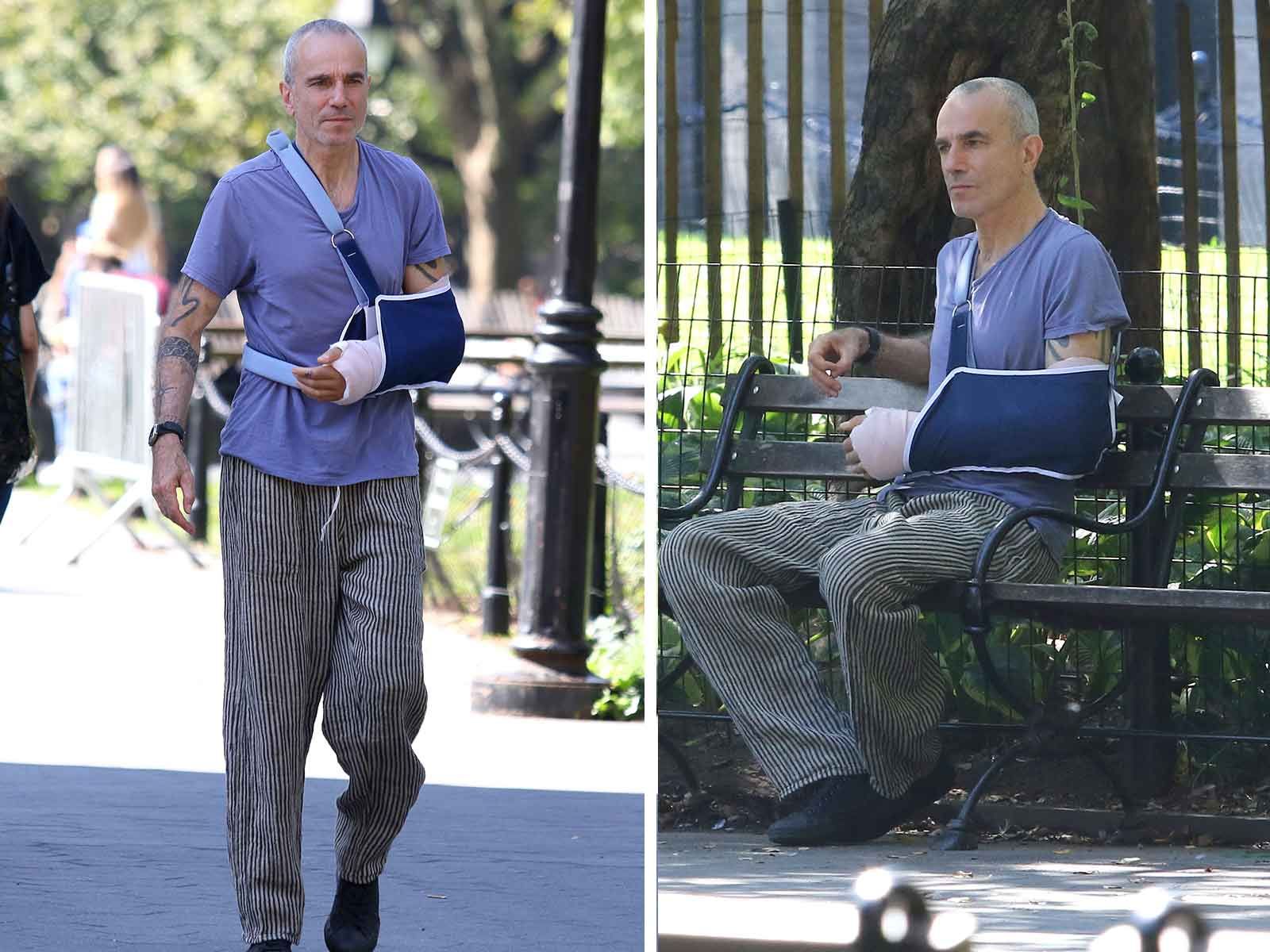 The actor was spotted out in an NYC park this week wearing a huge cast on his arm.

According to Page Six, Day-Lewis reportedly broke his elbow in a motorcycle accident.

The five-time Oscar winner retired from acting earlier this year so he's got loads of time to be on the mend.