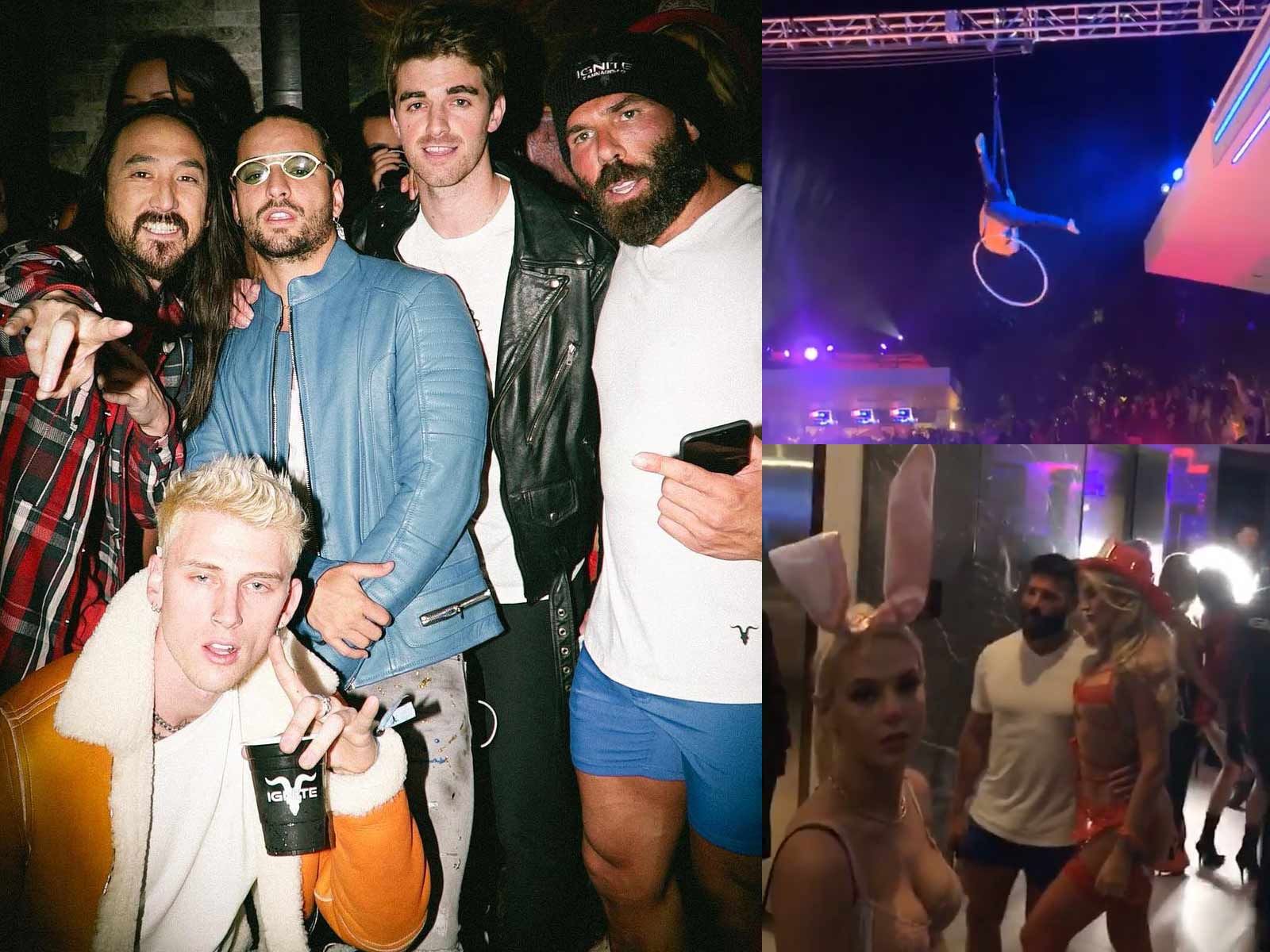 The party went down Thursday night at his Bel-Air mansion and the guest list included the usual suspects: dozens of scantily clad ladies and some A-list pals including Machine Gun Kelly, Steve Aoki, Maluma and The Chainsmokers' Drew Taggart.

Bilzerian brought in some top notch entertainment to the Ignite marijuana-sponsored party. There were mermaids swimming around in the pool, ballroom dancers, a marijuana bar, and a DJ set from Alesso who was hilariously dressed as Post Malone.

Bilzerian's cannabis company, Ignite, has been growing in popularity since its recent launch. By partnering with celebs and throwing parties centered around the company, Bilzerian is starting to mount himself as a serious player in the cannabis world.

However, all his spooky shenanigans at the party paled in comparison to the true highlight: pumpkin carvings of witches having sex.

Now that's how you celebrate the spooky season.