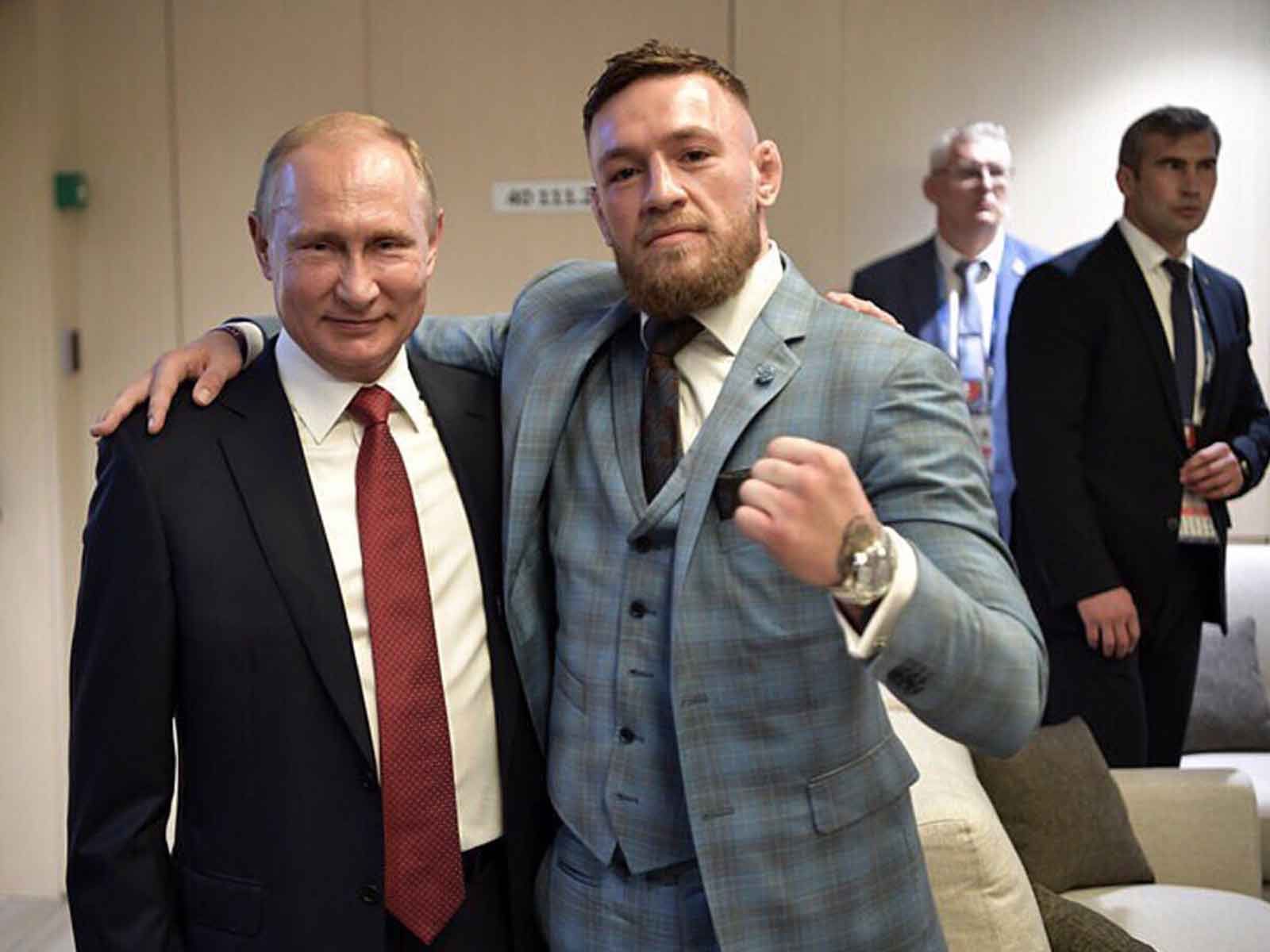 Conor McGregor was the guest of Russian president Vladimir Putin for the World Cup final today in Russia and the UFC star had plenty of nice things to say about his comrade Vlad.

McGregor posted several photos from the match including one with his arm wrapped around Putin. He captioned the photo, "Today I was invited to the World Cup final as a guest of Russian President Vladimir Putin."

He continued, "This man is one of the greatest leaders of our time and I was honored to attend such a landmark event alongside him. Today was an honor for me Mr. Putin. Thank you and congratulations on an amazing World Cup."

McGregor posted another photo from his seat, writing, "Enjoying the World Cup final in Russia. A truly amazing spectacle!"