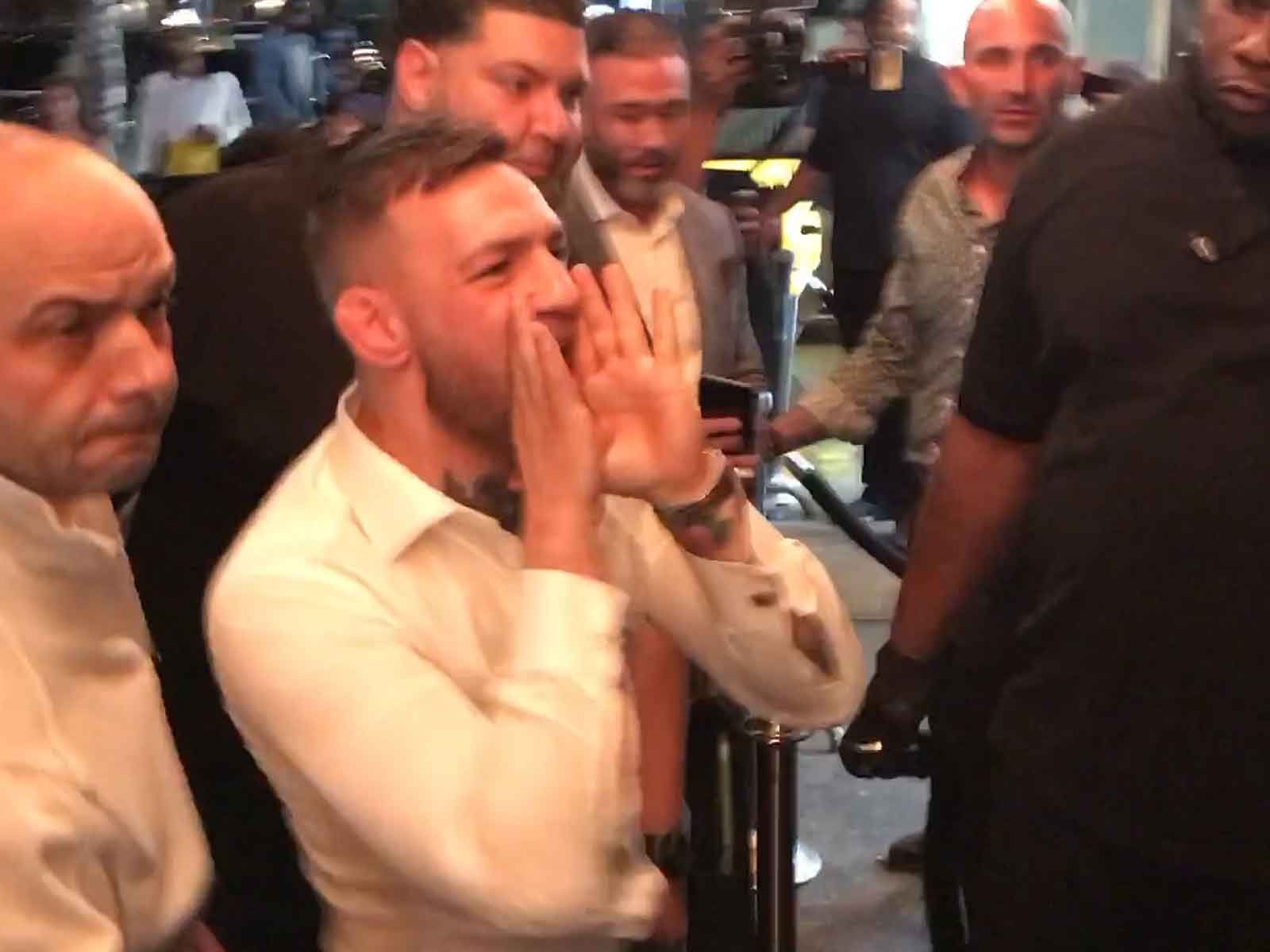 Conor McGregor paid homage to the great William Wallace while out celebrating his legal TKO.

The Notorious was heading into Up&Down nightclub Friday evening in NYC when he was asked about the plea deal he cut to avoid jail time in the bus attack case.

McGregor responded by cupping his hands around his mouth and belting out "Freedom!" The move by the Irishman is a nod to Mel Gibson's iconic Scottish hero in "Braveheart."

The UFC fighter has a lot to celebrate. Not only did he get his felony charges dismissed and only be sentenced to a little bit of anger management and community service, but he also announced that he's expecting another child with longtime girlfriend Dee Devlin.