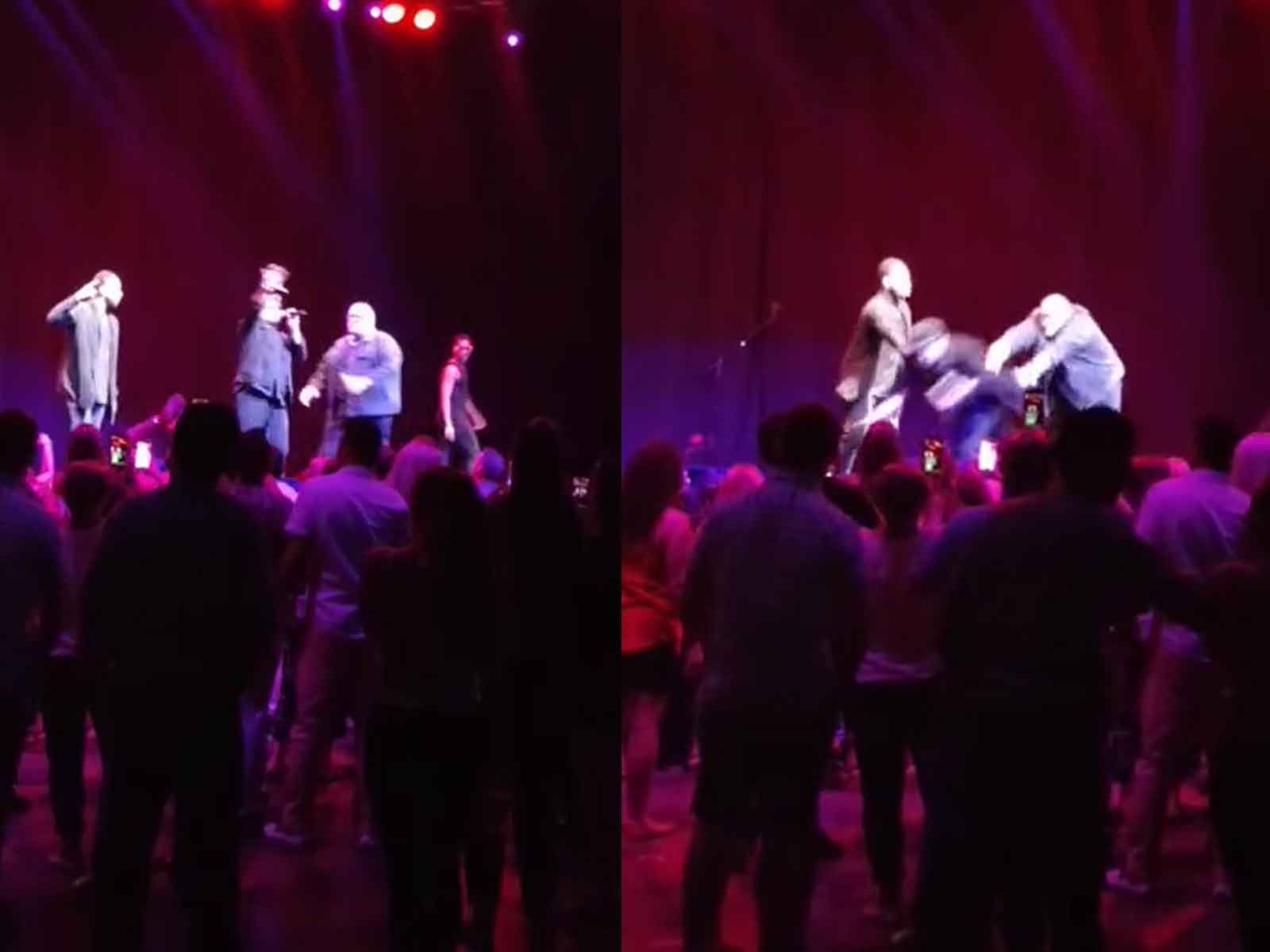 9:10 AM PT: As far as what prompted the shoving from Abrams, officers tell us "Alcohol was a factor." It's interesting, Abrams was not onstage during the performance of "I Wanna Sex You Up," and appeared uneasy on his feet as he shoved Calderon to the ground.

He was then escorted offstage by another member of the group while someone got on the mic and began to apologize for the incident.

Calderon fell into some sound equipment when he went to the ground, he was transported by ambulance to a nearby hospital and treated and released for neck and back pain.

R&B group Color Me Badd is going to need an emergency band meeting after the lead singer found himself behind bars for attacking a bandmate during a live performance.

Bryan Abrams was arrested Sunday night at Del Lago Casino in Tyre, New York and charged with attempted assault in the third degree. Video from the night's concert appears to show Adams trudging out onstage while the group sang their iconic 1991 hit, "I Wanna Sex You Up," and then shoving second tenor Mark Calderon.

According to court records, Abrams was released at 3:21 AM.

It's currently unclear what sparked the incident between him and Calderon, or what the future holds for the band.