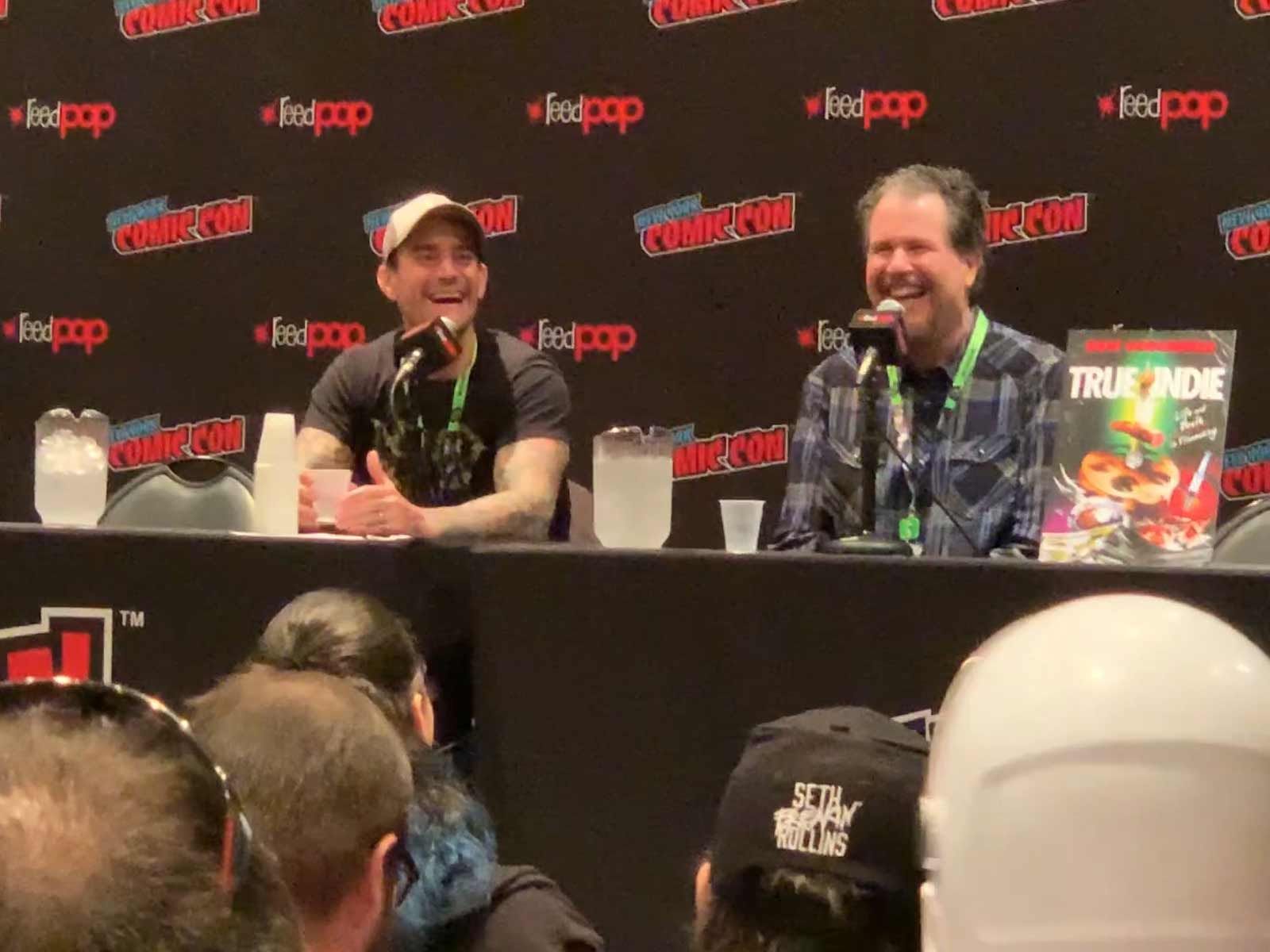 CM Punk has just closed the door and nailed it shut on the opportunity to fight "Power Rangers" star Jason David Frank.

Punk was participating in a panel at NY Comic Con and was asked if there's a chance he'll ever return to the WWE. He didn't sound too interested, but when the topic of the Green Power Ranger came up he was a bit more forthcoming on a definitive answer.

The MMA star was appearing on a panel with horror director Don Coscarelli discussing his memoir "True Indie: Life and Death in Film Making," and was asked if he will ever take Frank up on his challenge for a fight.

Punk laughed and made it clear: "I will not consider fighting any YouTube celebrities."

However, he's currently 0-2 in actual MMA events since turning pro, so maybe squaring up for a fun exhibition match isn't the worst thing for his career.

We happened to run into Frank earlier in the week at the same event and he was still game for the match, and thinks he can get a victory without even training.