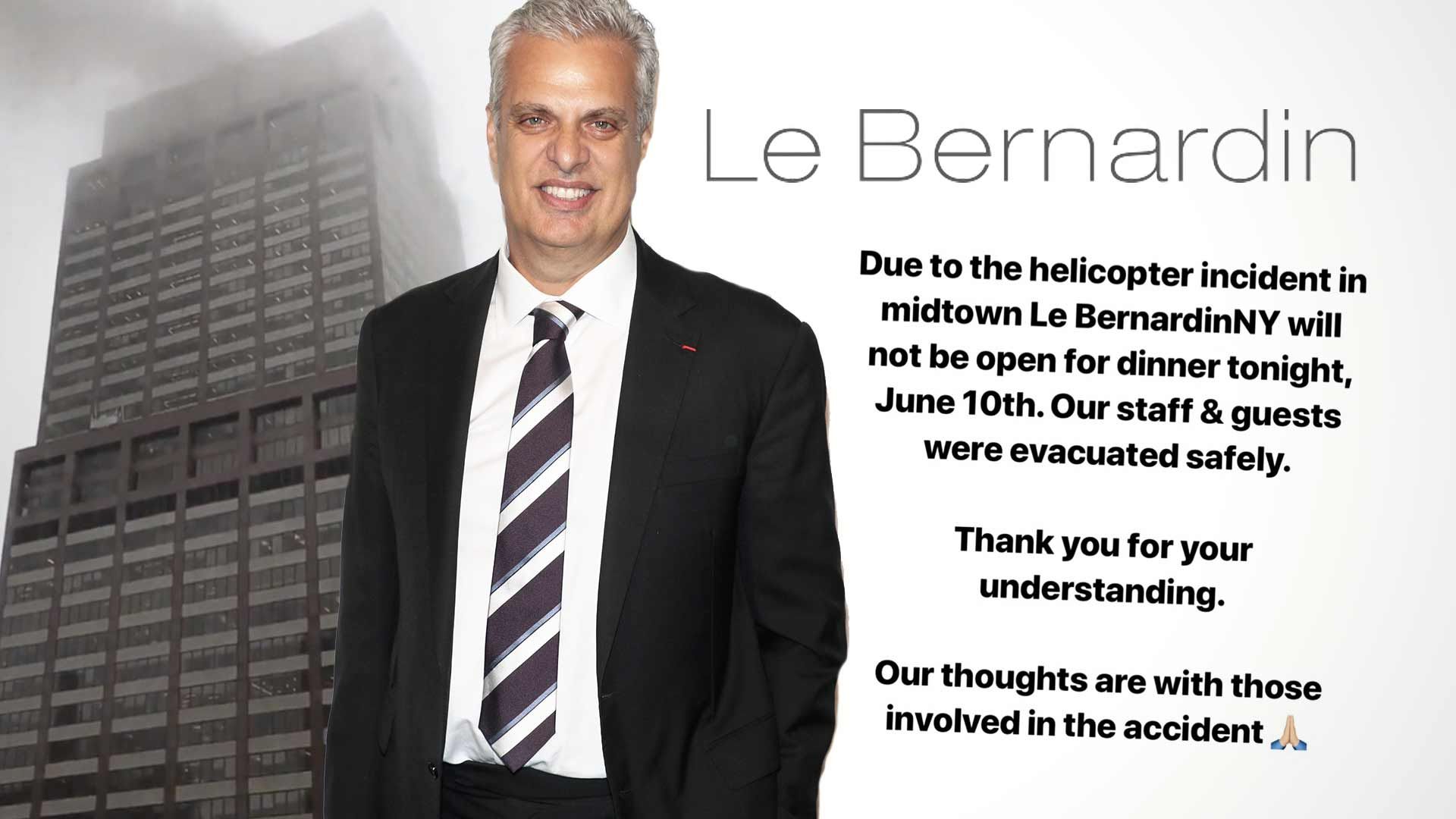 Eric Ripert's famed restaurant was evacuated after a tragic helicopter crash in New York, and the chef says they were able to evacuate all of their patrons and employees safely.

Ripert's elite French eatery, Le Bernardin, is located on the bottom floor of the building in Midtown Manhattan that was involved in a deadly helicopter crash on Monday morning.

Shortly after the crash, Ripert let fans know, "Our staff & guests were evacuated safely," adding that Le Bernardin "will not be open for dinner tonight."

Ripert, who has been a frequent judge on Bravo's "Top Chef," as well as the best friend of the late Anthony Bourdain, recently announced that chefs around the world will recognize June 25 as "Bourdain Day," in honor of the star who died last year after committing suicide.

In regards to the chopper crash, it is being reported that the pilot died while crash-landing the aircraft on top of a building. The fire has since been extinguished while the scene is still under investigation.

President Trump also spoke on the incident, and let officials know, "The Trump Administration stands ready should you need anything at all."