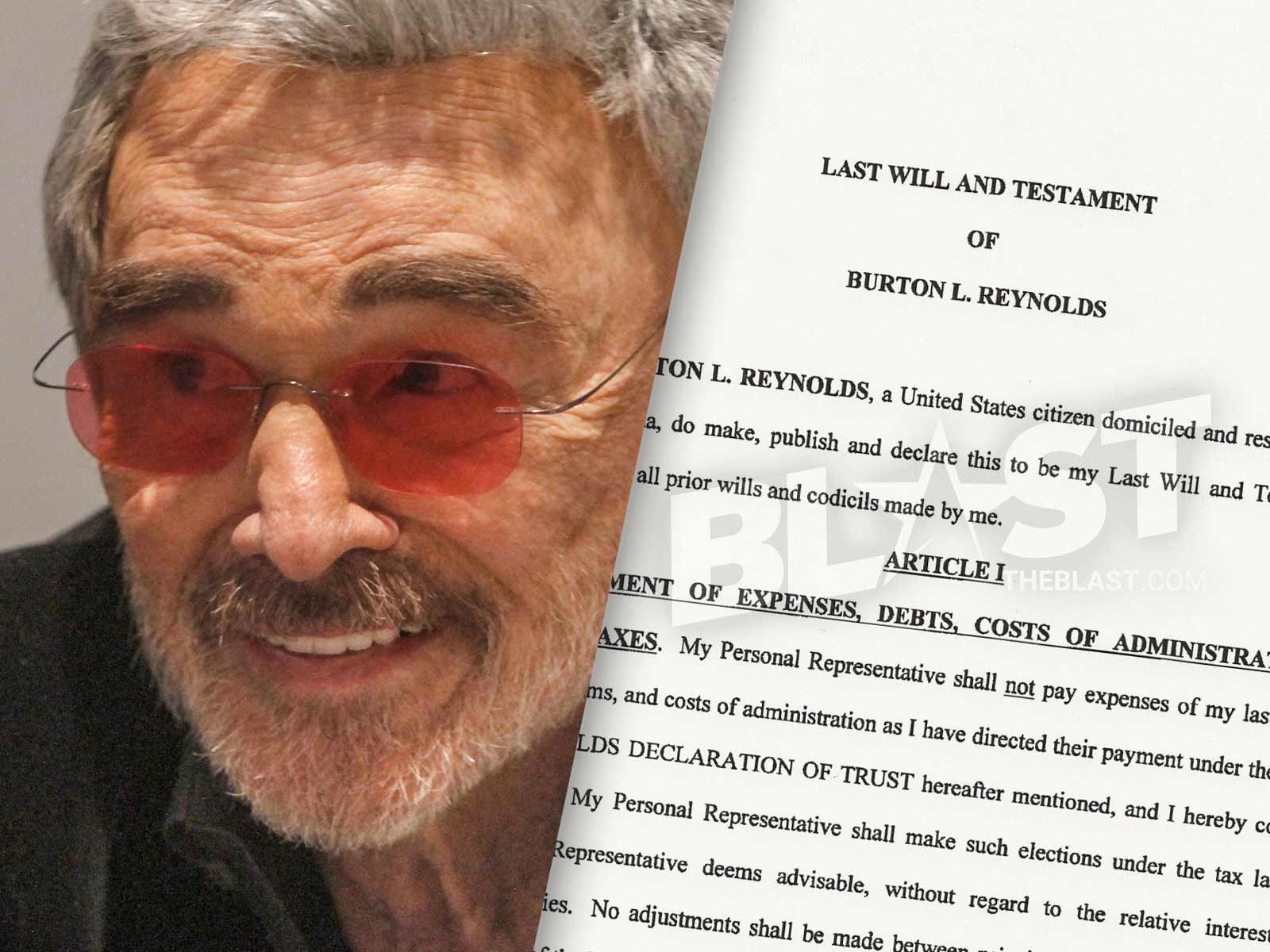 Burt Reynolds' Will Puts His Niece in Charge of His Estate

Burt Reynolds' Will calls for his niece to be in charge of his estate and not his son.

According to court documents obtained by The Blast, Reynolds' Will was filed in Florida court on Monday. The Will was signed by Reynolds in October 2011.

In the document, Reynolds names his niece, Nancy Lee Brown Hess, as the personal representative of the estate. Reynolds put all his possessions into a Trust, which Hess is now in charge of.

Reynolds did make mention of his son, Quentin, but only to say, "I intentionally omit him from this, my Last Will and Testament, as I have provided for him during my lifetime in my Declaration of Trust."

It is unclear what the terms of the Trust were.

The legendary actor who starred in classic films like "Smokey and the Bandit," "The Cannonball Run," "Deliverance," and "Boogie Nights" — passed away on September 6, He was 82.

Reynolds died in a hospital after going into cardiac arrest at his home.

The Martin County Sheriff's office released the 911 call made by an unidentified male who advised emergency responders that Reynolds was experiencing trouble breathing and chest pains.