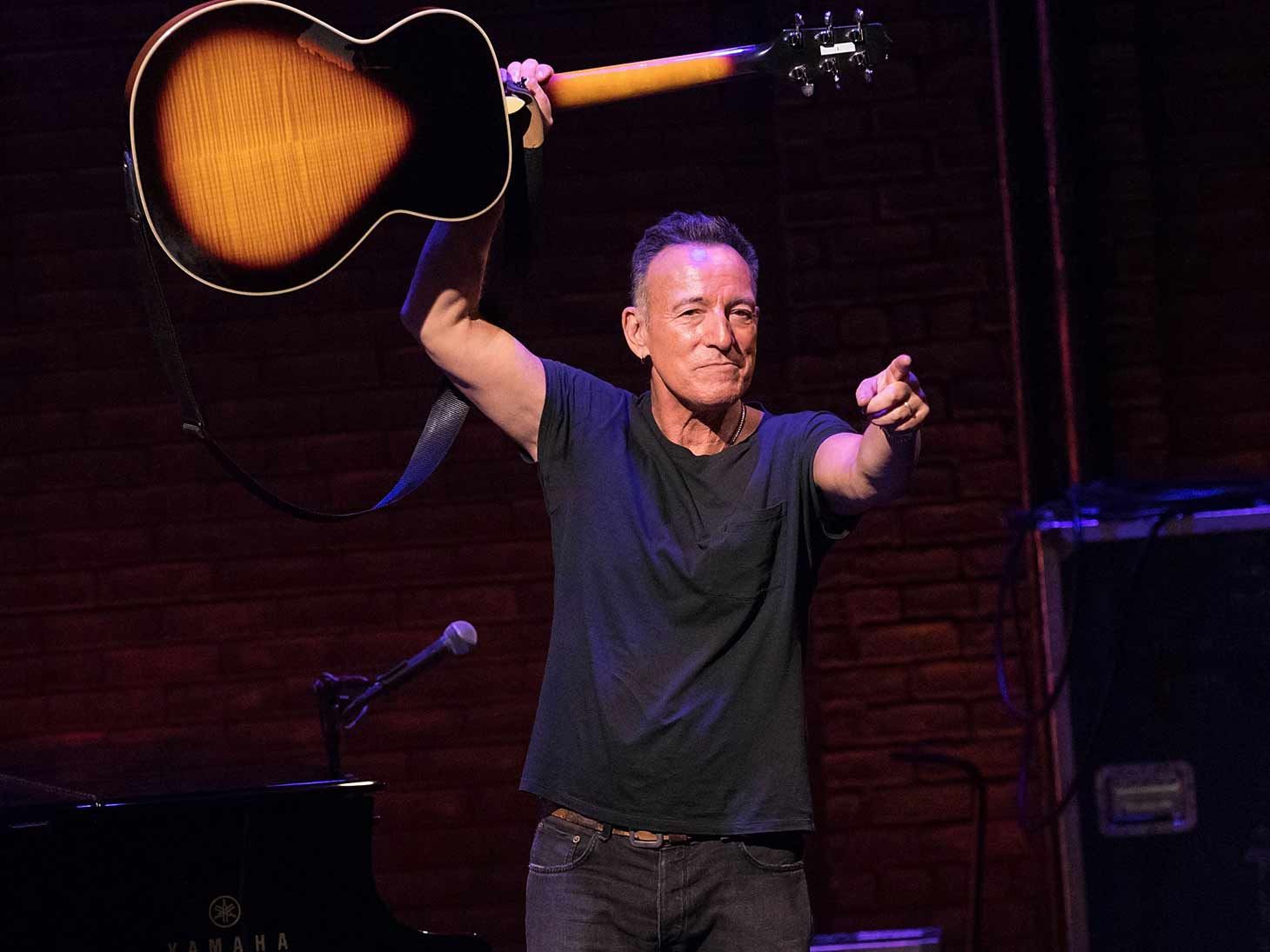 Bruce Springsteen Parties With the Crew After Completing Broadway Run

Bruce Springsteen celebrated the end of his hit Broadway show with the people that helped make it happen: his crew.

The Boss ended his epic Broadway run of "Springsteen on Broadway" with an epic final show on Saturday night at the Walter Kerr Theatre. Springsteen played 236 sold-out performances of the hit play.

Following the final show, Springsteen was photographed by Danny Clinch at a bar with the crew.

"After the last show, Bruce and Patti come to the crew party and Bruce jumps up on the bar to toast to the team that supported him on the run !" Clinch captioned the photo. "You can take the man outta Jersey but.... @springsteen @officialrumbledoll."

The hit show is currently available on Netflix, where it is receiving rave reviews.