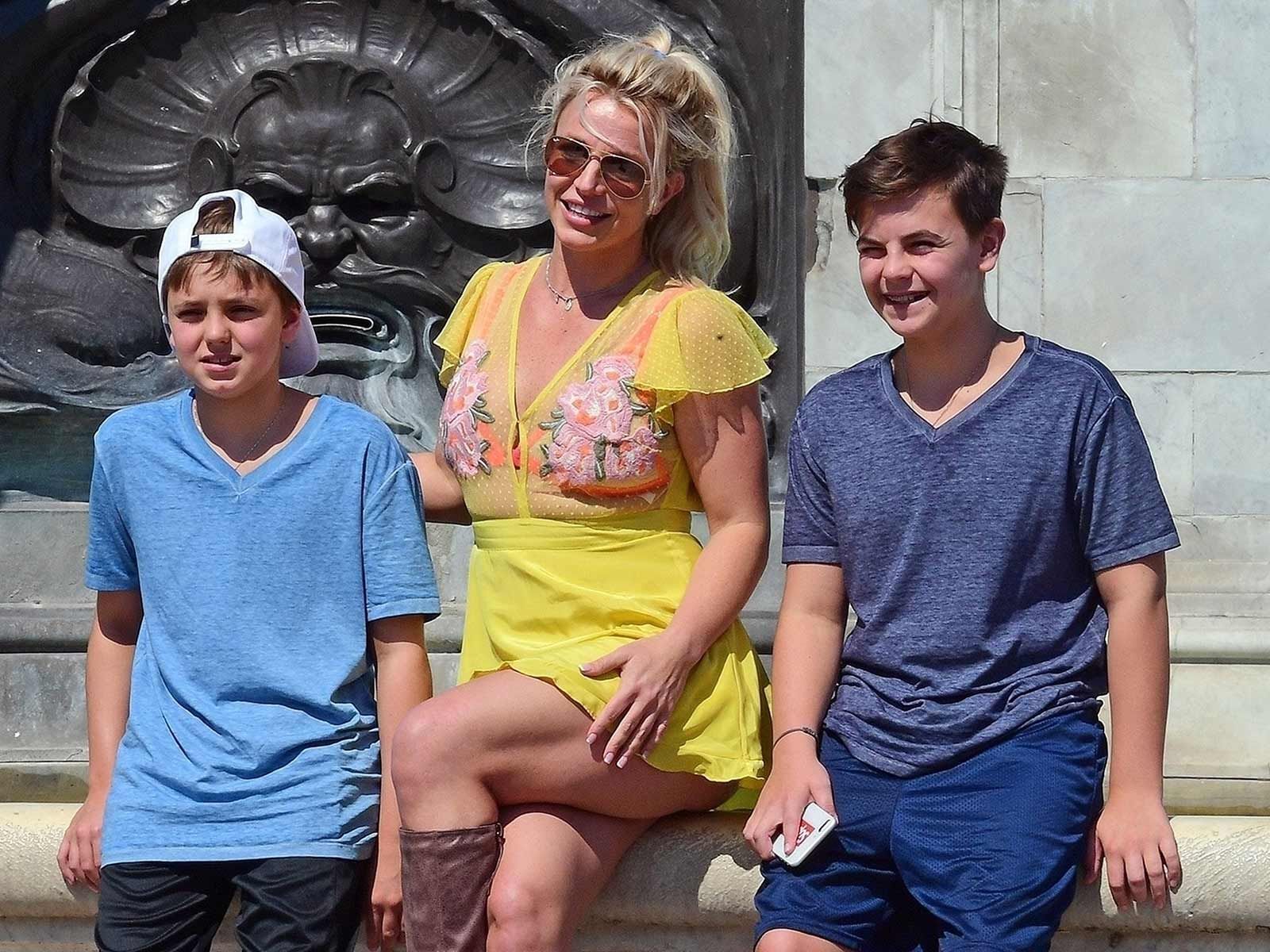 Britney Spears is the True Princess of Pop Outside Buckingham Palace

Britney came close to overthrowing the Royal throne when she stopped for a photo session outside the palace with her boys ahead of her big U.K. concert.

The singer has been hitting the tourist trail since arriving across the pond, and has been treating her sons, Jayden and Sean, to a little British culture before her performance at Saturday's Pride Festival in Brighton.

The fam was seen at Buckingham Palace, and Spears looked amazing in a yellow sun dress and boots. It doesn't appear that her boyfriend, Sam Asghari, made the trip.

As The Blast first reported, Kevin Federline has taken Britney back to court demanding more money in child support. One of the things K-Fed noted in his request was the lavish vacations his children go on with their mom, and says that he is unable to provide similar experiences.

However, Spears is an incredibly high earner and has responded that she basically pays for everything with the kids, anyway. Her dad made an offer to up the cash a bit, but Federline didn't take it.

Federline is no doubt paying attention to the summer trip his kids are currently on, as well as Spears' most recent financial filings listing her assets at $56 million.