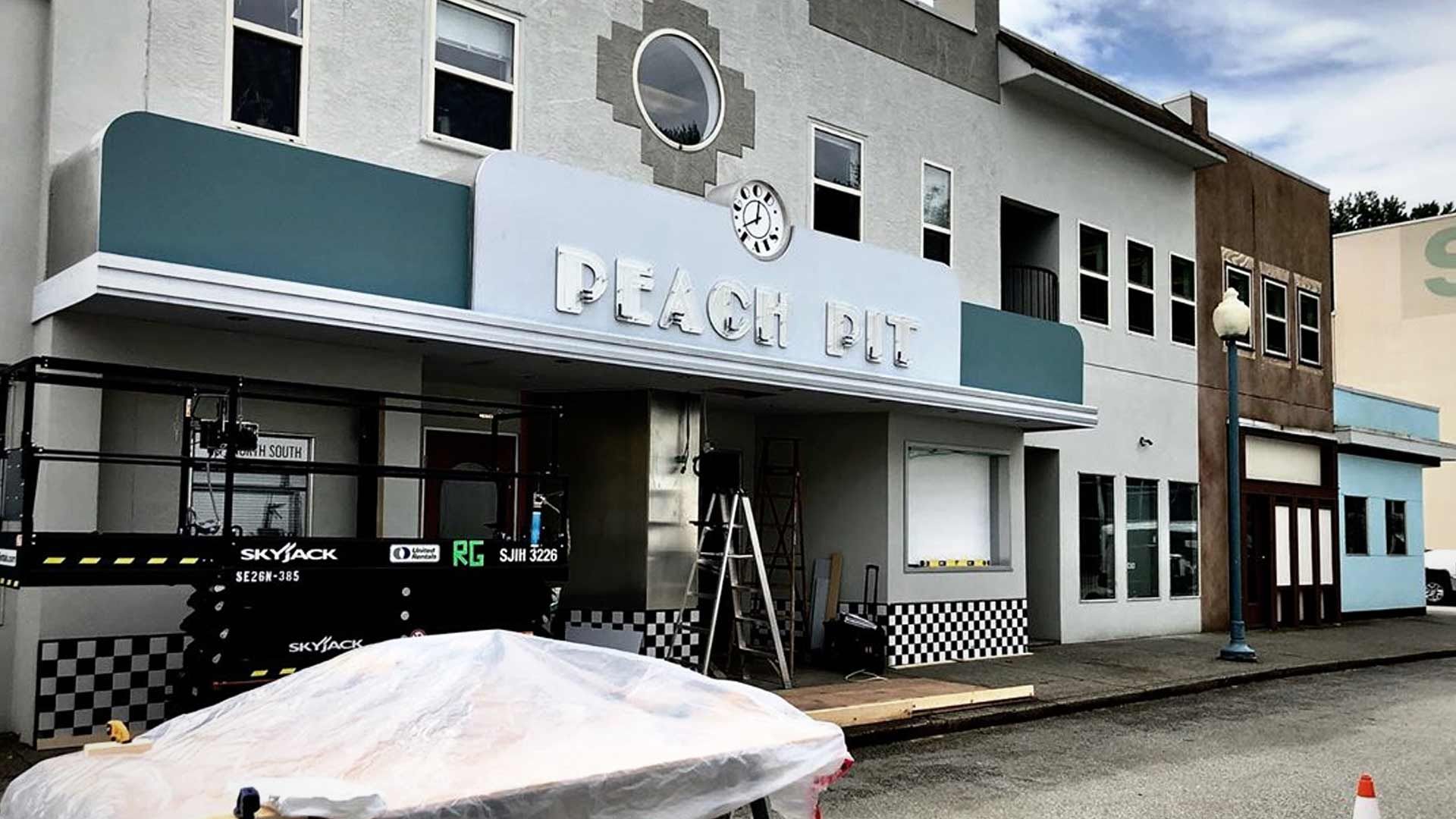 "Beverly Hills, 90210" can't make a comeback without the Peach Pit!

Brian Austin Green shared the first photo of the OG hangout while on the reboot set, and our inner teen is screaming with excitement!

"Pretty f-n nostalgic," the star captioned the shot on Tuesday, showing off the iconic diner from the 90's TV series.

Of course, any true "90210" would know, the Peach Pit was the gathering point for the whole gang. Jason Priestley's character, Brandon Walsh, was an employee there throughout the series, and the diner was owned by Nat Bussichio, played by Joe E. Tata.

Interestingly enough, it hasn't been announced that Tata, 82, is scheduled to make an appearance in the reboot, which has fans wondering if B.A.G. just spilled the beans.

As The Blast reported, despite some rumored drama, the original cast members including Tori Spelling, Jennie Garth, Shannen Doherty, Gabrielle Carteris and Ian Ziering will all be back together again when the Fox reboot airs on August 7.