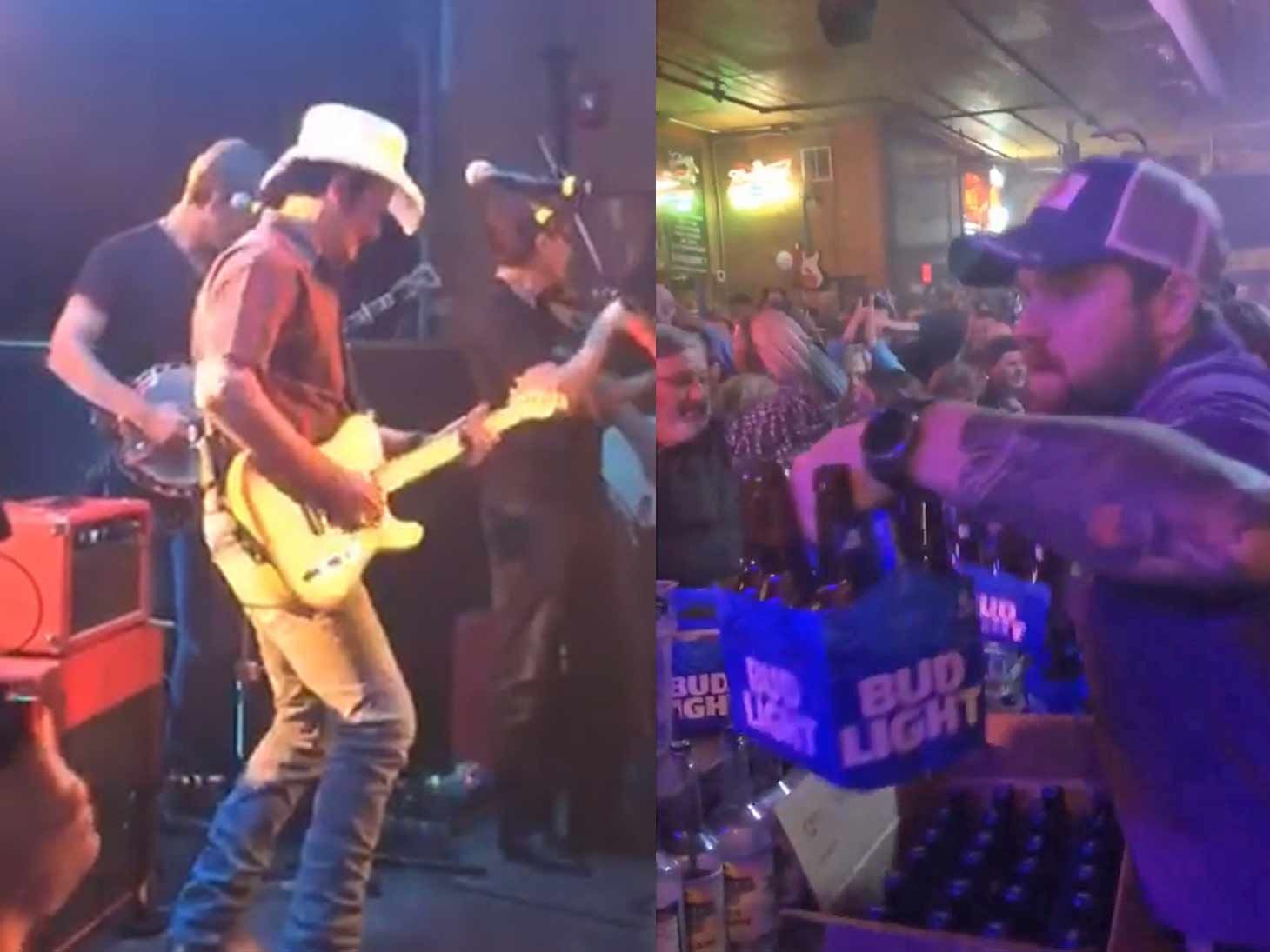 Brad Paisley not only provided the entertainment for a bar in Nashville, he also took care of the refreshments!

The country music star showed up Tuesday night at Tootsie's Orchid Lounge to film his "Bucked Off" video. Hours earlier, Paisley announced the surprise show and hinted they might be shooting for a video.

Once he was inside Tootsie's, the "Old Alabama" singer announced, "If you don't want to be in the video or you're with someone you shouldn't be with, go home!" He also suggested that those that didn't want to be on camera could, "Stand in the back."

During the filming, Paisley took some time to order a round of Bud Lights for the entire bar! Bartenders couldn't get the suds out fast enough, and just opted to throwing out 6-packs.

Now, that's how you take care of extras!