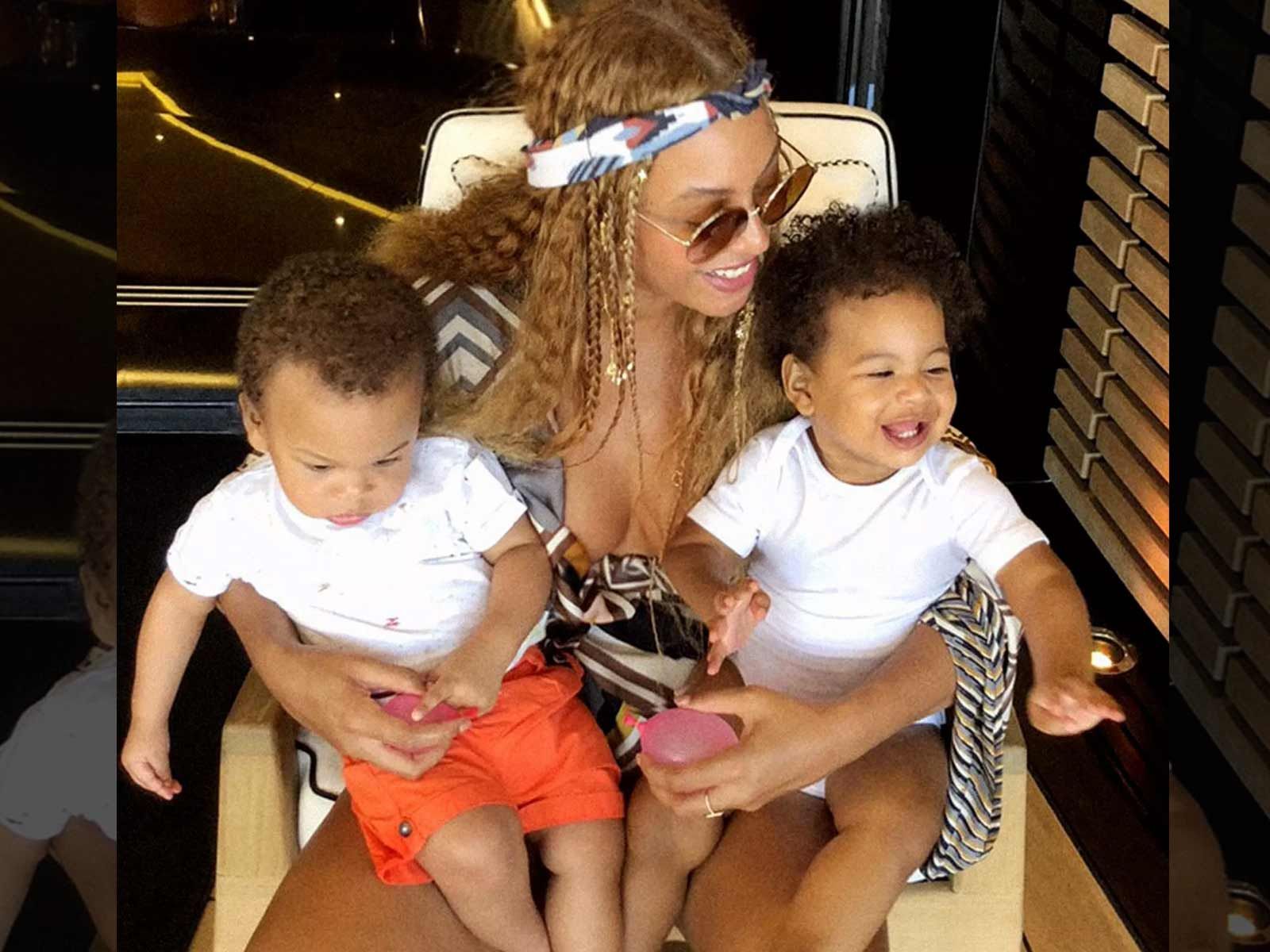 Beyoncé is sharing a new photo of her one-year-old twins.

The "Lemonade" singer is giving us a look inside their trip to Europe, posting a rare picture of Rumi and Sir. Holding both the kids in her arms, a chic and smiling Beyoncé looks cool and collected as she takes a candid shot with the 13-month-olds.

Bey and Jay-Z have been in Europe with their family for their "On The Run II" tour but made sure to spend some quality time with their three children, including their six-year-old daughter, Blue Ivy. They've been sharing pics of their trip all summer long, but this is the first with the twins.

Notice how Bey is strategically covering her stomach with her children ... yeah, those pregnancy rumors aren't going anywhere!

The Carters are now back in the U.S. continuing their shows. Let's just hope there are not another stage malfunctions.