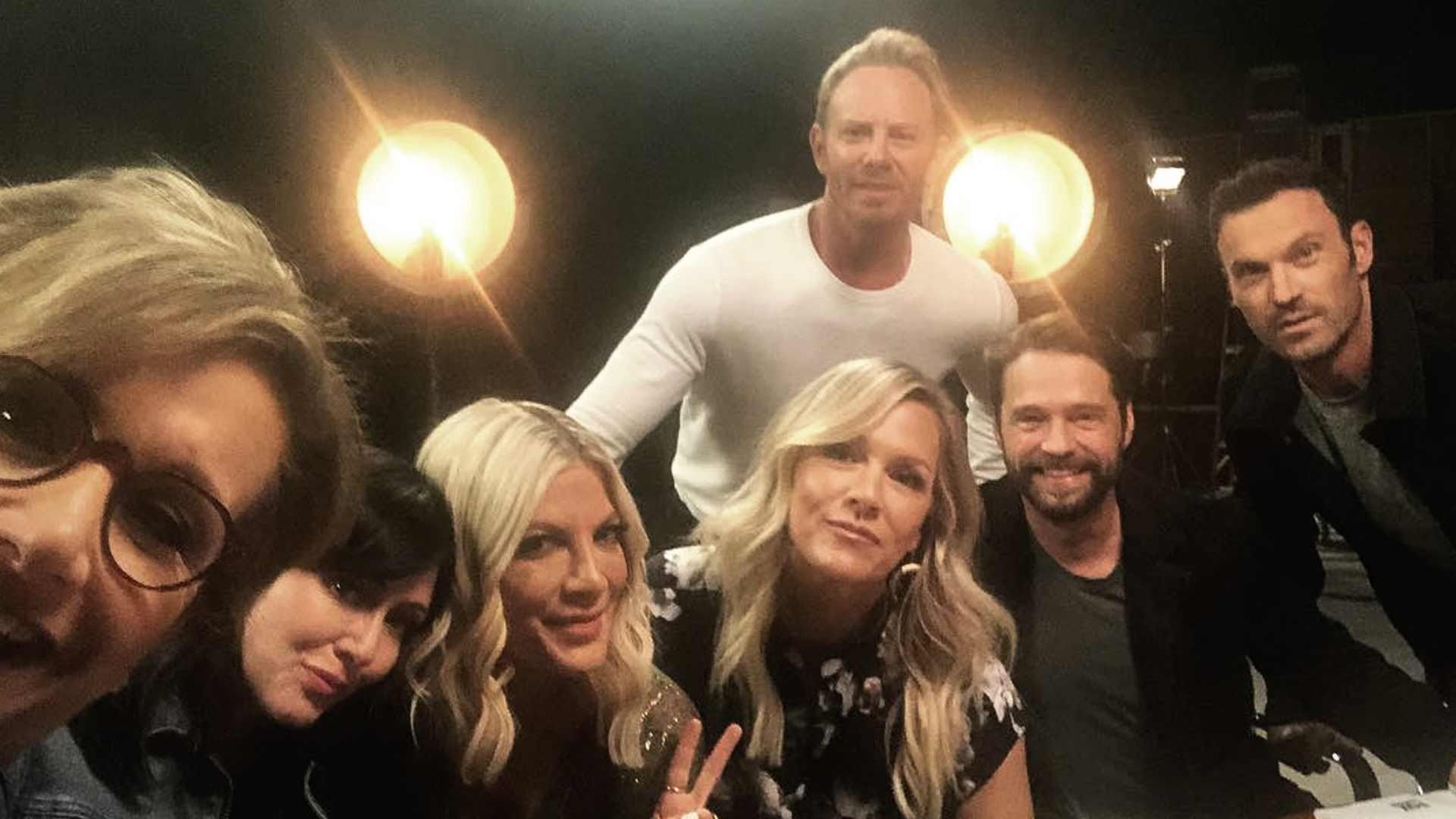 Brandon, Brenda, Kelly, Steve, Andrea, David and Donna all got together for the table read of the pilot episode for their rebooted TV show.

"Working hard! Can’t wait to show you what we’ve been up to!" wrote Gabrielle Carteris, as she sat with a script while surrounded by her "Beverly Hills, 90210" co-stars.

It's the first time the group has assembled since the announcement of the TV show, which recently added Shannon Doherty to the roster. Along with going over the script, Tori Spelling, Ian Ziering, Brian Austin Green, Jason Priestly and Jennie Garth shot promos for the FOX show.

Obviously, the absence of Luke Perry has been felt by all the stars, who have been sharing memories of their fallen co-star.