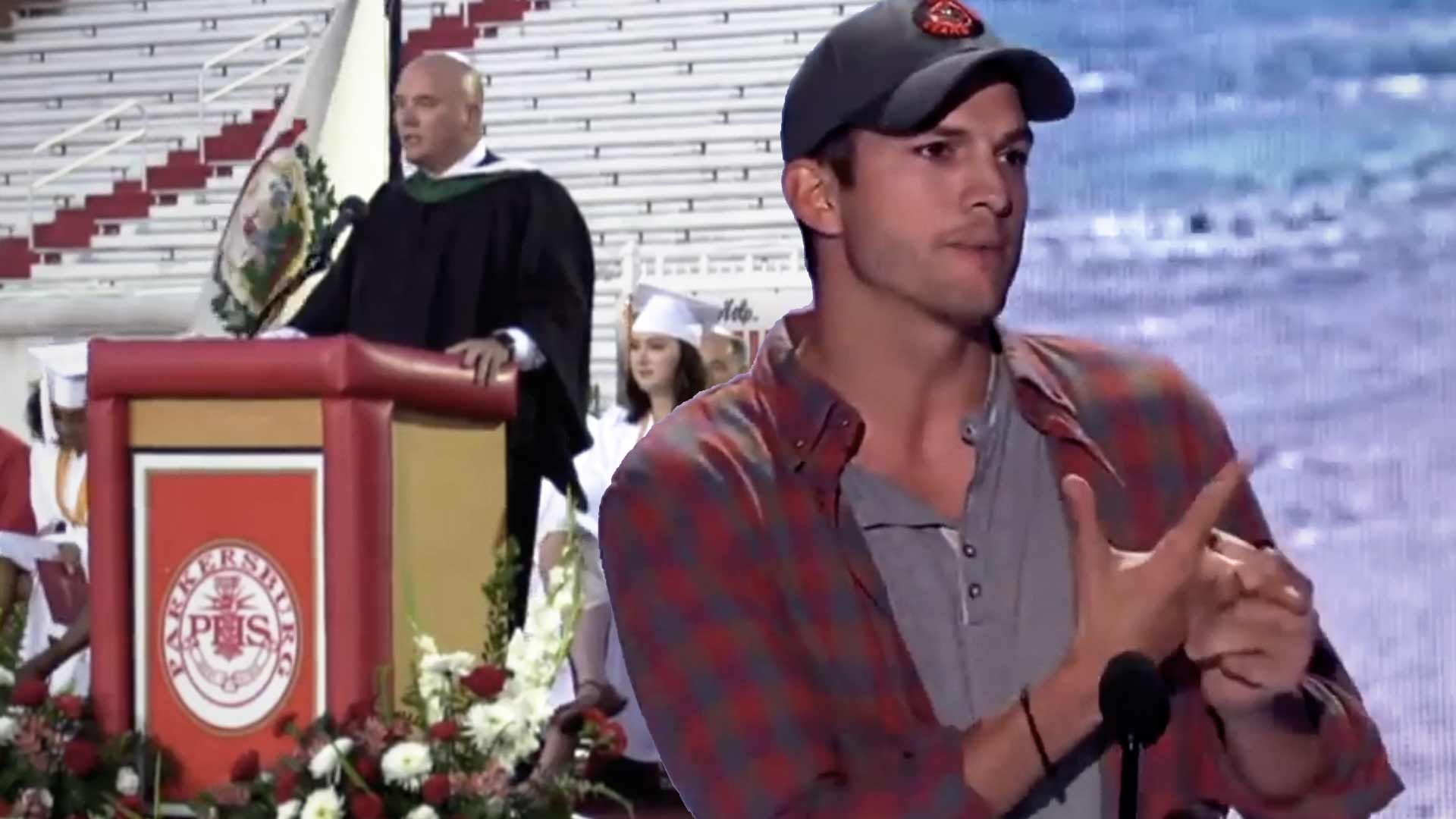 A West Virginia principal is being accused of ripping off Ashton Kutcher for his speech to graduates last week.

Abby Smith, a student at Parkersburg High School posted a video earlier this week of principal Kenny DeMoss giving his speech, alongside video of Kutcher speaking at the 2013 Nickelodeon Teen Choice Awards.

She posted the video with the caption, "Here is my principal, plagiarizing his entire graduation speech."

The two speeches contained numerous similarities, including a section about how "opportunities look a lot like work."

DeMoss issued an apology, saying, "As a proud father and a man of faith, I want to sincerely apologize to those I have obviously offended ... It’s totally my fault for not being specific, but I would have to give credit for the format to Ashton, and many of the other things I've heard to various people, and at the closing of a graduation it’s my job to get them out of there and celebrate, and unfortunately when I don’t cite everyone, I'm personally taking a hit. Lesson learned for me."

Smith told the Parkersburg News and Sentinel that she did not see DeMoss' statement as being satisfactory.

She said, "I didn’t see it as an apology, but as a deflection, which is all too common in our public discourse. I think that Mr. DeMoss holds a position of authority and leadership in Parkersburg High. If I am held to a high standard, I believe that my administrators and faculty should also be held to the same standard.

Smith has claimed that DeMoss blocked her on social media after she posted the video.

Ashton Kutcher probably has more important things on his mind this week.