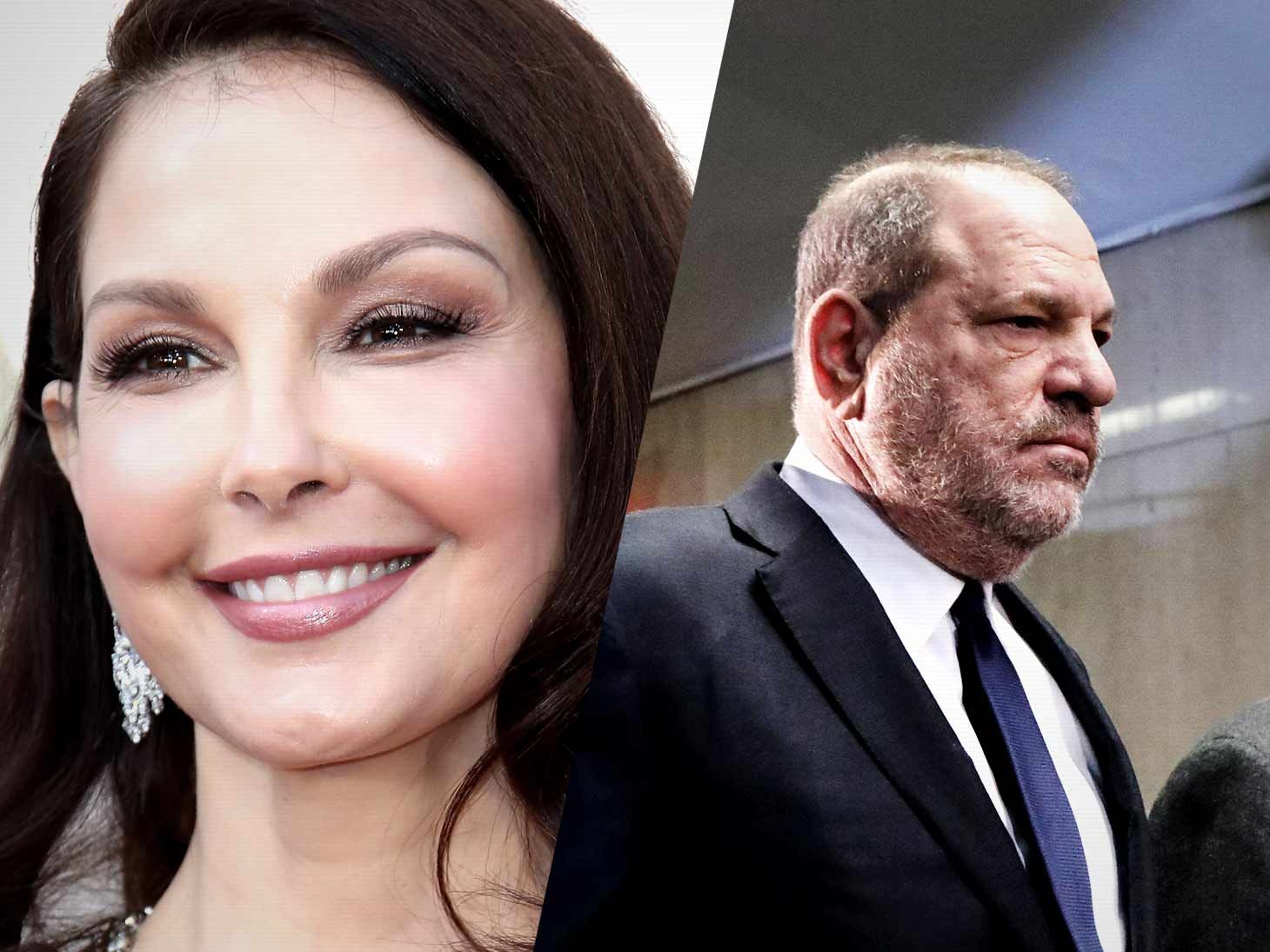 Ashley Judd wants a judge to deny Harvey Weinstein’s attempt to put her lawsuit on pause, arguing if the disgraced film producer has no problem smearing his accusers in the press, then the case can continue on.

According to court documents obtained by The Blast, Judd is asking the judge to deny Weinstein’s motion to stay her case until the outcome of his criminal case. He argued he would invoke the Fifth Amendment and not answer questions if the case moved forward.

Judd says Weinstein’s motion to stay was a “cookie-cutter brief that is almost identical to stay motions he previously filed in two other cases.”

She points out how Weinstein has gone to great lengths to suppress allegations against him "and he has continued even post-indictment to try and smear his accusers, whether through purported 'world exclusives' or through photos of himself smiling with accusers that he has stockpiled and now seeks to leverage in an extra-judicial press offensive."

Judd adds, “A stay would allow Weinstein to continue litigating this case in the shadows, while denying Ms. Judd the opportunity to obtain evidence from, among others, Weinstein himself and the many women he has silenced with non-disclosure agreements.”

She says if the judge orders her case to be put on hold, it will “allow Weinstein to continue the practices he has reportedly used to great effect over the past several decades.”

Judd says she will be sensitive to Weinstein’s criminal case scheduling but argues there is no reason he cannot testify under oath about her case. Judd says the facts of her case do not overlap with the allegations in the criminal case and is demanding her case continue on, despite his pleas.

Last month, Weinstein filed court docs in Judd’s lawsuit demanding the case be put on hold until the outcome of his pending criminal case.

Harvey Weinstein’s lawyer wrote, “It is well-settled that a civil action should be stayed pending a related criminal action involving similar conduct where the defendant risks incrimination. Here, given the overlap between the criminal and civil matters, a stay is warranted as Weinstein is unable to respond to the factual allegations of Plaintiff’s First Amended Complaint, respond to or participate in the discovery process, or otherwise litigate this matter, without invocation of his constitutional rights against self-incrimination.”

Ashley Judd sued Harvey Weinstein last year, accusing him of torpedoing her career after she turned down his sexual advances.

Judd claimed she met with Peter Jackson in or around 1998 to discuss playing one of two different major roles in the “Lord of the Rings” trilogy. She said Jackson expressed to Miramax at the time that they wanted to cast her, but Weinstein intervened.

She said Weinstein “torpedoed Ms. Judd’s incredible professional opportunity when he told Mr. Jackson and Ms. Walsh that the studio had had a ‘bad experience’ with Ms. Judd, and that Ms. Judd was a ‘nightmare’ to work with and should be avoided ‘at all costs.'”

Judd said he succeeded in blacklisting Ms. Judd and destroying her ability to work “on what became a multi-billion-dollar franchise with 17 Academy Award wins and many more nominations.”

She said the “baseless smears” were simply retaliation for “against Ms. Judd for rejecting his sexual demands approximately one year earlier, when he cornered her in a hotel room under the guise of discussing business.”

The actress sued for sexual harassment and defamation and sought unspecified damages.

Weinstein demanded the lawsuit be dismissed, claiming Ashley Judd filed way past the statute of limitations.

He also pointed out that Judd is suing over one specific incident, saying, “Weinstein’s alleged unwanted sexual advances occurred on a single day and consisted of him asking to give Plaintiff a massage, asking her to help him pick out clothes, and asking her to watch him shower. These allegations fall far short of meeting the ‘pervasive or severe’ required element.”

In January, a judge dismissed the sexual harassment claim but is allowing Judd to move forward with her claim Weinstein ruined her career.