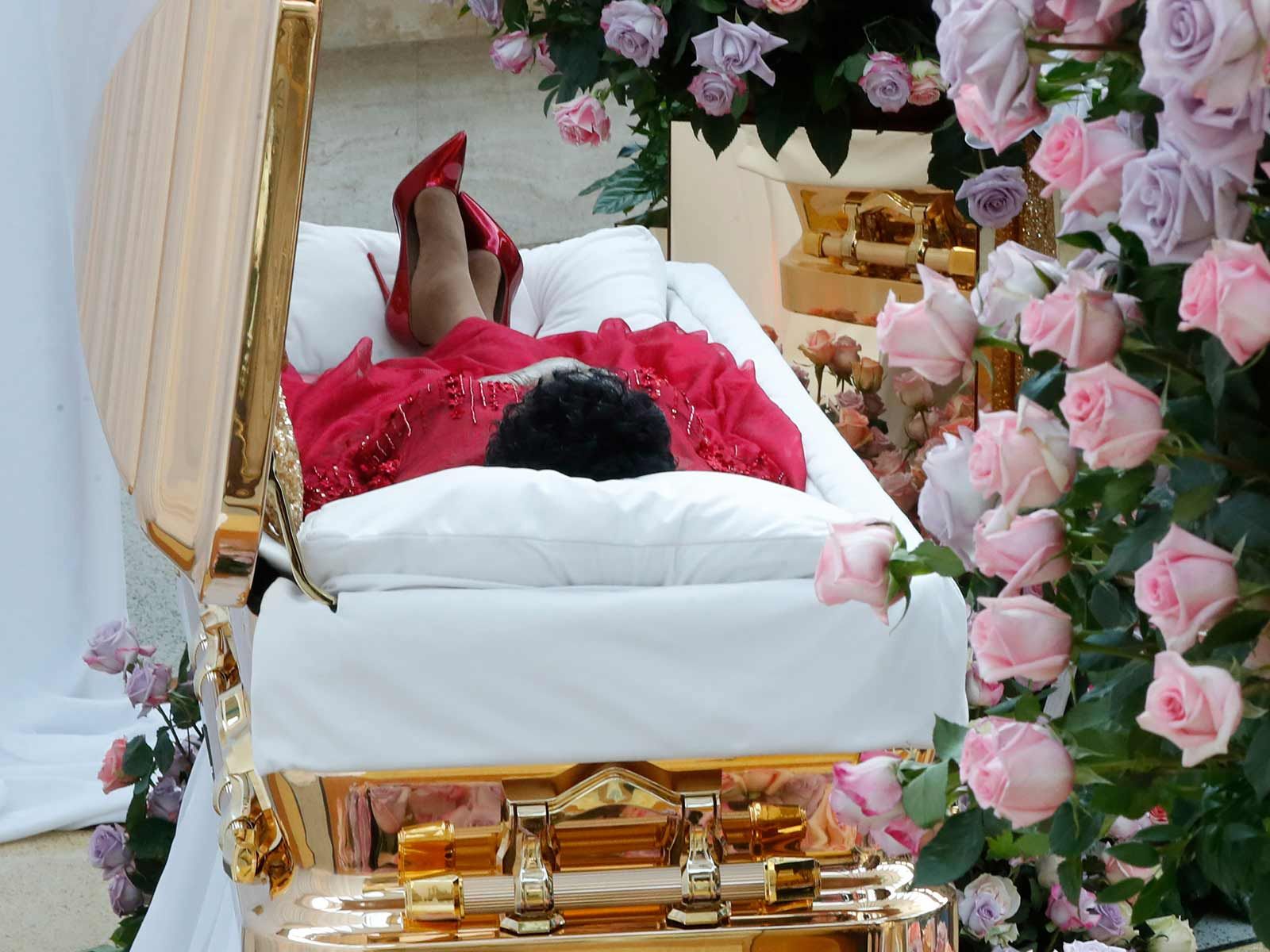 Aretha Franklin Gets the 'Solid Gold' Treatment at Public Viewing

Aretha Franklin's body has arrived at her celebration of life, and the Queen of Soul is resting in a shimmering gold casket.

Franklin was transported Tuesday morning to the Charles H. Wright Museum in Detroit for the event as huge crowds of people lined up around the block.

The legendary singer will lay in repose as the public pays their last respects. She is dressed in a lace-trimmed ruffled suit with crimson satin pumps.

Franklin is no stranger to "Solid Gold," she was on the famous TV show multiple times back in the day to deliver powerhouse performances.

As The Blast reported, not only is her coffin luxurious, but Franklin will be transported around Detroit in a 1940 LaSalle Funeral Coach during the 4-day festivities that culminates with her entombment at Woodlawn Cemetery.