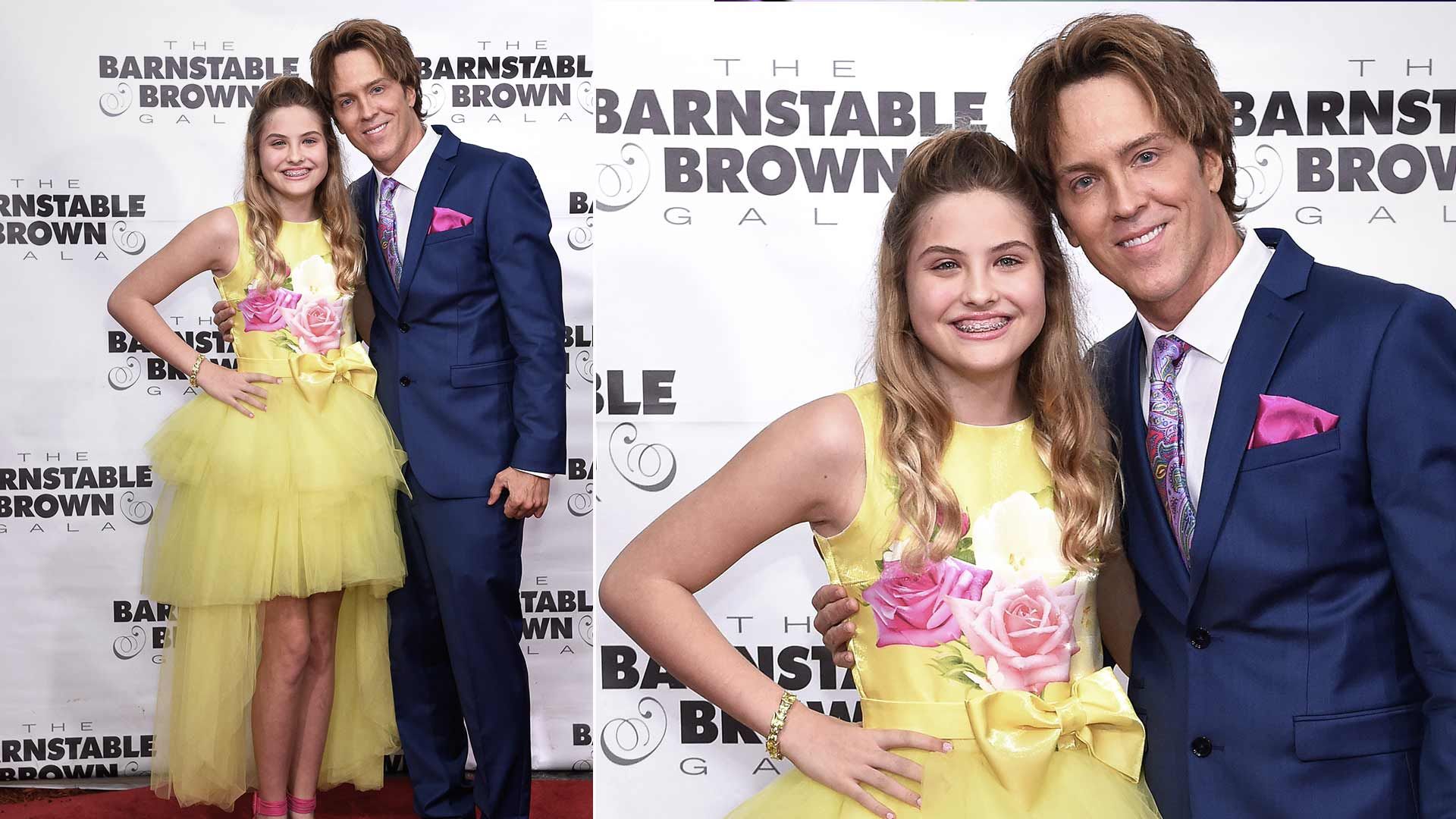 Anna Nicole Smith's Daughter, Dannielynn Birkhead, Is All Grown Up at the Kentucky Derby

The 12-year-old daughter of the late Anna Nicole Smith participated in her annual tradition of attending the Kentucky Derby with her dad.

Danielynn and Larry Birkhead were photographed Friday at the 31st Barnstable Brown Kentucky Derby Eve Gala, which is held annually at the home of socialite, Patricia Barnstable Brown at her mansion in Louisville, KY.

Larry wore a navy suit while Danielynn went with a yellow floral dress along with pink heels. She was also sporting a set of braces on her teeth, which serves as just another reminder of how much the child has grown.

It's been 12 years since Anna Nicole Smith died at the Seminole Hard Rock Hotel & Casino in Florida of a prescription drug overdose.

Danielynn was 5-months old at the time of her mother's death, but every year she returns to the Kentucky Derby with father, Larry Birkhead, in honor of the first meeting between Larry and Anna Nicole Smith.